Austin Miller
02/09/2020
Racing and Nacional are each perfect through two matches, while Alianza Lima and Estudiantes de Mérida look to regroup and rebound.

Racing Club started their Libertadores by going 1-0 down in Venezuela against Estudiantes de Mérida in the early stages of the second half. On the ropes, and in danger of facing a difficult path forward in a tricky Group F, Sebastián Beccacece’s men responded. A goal from Reniero was followed by a winner from Zaracho and Racing took all three points from their Libertadores opener.

On Matchday 2, Beccacece’s men scored in the early stages of the second half to defeat Alianza Lima 1-0, giving them six points from a possible six to start their Libertadores campaign.

Uruguayan giants Nacional were efficient in recording a pair of 1-0 wins against Alianza Lima and Estudiantes de Mérida. In Lima, the Uruguayans scored with just 12 seconds played, then held off the Peruvian charge.

🎥🇺🇾⚽ @Nacional scored early then held off @ClubALOficial to take 3 points in the final match of the first week of the #Libertadores group stage! All of the best moments, presented by @FTBSantander pic.twitter.com/oGwETyvz8g — CONMEBOL Libertadores (@TheLibertadores) March 6, 2020

The group leaders face-off in Avellaneda when the action resumes, with both currently in good position to go through. If there’s a winner on that night, they will surely feel that they have at least one foot into the Round of 16.

Venezuelan side Estudiantes de Mérida looked to be on their way to a historic victory against Racing on the occasion of their Libertadores opener, but had their hopes dashed by a late rally from the Argentines. The Venezuelans were again competitive in their 1-0 loss against Nacional, but sitting on 0 points, the side will know they need to start turning positive performances into positive results if they’re to advance, either to the Round of 16 or into the Sudamericana.

Alianza Lima haven’t found their Libertadores form yet, and unfortunately for them, that’s a story that has been repeated all too often over the past few years. The Peruvians are winless in their last 19 Libertadores matches, the fourth longest streak in history. Conceding in the first 15 seconds of their first match in 2020 was no doubt a bad omen, but a trip to Mérida, another winless side in this group, represents a good opportunity for Alianza to get their tournament back on track. 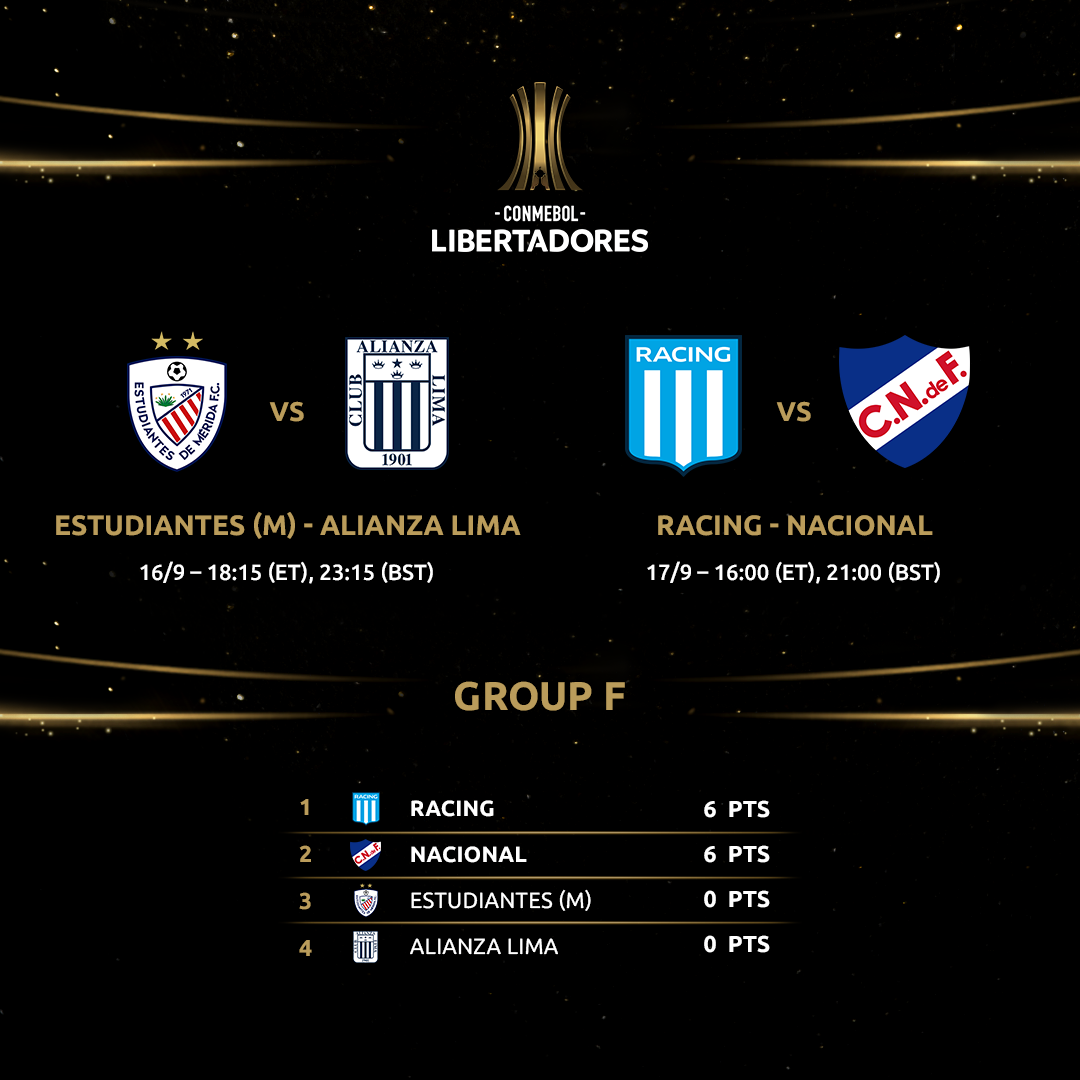 While Racing-Nacional might be a battle to put a foot in the next round, Estudiantes de Mérida-Alianza Lima represents a last chance saloon of sorts for those two sides. Three points for either of those sides will have them right back into the conversation to go through with a good run of form.