25/08/2020
All’s square so far in a group featuring a pair of sides who play at altitude and some of the bigger sides on the continent.

River Plate’s 2019 Libertadores ended in late heartbreak at the hands of Gabriel Barbosa and Flamengo. Their 2020 Libertadores started with a 3-0 defeat at the hands of Liga de Quito. With the pressure squarely on Marcelo Gallardo’s men, they returned home and submitted one of the most comprehensive Libertadores performances in recent memory, an 8-0 thrashing of competition debutants Binacional.

Seven different River players scored in that match, and that type of scoring depth will be key to River’s success as the competition resumes. Gallardo’s men travel to São Paulo and Peru in back-to-back weeks upon resumption of the competition, their first competitive football in over 6 months, no easy task.

Highlights of tonight's impressive home win as @SaoPauloFC_eng turn on the style in the #Libertadores, the best bits brought to you by @FTBSantander! pic.twitter.com/vWfHH2fgbZ — CONMEBOL Libertadores (@TheLibertadores) March 12, 2020

São Paulo and River meet on the first matchday following the resumption of play, and that match promises to be an important one. Three points for either side will have them feeling confident of going through, while the loser starts to feel the pressure in a group that is every bit as tricky as it seems.

Liga de Quito dropped River Plate 3-0 on the first Matchday before falling by the same scoreline away to São Paulo. This is a talented side, with experienced players such as Antonio Valencia and Junior Sornoza able to put pressure on the other sides in this group.

🤩🇪🇨🎥 All @LDU_Oficial! Don't miss any of the best moments from the 3-0 win over @RiverPlate presented by @FTBSantander pic.twitter.com/H986Er2Kqj — CONMEBOL Libertadores (@TheLibertadores) March 5, 2020

With that sort of talent, the Ecuadorians will believe that they can pounce on both River and São Paulo in this group. São Paulo must still travel to Quito, and Liga also have yet to play competition debutants Binacional.

Peruvian champions in 2019, Binacional were expected to use the altitude to their advantage, and that’s exactly what they managed in their opening match against São Paulo. The competition debutants trailed São Paulo at halftime, but started to wear down the Brazilains as the match went along. Johan Aragno’s curling effort late on gave the Peruvians all three points in their Libertadores debut.

🇵🇪🎥💪⚽ All of the best moments from a historic night in Juliaca! @BinacionalFC took down @SaoPauloFC_eng to pick up 3 points in their first ever #Libertadores match! @FTBSantander pic.twitter.com/CGIfcCEmEs — CONMEBOL Libertadores (@TheLibertadores) March 6, 2020

Binacional’s 8-0 loss to River no doubt did a number on their goal differential, but with a pair of home matches still to come, the Peruvians could yet fight for the honors in this group.

Many felt that this group might just prove the most intriguing after it was drawn, and after two matchdays it has been just that. 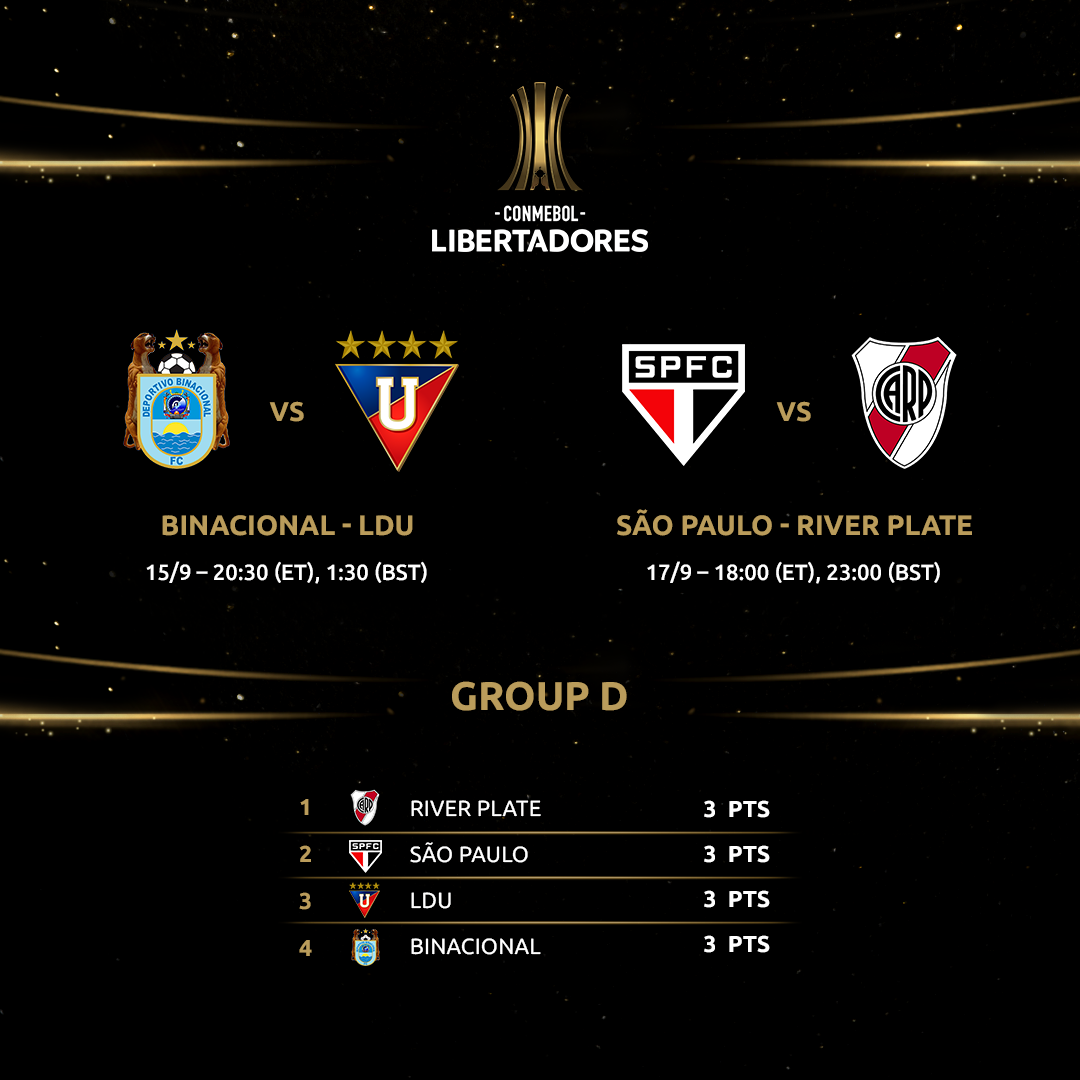