Austin Miller
11/09/2020
Libertad lead the way with Boca Juniors just behind while Caracas and Independiente Medellín look to reset following the resumption.

Paraguayan side Libertad have provided plenty of action in their first two Libertadores matches. On opening night they scored twice in the first half an hour, including one from former Atlético Nacional man Daniel Bocanegra making his return to Medellín, away against Independiente Medellín then held on to win 2-1.

On Matchday 2, Libertad again scored early as Sebastián Ferreira found the net with 19 minutes played against Caracas. The Venezuelans rallied with a pair of goals before halftime to lead 2-1, but Ferreira again found the net, this time with 64 minutes played to equalize 2-2. Libertad’s youngster Iván Franco then scored with just 10 minutes left to lift the Paraguayans to a 3-2 win.

Don't miss any of the best moments from a dramatic night in Asunción that saw @Libertad_Guma take down @Caracas_FC 3-2! @FTBSantander #Libertadores pic.twitter.com/F2yReHiL1h

Boca Juniors were less than impressive in a 1-1 draw against Caracas to open up action in the group, but can be forgiven based on the fact that they were chasing an Argentine title, a title they eventually lifted, at the time. Any questions about this Boca side were answered on Matchday 2 when the current champions of Argentina put DIM to the sword at la Bombonera, winning 3-0 in impressive fashion.

A meeting of Boca and Libertad on Matchday 3 in Asunción is a tasty affair with each side looking to assert their position at the top of the group.

Caracas of Venezuela will feel unlucky to have only collected a single point from their first two Libertadores outings that saw them to toe-to-toe with the top sides in this group. Robert Hernández scored a beautiful free-kick in the 1-1 draw with Boca, while the Venezuelans will be ruing the missed opportunities against Libertad.

🎯🇻🇪⚽ Robert Hernández of @Caracas_FC with the tremendous free-kick that ended up securing a point for his side against @BocaJrsOficial! pic.twitter.com/LXg7MWZdxP — CONMEBOL Libertadores (@TheLibertadores) March 4, 2020

While the path out of the group from here for the Venezuelans is a daunting one, if they can take something from their remaining matches with Independiente Medellín, they’ll stand a chance to surprise either Boca or Libertad down the stretch.

Independiente Medellín did well to maneuver themselves through the opening stages of this Libertadores, ousting Deportivo Táchira and Atlético Tucumán en route to this group, but seemed to run out of steam once the group stage matches started up.

A home match against Caracas in the first week of the resumption is a golden opportunity to get the campaign back on track and put themselves right in the thick of the race for the Round of 16. 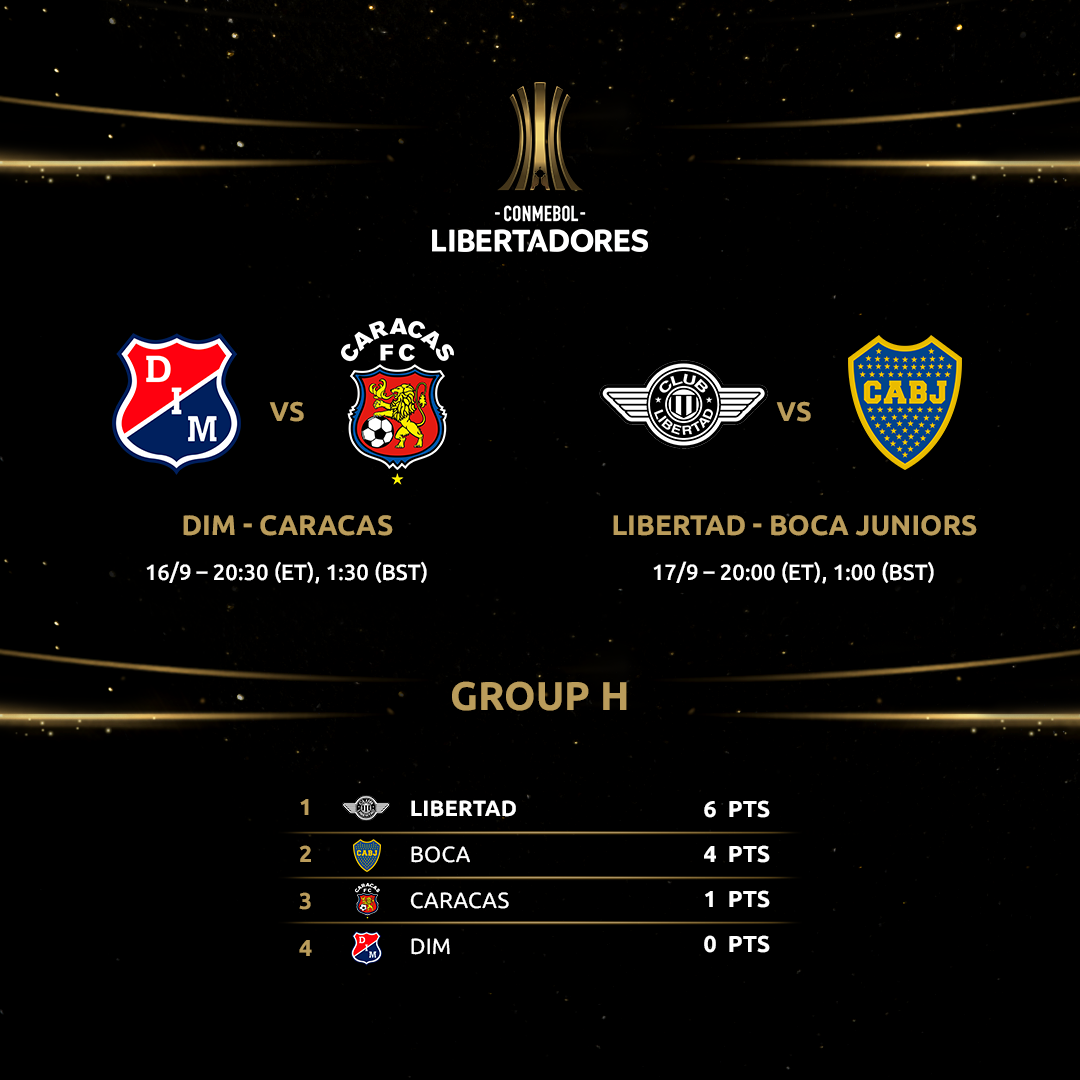