19/11/2019
One was a critical component of last year's final win and is poised for a move to Europe while the other is being monitored by various top clubs around the world and has drawn comparisons to an Argentine great. We take a closer look... 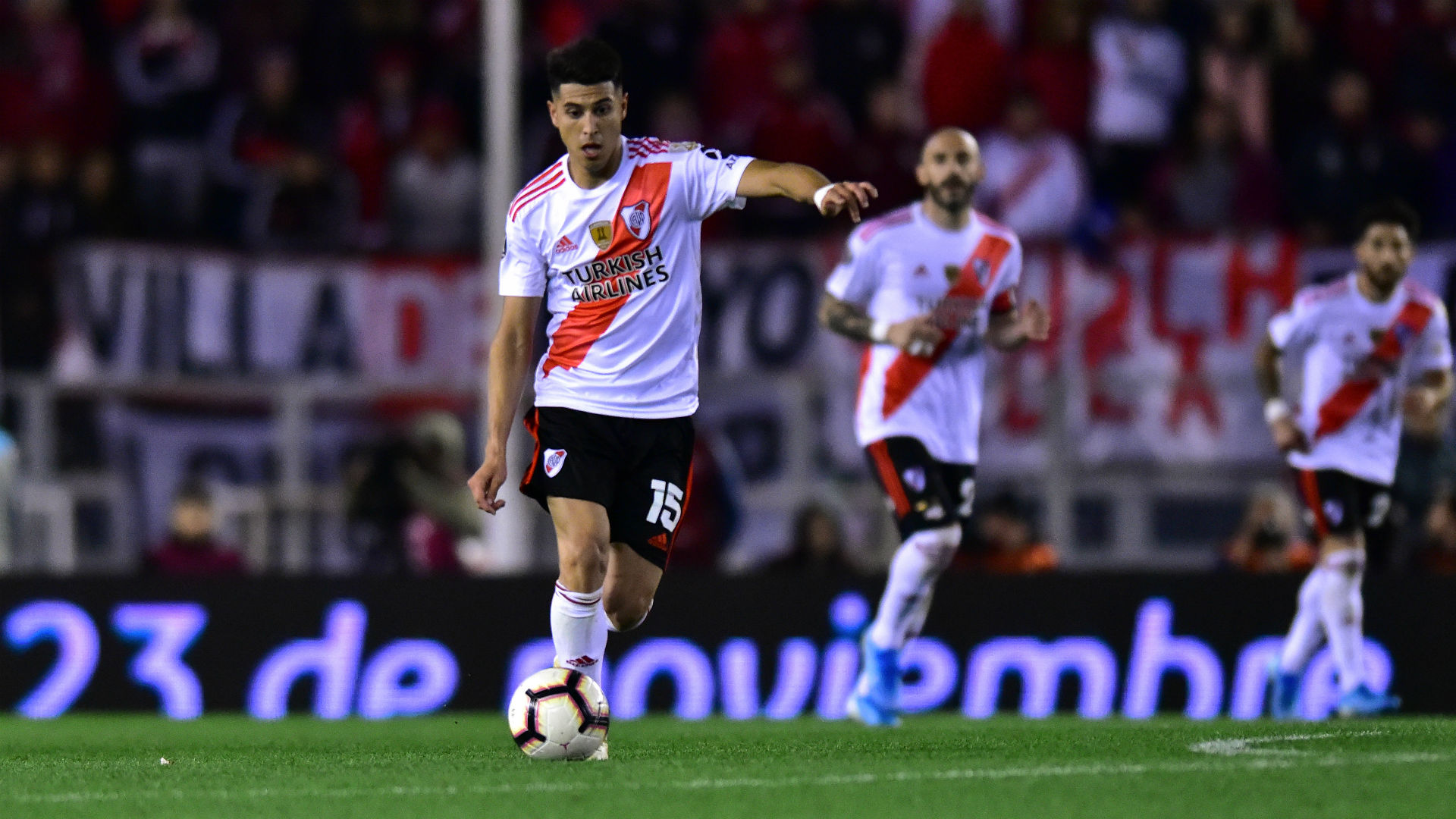 Since coming back from injury in April, Palacios has been a regular starter for Marcelo Gallardo and an indispensable attacking spearhead from midfield. He currently has two assists in eight Libertadores games in 2019.

The 21-year-old is very comfortable on the ball and shows an impressive range of passing whether it’s switching play in midfield or linking up with forwards and full-backs in tight spaces.

He made his River Plate debut aged just 16, against Newell’s Old Boys, already knows what it takes to win a Libertadores final and has been capped four times for Argentina. Poised to make a move to Real Madrid at the end of last year, River eventually managed to hold on to their young star.

Palacios had an incredible rise in 2018, after not even being considered for the Argentina squad for their disastrous 2018 World Cup he quickly became a regular in the River Plate first XI and played both legs of last year’s final.

He is a tall and stylish player who is usually deployed in centre-midfield or in a more advanced role supporting the strikers with his quick distribution and link play, plus making attacking runs into the spaces behind or in front of defence. In last year’s final against Boca Juniors he was used on the right of a midfield three in the first-leg and then in the more traditional ‘10’ role in the second-leg where River ran out 3-1 victors and clinched the title in Madrid.

Gallardo is wont to make last-minute tactical switches we will have to wait and see where he is used in Saturday’s final but expect him to start and to be an important fulcrum of River’s pacy counter-attacks. Palacios has drawn the interest of top European clubs, the player himself has expressed a desire for a move, and a stand-out performance in the final could see his market value increase dramatically. 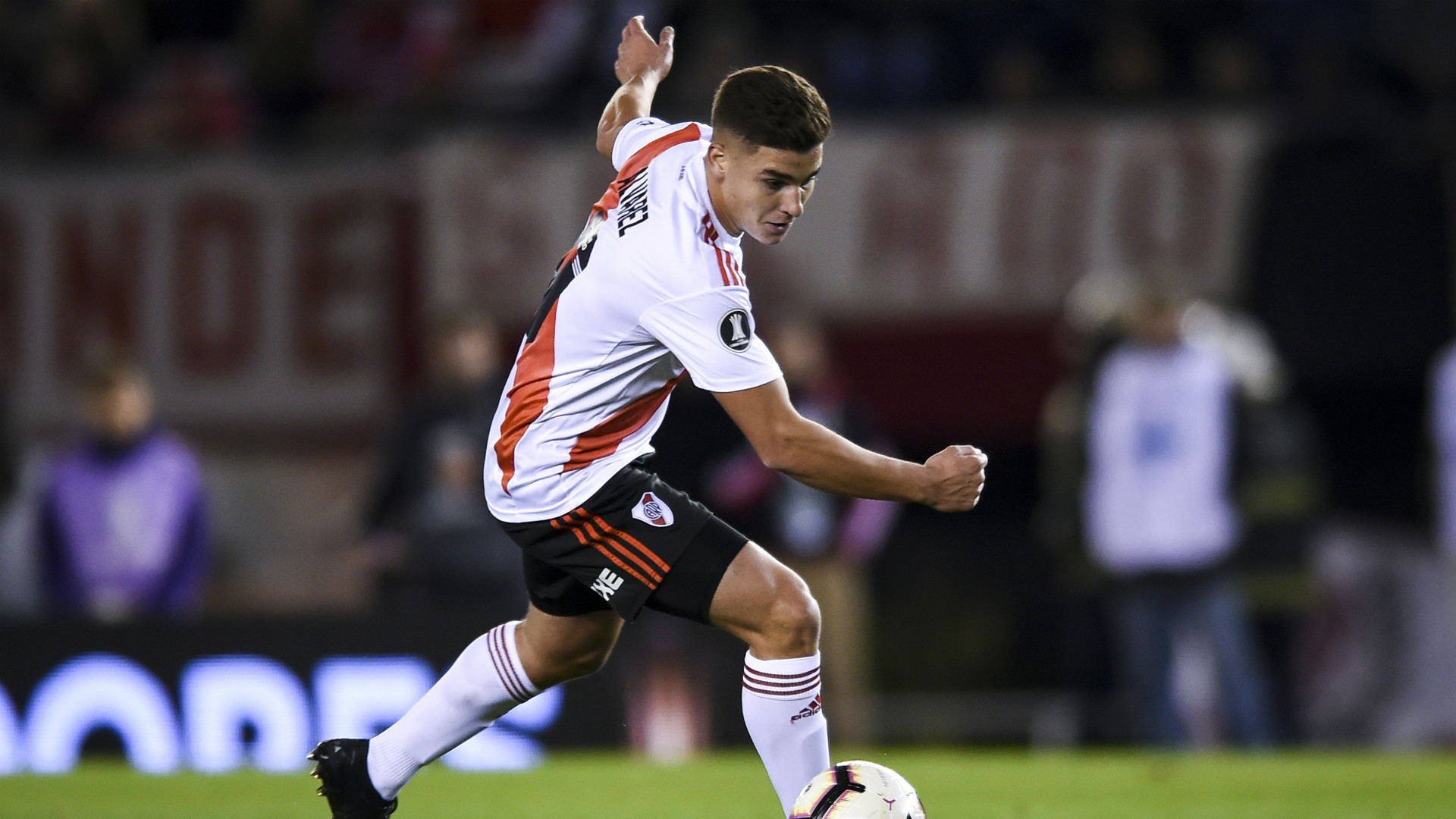 Álvarez was the youngest player to feature in last year’s final, coming on in extra-time of the second-leg decider against Boca Juniors. Now 19, there is a lot of expectation around Álvarez and he has been compared to River Plate and Argentina legend, Javier Saviola, due to his pace and finishing ability.

Not short of confidence, at 18 he accepted the weight and added scrutiny that comes with wearing the number 9 shirt for River Plate, this emerging centre-forward is very technically gifted with an instinct for scoring goals. He has one goal from two starts in the Libertadores this year, a neat lob in the 2-2 home draw with Internacional where he also assisted, but has had to be content with sitting on the bench for most of the tournament. He also has a league goal against heavyweight opponents, Independienete.

Despite his lack of game time he remains one of Argentina’s most watched young prospects. He spent time at Real Madrid’s academy as a kid before returning to his native Cordoba and then entering River’s books as a 16-year-old.

Though he's not expected to start on Saturday, Álvarez is possibly an option from the bench depending on the state of the game late on.