Robbie Blakeley
05/07/2019
Buda Mendes/Getty
Tite lead Corinthians to the Copa Libertadores title in 2012 with a ruthlessly efficient side. Now with Brazil in the Copa América, he iss close to repeating the formula. 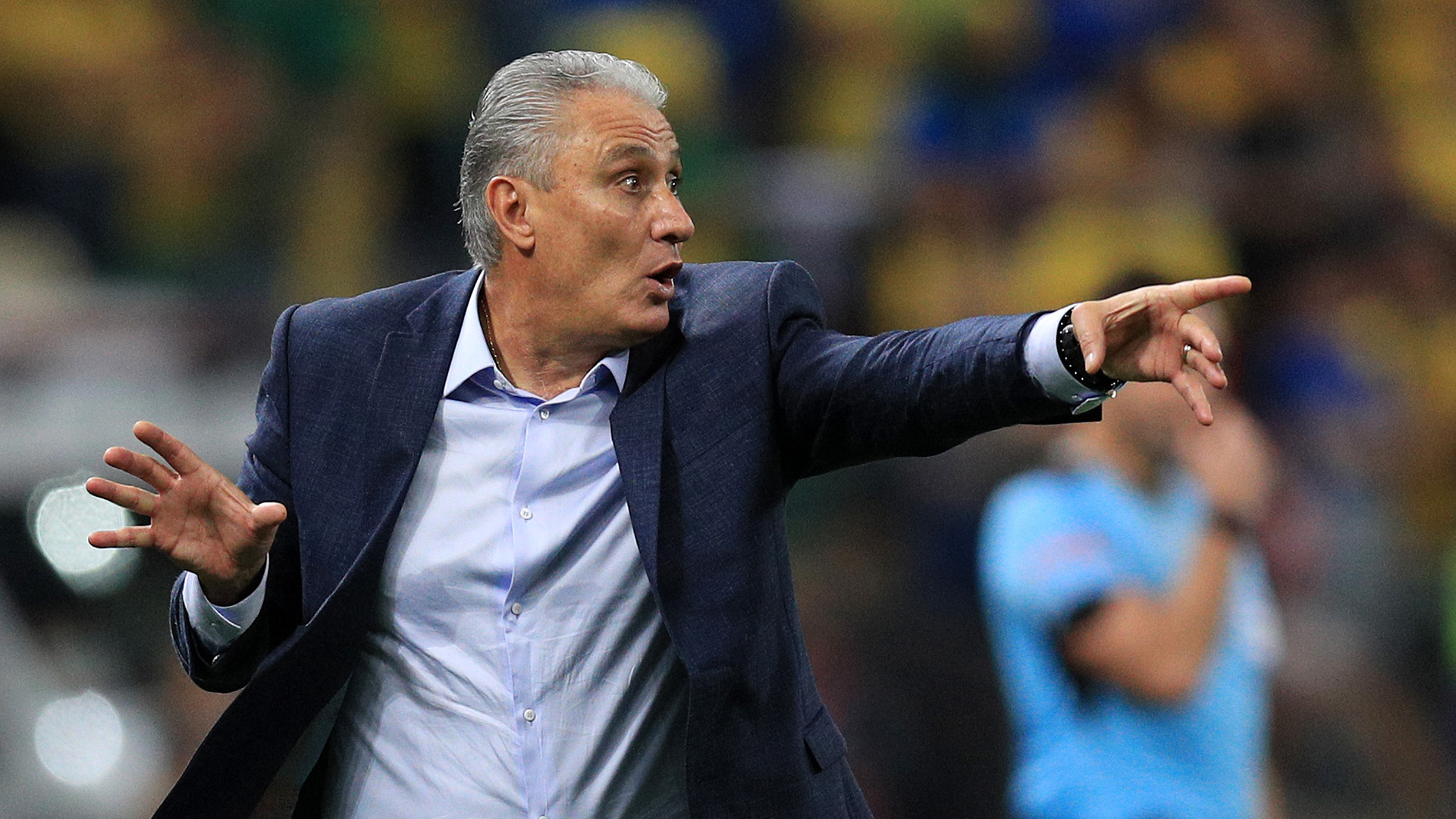 And then there were two. This coming Sunday afternoon (7 July) Brazil will be potentially just 90 minutes away from their first Copa América triumph since 2007 when they take to the Maracanã turf to face Peru in the final.

Of course for the players, the 78,000 who will fill the stands and the tens of millions watching in homes and bars across the land, it will be a hugely significant afternoon. For the man in the dug-out, Tite, it will arguably be even bigger.

The coach, who made his name at São Paulo-based giants Corinthians, looks set to take the next step in his successful managerial career. The 58-year-old has been experiencing an upward trajectory over the course of this decade and, for the time being at least, shows precious little sign of slowing down.

When Dunga left his post as Brazil boss following the 2016 Copa América, Tite was virtually the unanimous choice to take over. His CV and the tangible success he has enjoyed  thus far left you in no doubt as to why.

🖤🇧🇷 In front of a packed out Pacaembu, Emerson Sheik netted both goals in a 2-0 win over @BocaJrsOficialpic.twitter.com/KLh10kUGVN — CONMEBOL Libertadores (@TheLibertadores) July 4, 2019

There have been league titles with Corinthians, in both 2011 and 2015, in two separate spells at the helm of the ship. There was a World Club Cup triumph over Chelsea in 2012, but the biggest achievement of all was the Libertadores title in July of that year with a 3-1 aggregate win over Argentine outfit Boca Juniors in the final – a first for the gargantuan Timão, who have a legitimate claim to be considered the biggest football club in Brazil. This past week, on 4 July, they celebrated their very own “Independence Day” that their victory in South America’s premier club competition afforded them.

That year, the club won the continental crown without losing a single game, and many of the traits from that successful side can be seen in the Brazil team built by Tite for this Copa América challenge. Using a rock solid defence as a foundation for success, Brazil are yet to concede a goal at the tournament, with goalkeeper Alisson in particularly fine form – Cássio, who made an outstanding stop from Vasco’s Diego Souza in the 2012 Libertadores semi-final, is also in the 23-man squad.

Grêmio forward Éverton, a key component of the gaucho outfit’s Libertadores campaign, has been the revelation of the competition to date, keeping a sprightly David Neres out of the team on the left flank. In the semi-final against Argentina, the approach to the match and the game plan were strikingly similar to a 2012 Corinthians Libertadores knock-out tie.

Brazil started brightly and took an early lead through Gabriel Jesus. From that point on, the seleção were happy to sit back, absorb pressure and try and hit their opponents on the counter attack. With the likes of Éverton and Jesus marauding across the front line it was a powerful ploy which worked a treat, the former Palmeiras man teeing up Roberto Firmino to make sure of the result with 19 minutes left on the clock.

🏆🖤 4 July 2012. A date that will go down in @Corinthians history #Libertadores pic.twitter.com/agGtx8KuWS — CONMEBOL Libertadores (@TheLibertadores) July 4, 2019

Looking at Tite’s earlier Corinthians side, it was a tried and tested format that led to success on the national, continental and global stages. Cássio again came to the fore in the Club World Cup against Chelsea with a series of stops to keep Fernando Torres and co at bay.

Following a disappointing first international tournament at the World Cup in Russia last year, Tite, the man who has already written his name in the Corinthians’ history books with that Libertadores success, is primed and ready for the next rung on the management ladder – he is more than capable of making that climb.