San José's Rodrigo Ramallo scored the final goal in his side's come-from-behind 3-3 draw with Liga de Qutio. The point gives the Bolivians hope in Group D, even if the odds may be long. "As long as we're mathematically able to advance, we'll fight", he said.

Melgar's 1-0 victory against Junior was sealed by Giancarlo Carmona's goal, a result which put the Peruvians solidly in third place in the group.

Marcelo Herrera left a slew of defenders behind, then struck from distance to give San Lorenzo the 1-0 win against Palmeiras, an important three points for his side. 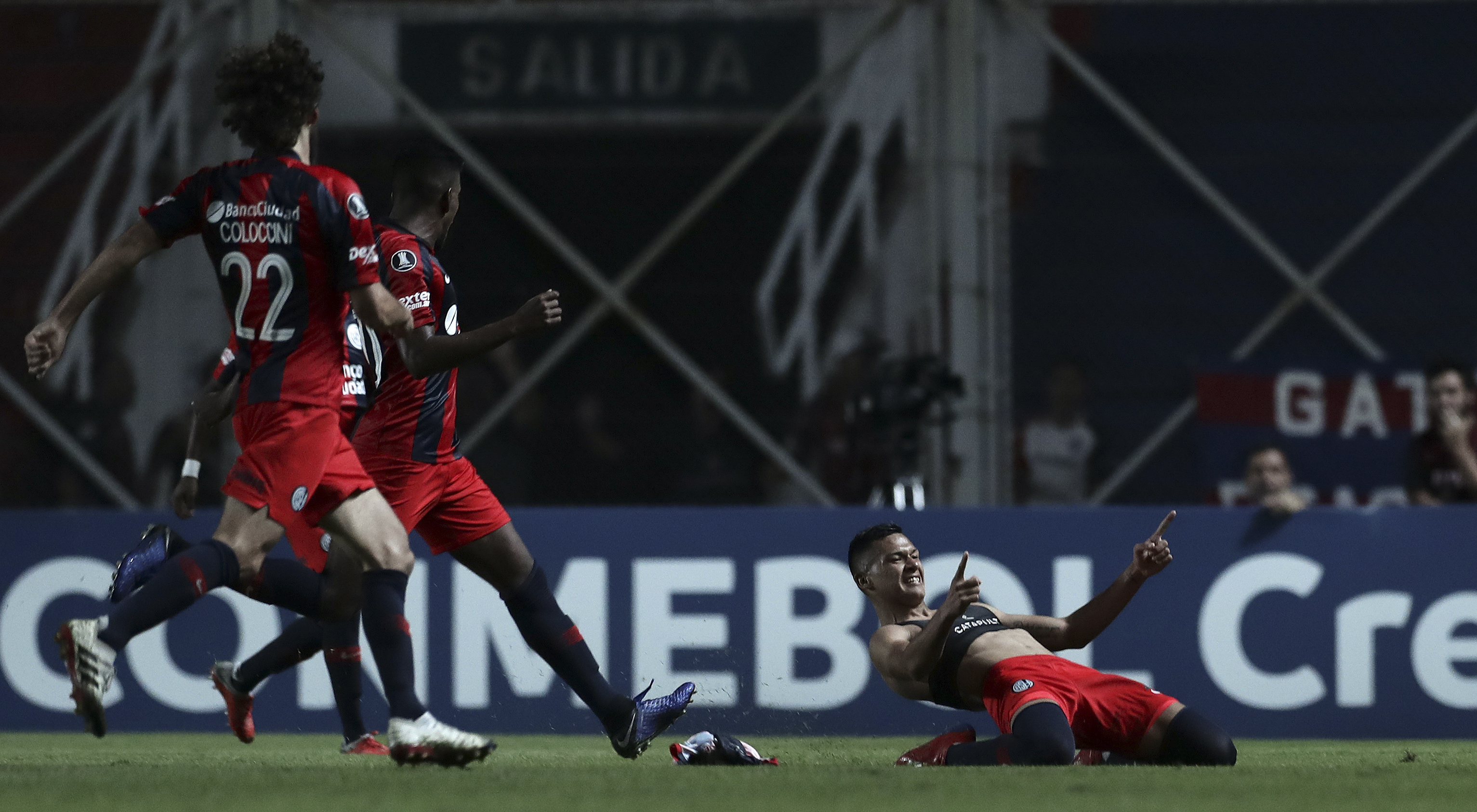 Viatri needs only 10 minutes to lift Peñarol to victory

Rodriguinho the difference for Cruzeiro against Emelec

Recalde the key for Libertad

Sáez scores the crucial goal for Católica against Grêmio