22/01/2019
Delfín
They are playing in Phase 1 of the CONMEBOL Libertadores against Nacional de Paraguay. Three years ago they were in Serie B and now they're in the most prestigious on the continent. Here is the opinion of their coach.

At 7:30am an owl could always been seen with his legs in Los Geranios, south of Manta, at the Ecuadorian port that faces out to the Pacific. In June 2017, the heart of Delfín was stronger than ever after an unbeaten of 20 matches and the team were on the cusp of winning the first round of the Ecuadorian tournament. "You don't have to touch it. It is our mascot," the captain said and the bird returned a god. That 2nd July will remain in the history books forever: founded in 1989, and after 14 years wandering for promotion - they made their first division debut in 1990 - Delfín crushed Liga de Quito 4-1, winning the round and qualifying for the CONMEBOL Libertadores 2018. Glory to the owl.

But not too much either because fables don't explain everything. The other main character in this story was Fabián Bustos. The 49-year-old Argentine, a former player and coach, came from a generation famed for its work on the ball which spread throughout the continent. He had played between 2000 and 2003 in the Ecuadorian league and in 2009 became the technical director at Manta. He stayed at the place which gave him the most success in his career: Delfín.

In 2015 he won the Serie B and, in a short period of time, took over the role as sporting director to help form the squad. The Uruguayan Topo Sangüinetti become the technical director. In 2017 they were crowned champions. “The dream was to qualify for the Copa Libertadores and the objective was to finish in fourth place. When we started the season I met with Guillermo and I said to him, if we finish in fourth place, he should feel proud, because it would be liking winning the league. If we were fifth or sixth, it'd be considered a good season. If we finished in seventh, not to worry, because we would have pleased the supporters. Who would have imagined that us, with $2.5m to our name, were going to do better than Barcelona, who have more than fives times the budget we do?" Explained Bustos, who wasn't telling any lies about the sequence of events.

"We have a philosophy which comes from the president. All of our wages are paid on time, in general. The contracts are honoured. Nothing above or below what you signed for. And we search for professional players, not just good ones," added Bustos. 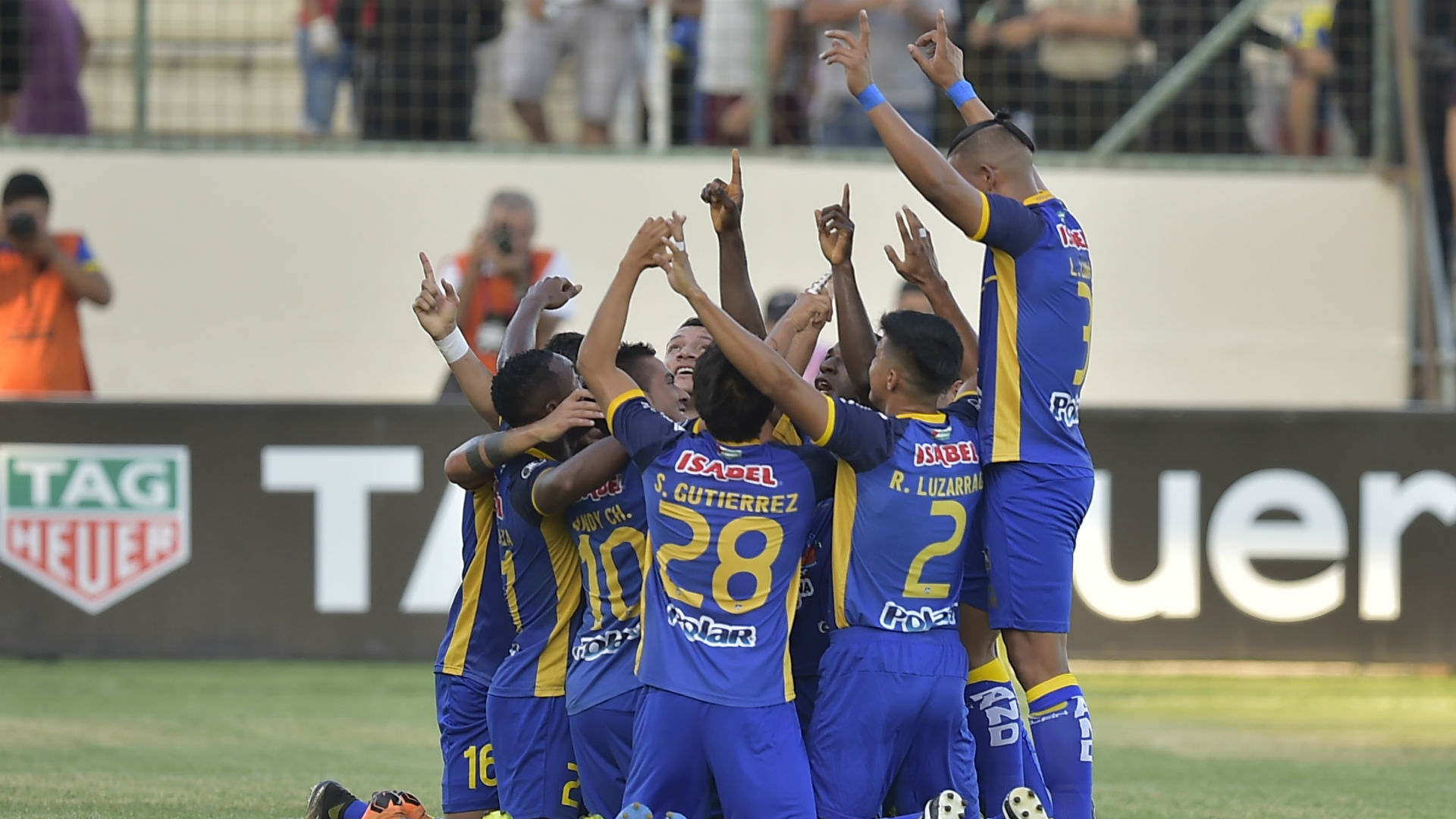 A the end of 2017, Bustos took over as coach again. The team, for another season, remained competitive despite not being able to qualify from the group stages of the Copa. They finished fourth in the group with seven points, one less than second placed Colo Colo, and they didn't retain their league after finishing fourth in the table. The most difficult aspect of sport of being able to maintain that high level but they did that. Who can really erase those moments of glory the Delfín supporters have experienced? They won away in Santiago, Chile against Colo Colo (2-0) and, at home, beat Atlético Nacional 1-0 in the Libertadores.

They qualified for the CONMEBOL Libertadores again, this time beginning in Phase 1, where they'll come up against Nacional de Paraguay (1st leg is on the 22nd January in Manta). With a 'plastic' tactical style of coaching they have players who attack and defend as a unit. They usually set up with four defenders, a defensive pivot, two interiors, an enganche and two strikers. Sometimes they'll have two wide men and and two strikers instead. A solid defensive structure which every player understands. That is what usually happens in the 18,000 capacity Jocay Stadium.

One of their strikers is 28-year-old Carlos Garcés, who finished as the top scorer last season with 20 goals in 41 matches. He's dangerous in the box, pacey, talented when the ball is sent into his feet and can create chances out of nothing. The team has lost one of it's other key men however: Andrés Chicaiza, their enganche, was bought by Liga de Quito.

Delfín represent the happiness of the city. On the 16th April 2016, Manta suffered an earthquake with a magnitude of 7.8 which saw 670 lives lost and hundreds more injured. One side of the Jocay stadium had to be rebuilt due the damage caused. The players were together and heard the buildings crack and shake. The control tower in the airport collapsed. The tragedy opened up a wound. The club was there to fulfil the central objective with which clubs were founded in the world: to be spaces of social organisation. The Jocay was a giant deposit of donations and a place for hugs of sadness. The emotional symbol of a city that, since that sad 2016, found in Delfín a pride that looks across the continent.