02/07/2020
afp
12 years ago today, Liga de Quito defeated Fluminense on penalties to lift the Libertadores, their first, and the first, and so far only, for an Ecuadorian side.

Edgardo Bauza sat in the technical area of the mythical Maracanã. He looked down and took a breath. His head was full of thoughts racing by at the speed of light, but he gave off the appearance of tranquility. He was alone, the rest of his technical staff on their feet pacing nervously, the anxiety too much to let them sit and watch as he was. Watch as their Liga de Quito side, steps away from Glória Eterna, battled Fluminense in a penalty shootout that would decide the 2008 Libertadores.

Washington stepped up to take his penalty. If he missed, Liga would lift the title.

For the first time, an Ecuadorian side had lifted the Libertadores title.

Their jouney had started with a 0-0 draw agianst the same Fluminense side they'd later defeat for the Libertadores title. In the group stage, they routed Arsenal 6-1 and beat Libertad 2-0 at home. Though they lost their final two group stage matches, they advanced to the Round of 16 on the back of their home form, where they were unbeaten.

That home form carried them through in the Round of 16 against Estudiantes. Joffre Guerrón scored twice as Liga won the first leg 2-0. Though they lost 2-1 in Argentina, they'd done enough to move on.

San Lorenzo awaited in the Quarterfinals. The San Lorenzo side that in 2014 Bauza himself would lead to the Libertadores title. Both matches finished 1-1. To the spot they went. Liga was perfect from the spot, advancing to face Club América of Mexico.

It wasn't pretty in the semifinal, but a 1-1 draw at the Azteca followed by a 0-0 result in Quito was enough for the Ecuadorians to advance on away goals.

What the semifinal lacked in action, the Final more than made up for it. The first leg in Quito finished 4-2. When they scored six minutes into the second leg in Rio, Liga had one hand on the title. But  Fluminense, in search of a first Libertadores themselves and buoyed by their home support, battled back. A Thiago Neves hat-trick dragged the tie first to extra time and then to penalties. José Cevallos was the star, as Fluminense scored just one of their four penalties.

12 years ago today, Cevallos made history, Bauza couldn't hold back the emotion any longer, and Liga de Quito became the pride of Ecuador. 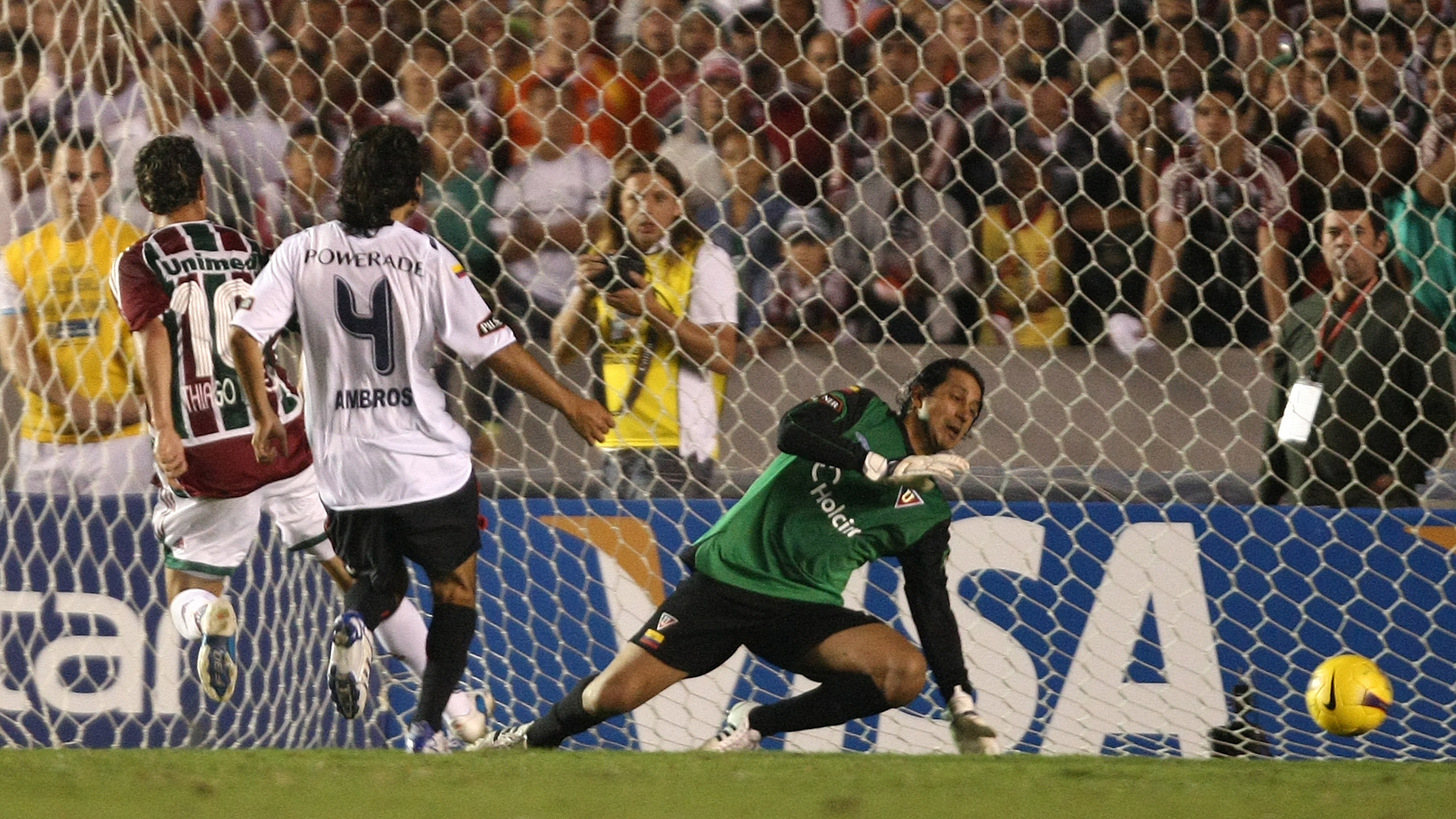