29/11/2018
AFP
The return leg of the CONMEBOL Libertadores 2018 between River Plate and Boca Juniors will be played at the Santiago Bernabeu stadium in Madrid on Sunday 9th December at 19:30 GMT.

The match, was which supposed to take place on the 24th November at El Monumental stadium but was postponed due to incidents outside the stadium, couldn't take place on the 25th November either. For this reason CONMEBOL organised a meeting between the presidents of both River Plate and Boca Juniors, Rodolfo D’Onofrio and Daniel Angelici, to determine a new date and place for the second leg.

After the meeting between the two clubs' representatives and the CONMEBOL president, Alejando Domínguez, all parties decided to play the second leg outside of Argentina. The final decision will see the match be played at Real Madrid's Santiago Bernabéu stadium. 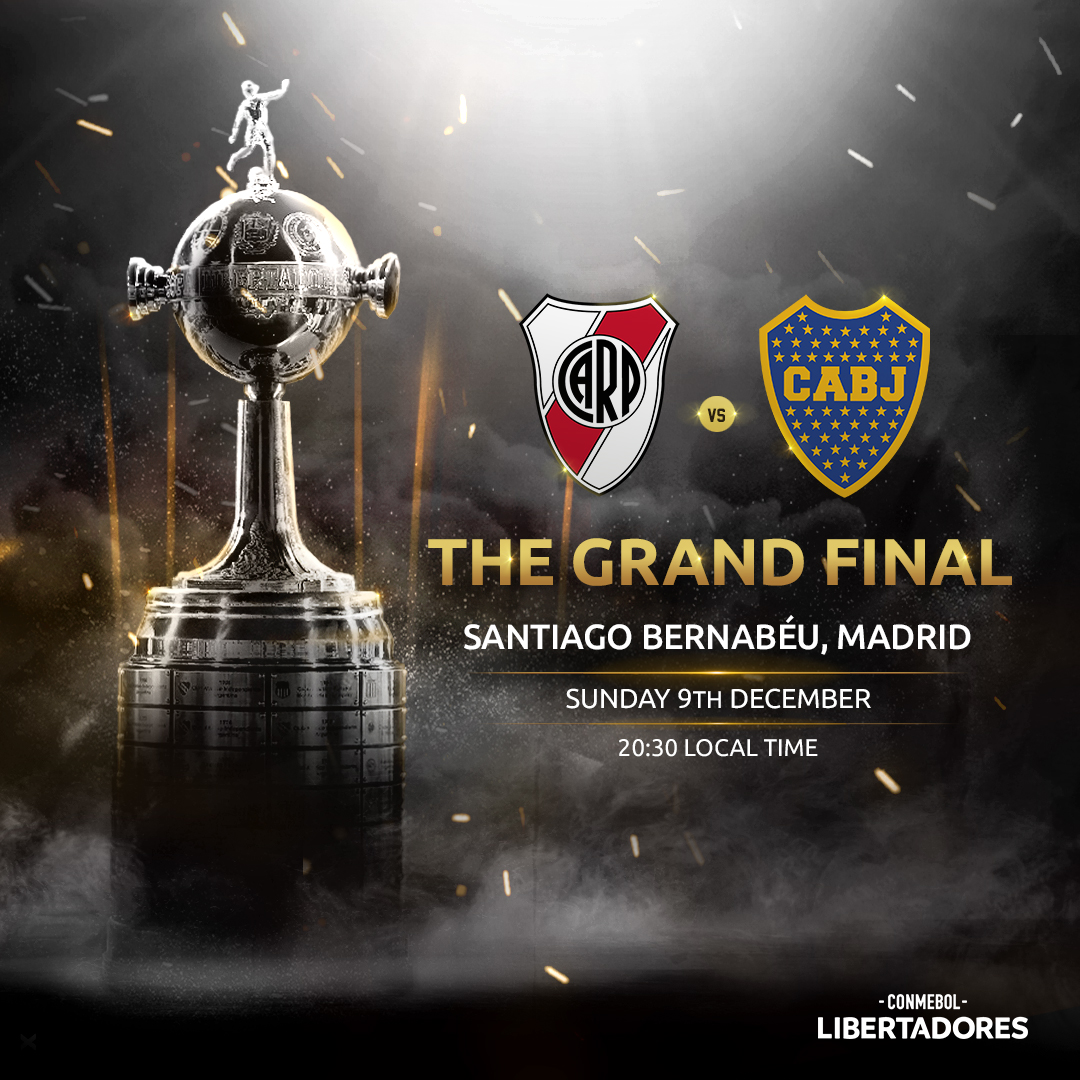 On the 11th November Boca and River drew 2-2 in the first leg at la Bombonera. The team which wins at the Bernabéu will claim the CONMEBOL Libertadores. If they draw, it'll go to extra time and if it's still level at the end, the trophy will be decided by a penalty shootut.