10/08/2018
AFP
The final phase of the 2018 Copa Libertadores has kicked off, with the last 16 now being played. Following the Russia World Cup it is time for South America's best teams to face off, with a selection of great matches that will keep fans gripped

This week the first legs will be played, with the return matches scheduled for the final week of August. Five of the eight ties are between past champions: River vs. Racing; Santos vs. Independiente; Gremio vs. Estudiantes; Cruzeiro vs. Flamengo, and Corinthians vs. Colo Colo.

The action is completed by clashes between Boca and Libertad, Palmeiras and Cerro Porteño and Atlético Tucumán and Atlético Nacional. Of the 16 teams left in the competition, 13 have already tasted title glory.

Gremio, the reigning champions, met four-time winners Estudiantes in the first last-16 match on Tuesday, with the La Plata team running out 2-1 victors in Quilmes. The Brazilian and Argentine teams have already met twice in the Libertadores, both games coming in the 1983 semi-finals.

In Brazil Gremio prevailed 2-1, while in La Plata a memorable game ended in a 3-3 draw. The Brazilians led 3-1 and played with a four-man advantage, after Estudiantes were reduced to seven players due to a series of red cards. Even so, they grabbed a draw when Miguel Ángel Russo equalised right at the end.

Gremio, Estudiantes and América de Cali made up the semi-final group in that Libertadores edition. The Porto Alegre side finished first and went through to the final, where they overcame Peñarol to win their first ever Copa.

The second leg will be played on Tuesday, August 28 in Porto Alegre.

Boca's meeting with Libertad on Wednesday will be another of the last-16's highlights. The two teams have played each other four times, in 1977 and 2007 – both years that Boca lifted the Libertadores.

In 1977 Toto Lorenzo's Boca defeated Libertad in the semi-final. The Xeneize won both games 1-0, in the Bombonera and Asunción's Defensores del Chaco. In 2007 the teams tied the first leg 1-1 in Buenos Aires before Boca came through with a 2-0 victory in Paraguay to book their place in the last four.

The second leg will be played on Thursday, August 30 in Asunción, Paraguay.

Colo Colo and Corinthians will meet for the first time in the Copa Libertadores, although they have played in other CONMEBOL tournaments. The Chilean and Brazilian giants last faced off in the Copa Mercosur group phase in 2001.

In Group C of the competition Corinthians won 2-0 in Chile, while in Brazil the teams played out a scoreless draw. The Timao finished top of the group, followed by Independiente (both went to the quarter-finals) while Colo Colo and Cruzeiro were eliminated.

While the two sides have a rich, long history in Brazilian football, this will be the first game between them in the Copa Libertadores. In other CONMEBOL tournaments they met in the Supercopa semi-finals of 1995, with the Mengao coming out on top.

Flamengo won 1-0 against Cruzeiro in the Mineirao and finished off their rivals with a 3-1 win in the Maracaná. The Rio team went on to lose the final to Independiente.

The second leg is scheduled for Wednesday, August 29 in Belo Horizonte.

While River enjoy an overwhelming advantage in historical head-to-head contests between the two teams, in the Libertadores it is a different story: the Millonarios have never beaten La Academia in a Copa match.

The Argentines faced off four times in the 1967 Libertadores, with Racing winning twice and drawing two further matches on the way to their only title to date. They met again 30 years later, in the 1997 edition.

The first leg of the last-16 tie ended in a 3-3 draw in Avellaneda, while in the Monumental the pair tied once again, 1-1. Racing prevailed 5-3 on penalties and knocked out the champion, Enzo Francescoli missing the decisive kick.

The second leg will be played on Wednesday, August 29 in the Monumental. 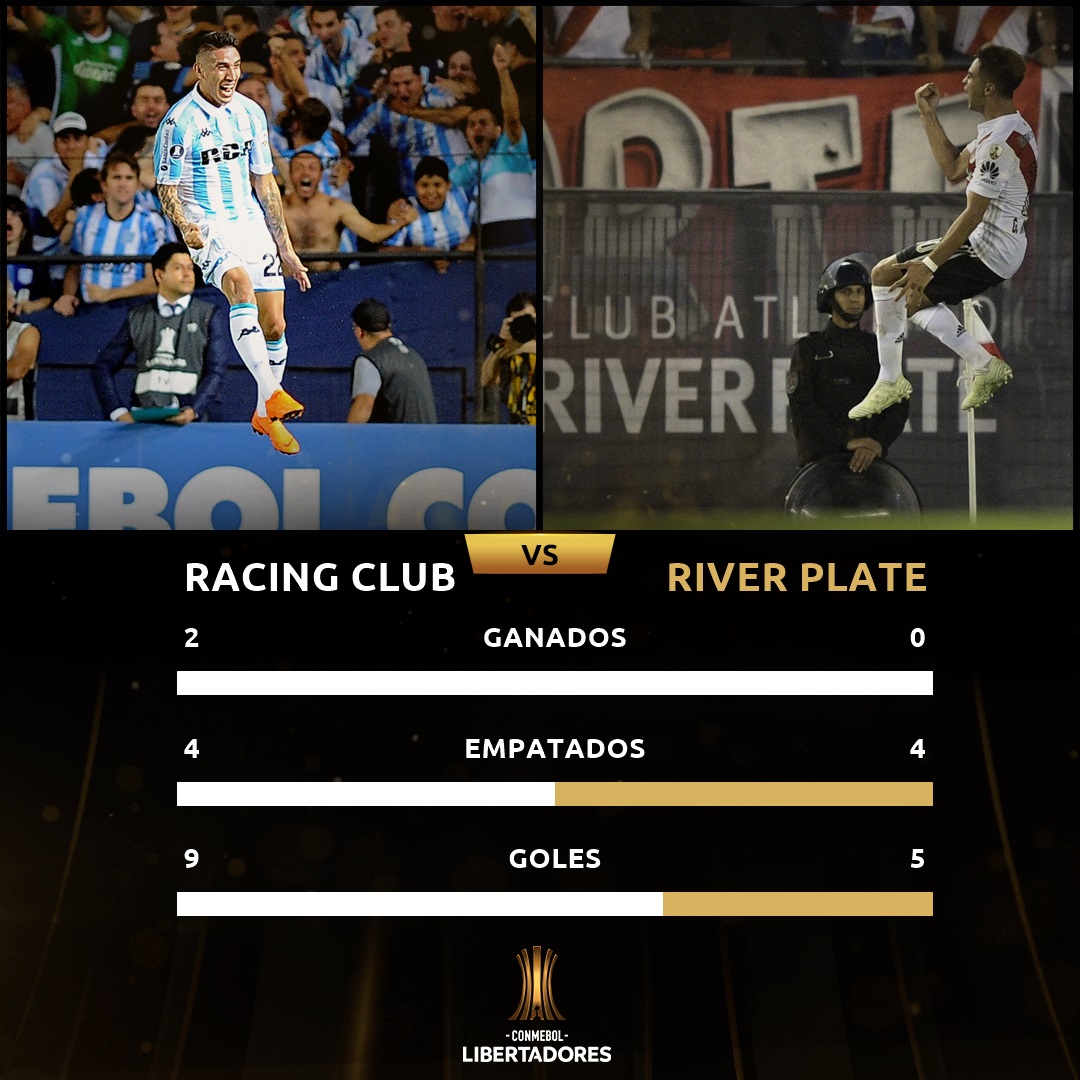 Palmeiras hold the head-to-head advantage, having won three of the matches and lost just once. The other four games ended in a share of the points. The last time Palmeiras and Cerro met, the Paraguayans took their first victory, beating their rivals 3-2 in Sao Paulo.

The second leg will be played on Thursday, August 30 in Palmeiras' stadium. 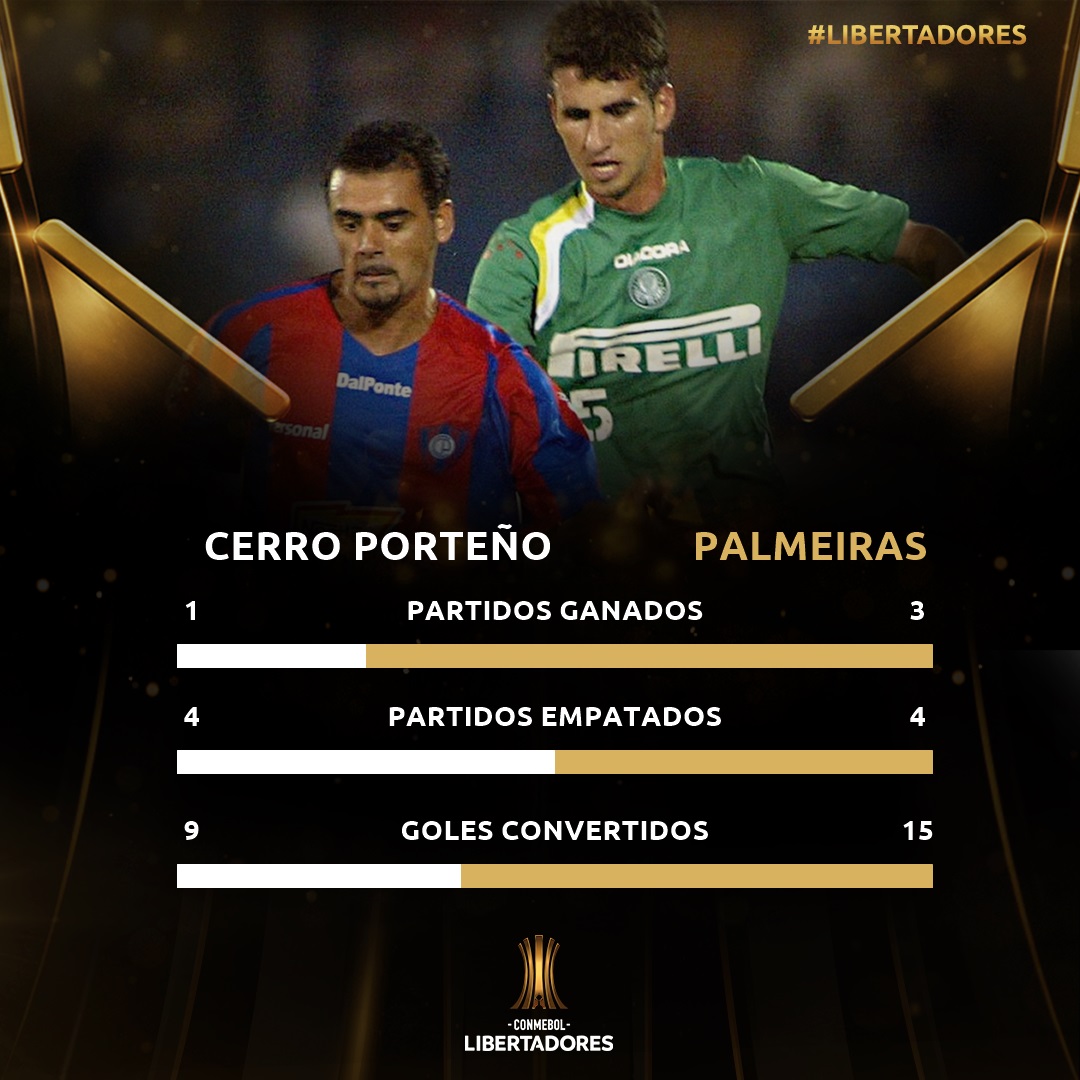 The two teams play for the first time in CONMEBOL competition. It will be Atlético Tucumán's debut in a Libertadores knock out match, while the Colombians hope to win the tournament for a third time. 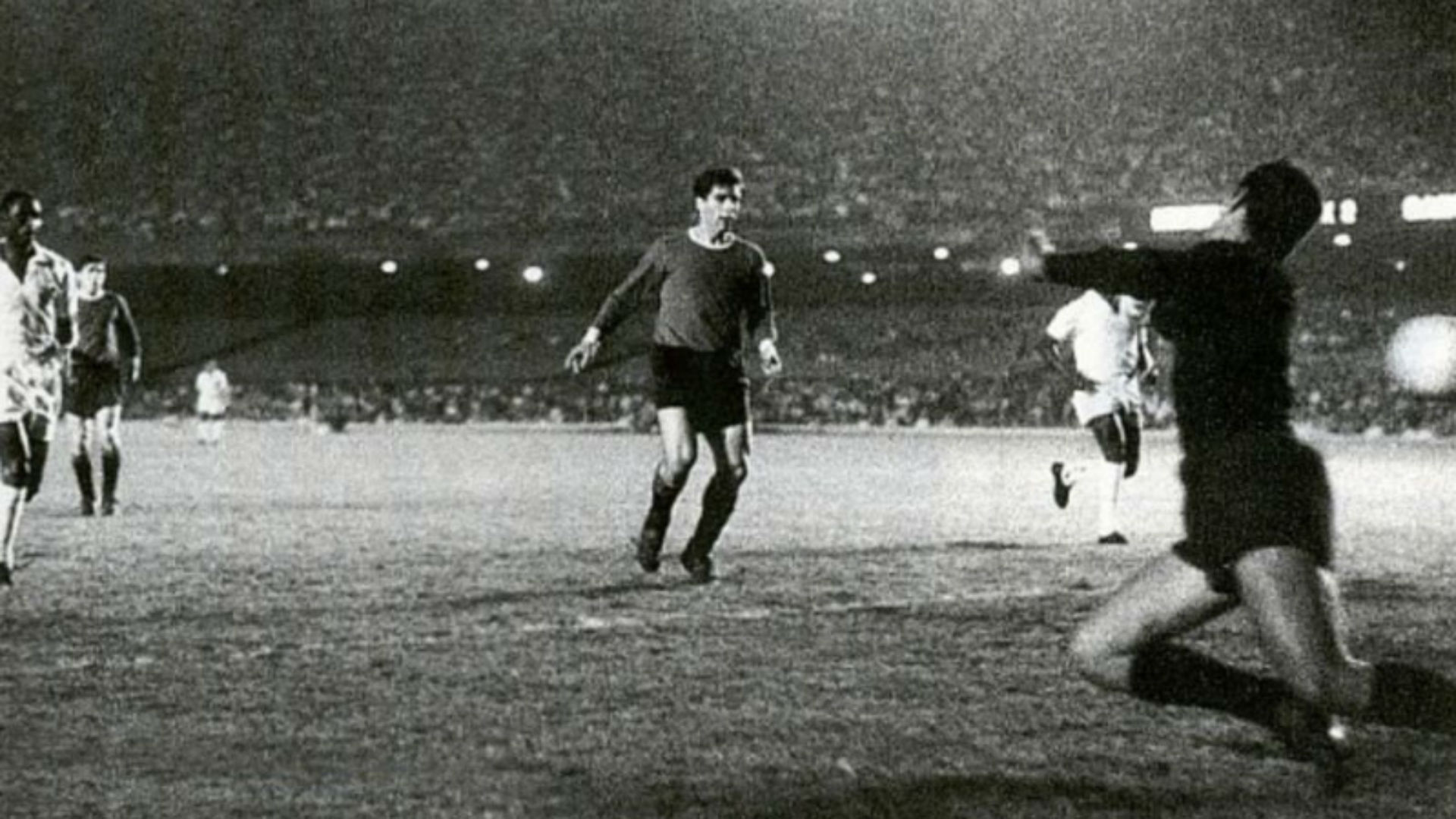 Santos' clash with Independiente brings together two Libertadores superstars, with the pair combined boasting 10 Libertadores titles. They have met just twice in the Copa, both times in 1964 and with the Rojo prevailing on both occasions on their way to their first crown after eliminating the two-time champions.

In the first semi-final Independiente managed an historic triumph in Rio de Janeiro's Maracaná, recovering from two goals down to win 3-2 at the death. In the second leg in Avellaneda the Argentines repeated their feat, triumphing 2-1 and booking a final date with Uruguay's Nacional.