The  CONMEBOL Libertadores 2019  begins with Phase 1 on Tuesday 22nd January. This is the first of three qualifying rounds which will end when four teams book their place in the Group Stages.

Here is how Phase 1 will unfold:

The matches will take place between the 22nd and 30th January with three teams going on to play in Phase 2. 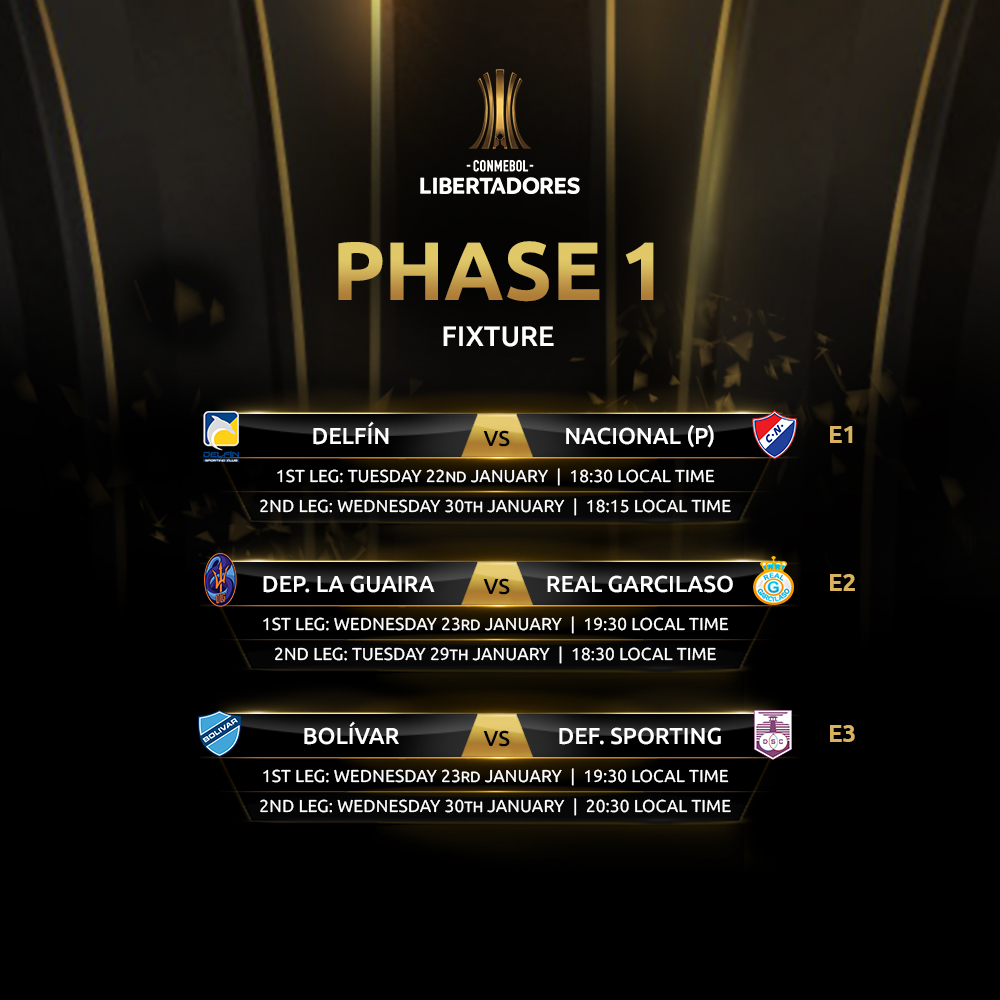 This round will be played from the 5th February. The three winners from Phase 1 will complete the 16 teams in Phase 2.

The winner from Delfín vs. Nacional (P) will play Caracas, the winner of Deportivo La Guaira vs. Real Garcilaso will take on Atlético Nacional and the winner of Bolívar vs. Defensor Sporting will face off against Barcelona Sporting Club. 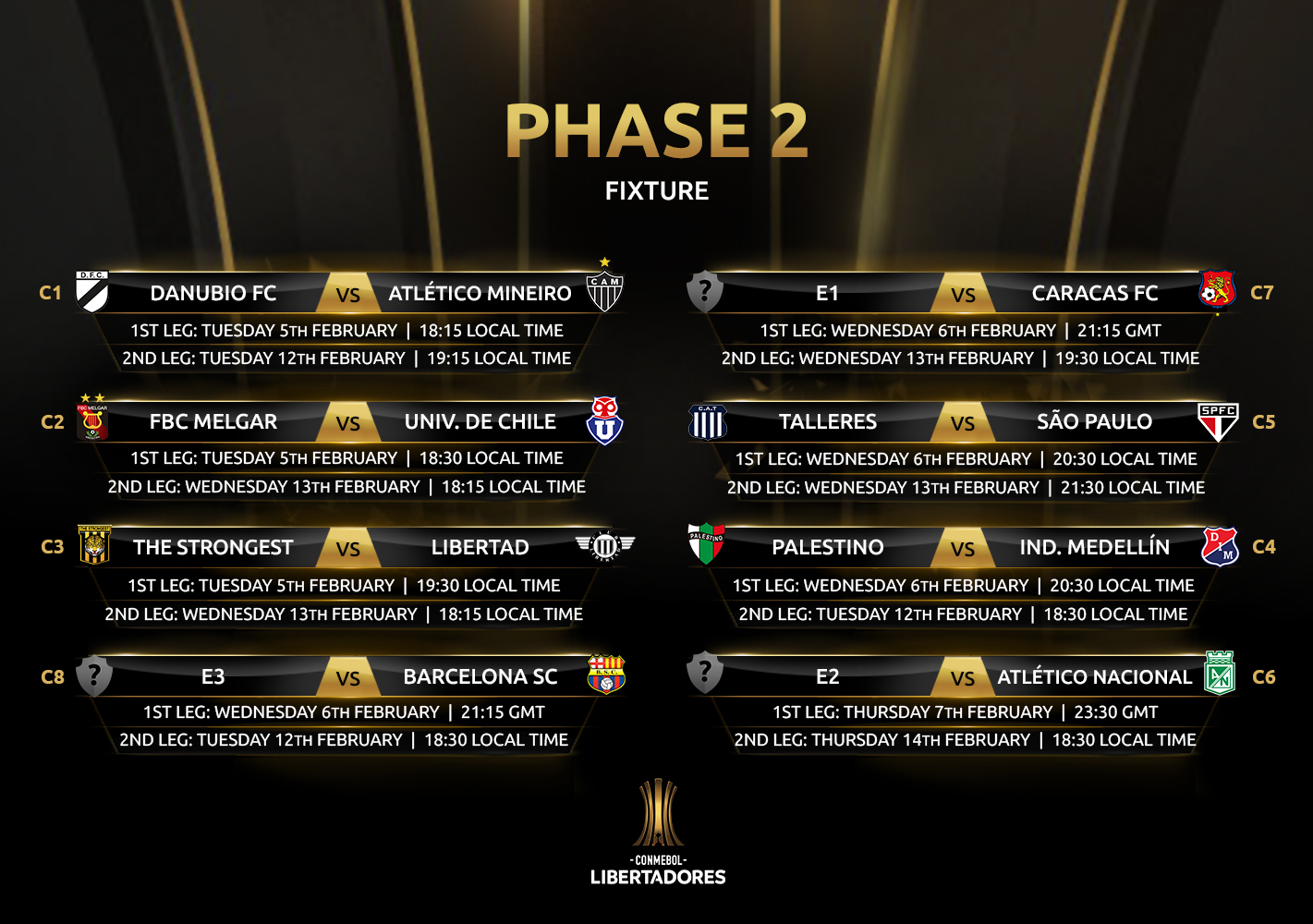