It's all confirmed. The Uruguayan Andrés Cunha will officiate the second leg of the CONMEBOL Libertadores final between River Plate and Boca Juniors on the 24th November at El Monumental stadium, 20:00 GMT. 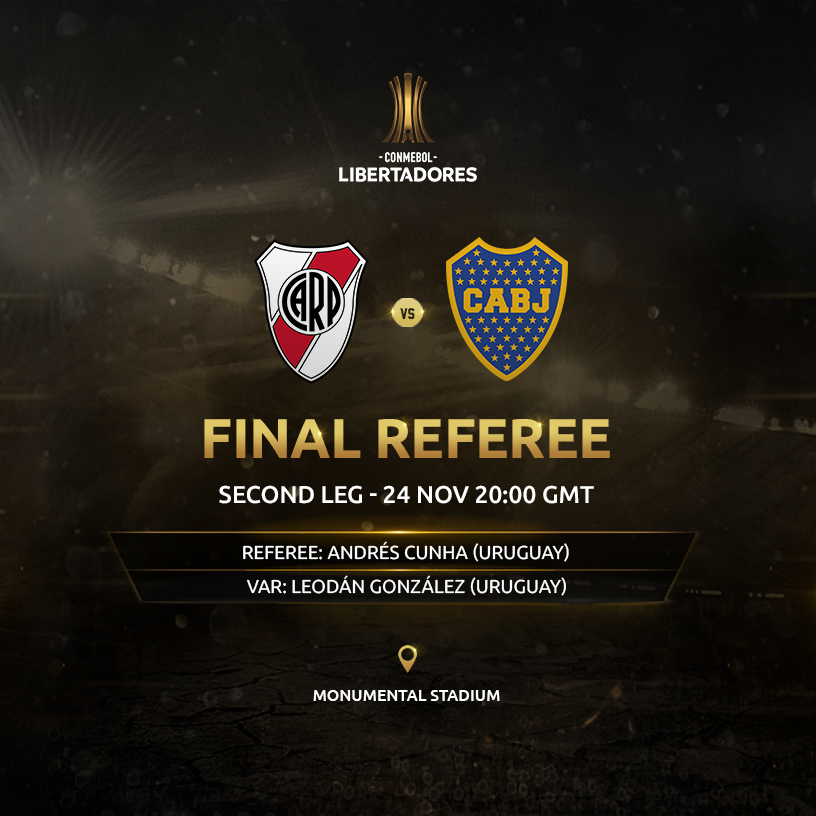 After Roberto Tobar took charge of the first leg between the two Argentinian giants, which finished 2-2, the officials have been confirmed for the return bout. Cunha's last match in the CONMEBOL Libertadores was River's second leg semi-final victory against Gremio which Marcelo Gallardo's team won 2-1.

Leodán González is in charge of VAR and his two assistants will be Esteban Ostojich and Richard Trinidad. All three are from Uruguay. The two linesman, Nicolas Taran and Mauricio Espinosa, are also Uruguayan but the fourth official is Peruvian Víctor Carrillo.

Cunha has officiated both Boca and River twice in the current edition of the competition. He was the referee for Boca's draw against Palmeiras in the group stage and the 1-1 draw against Cruzeiro in the quarter finals. For River, aside from their semi-final victory over Gremio, he was also the official for their 0-0 draw with Flamengo.