Action will begin on Tuesday in Venezuela when Carabobo battle Universitario . The Venezuelans first qualified for the Libertadores in 2017, but have quickly found themselves taking part for the third time in four years. In both 2017 and 2018, Carabobo were eliminated in the second phase of the competition.

Universitario failed to feature in the Libertadores last year, but find themselves on South America’s biggest stage for the 31st time. Uruguayan manager Gregorio Pérez has been handed the reins for 2020 and has brought with him a trio of Uruguayans: Federico Alonso in defense, and Jonathan Dos Santos and Luis Urruti in attack. Panamanian international Alberto Quintero is expected to feature up front as well, while José Carvallo in goal and Aldo Corzo in defense boast international experience with Peru.

A double-header awaits on Wednesday starting with an intriguing matchup at altitude between San José and Guaraní . At over 3,700 metres (12,000 feet) above sea level, the thin air of Oruro will help tell the tale of this one. In 2019, San José featured in the Libertadores group stage, picking up four points from a difficult Group D that featured eventual champions Flamengo. This San José team finds itself in a period of transition, but in possession of a terrific home field advantage: the altitude.

Guaraní’s best Libertadores run came in 2015, when they shut out both Corinthians and Racing over two legs en route to a semifinal appearance. Manager Gustavo Costas will no doubt hope for a similar defensive showing in 2020. In attack, Raúl Bobadilla has come across from Argentinos Juniors to lead the line, bringing with him over eight years of Bundesliga experience from his time with both Augsberg and Borussia Moenchengladbach.

The final first phase first leg match sees Uruguayan side Progreso host Ecuadorian stalwarts Barcelona . Just three years ago, Progreso were playing their football in the Uruguayan second division, but they’ve qualified for the Libertadores for the first time since 1990, and are hoping their long-awaited return won’t be a short one. At 37, Midfielder Mathías Riquero brings plenty of experience into the Progreso side, and he’ll hope to build on an impressive 2019 in 2020.

Barcelona have been protagonists in recent Libertadores, headlined by a run to the semifinals in 2017. However the Ecuadorians’ 2019 Libertadores run was cut off in the second phase with a surprising 3-1 elimination at the hands of Defensor Sporting. A number of players from the 2017 semifinal run are still with the club (or in the case of Jonatán Álvez have returned after stints elsewhere) including Damian Díaz, Gabriel Marques, Matías Oyola and Ely Esterilla. 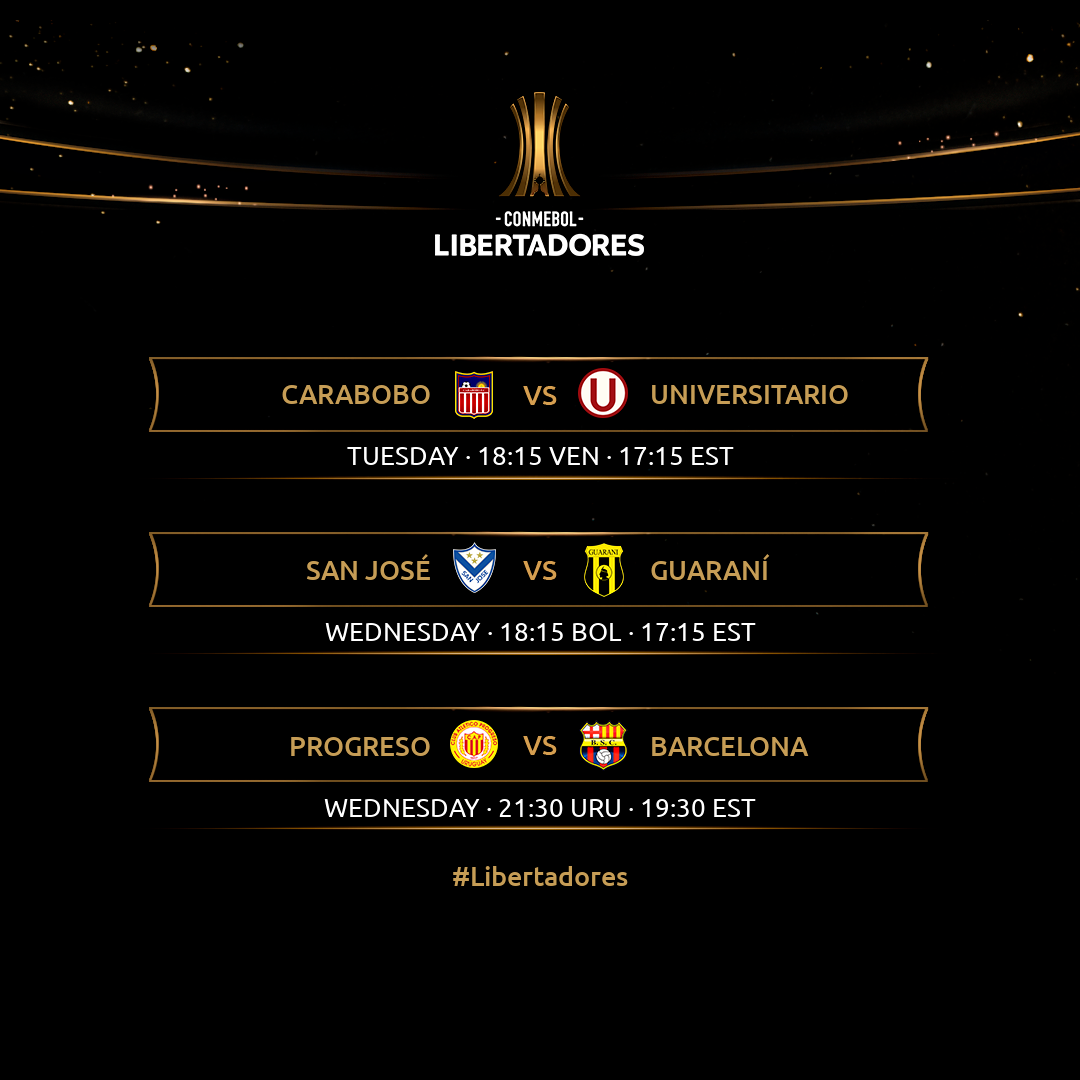