13/07/2020
@libertadores
The episodes will air on Facebook Watch starting at 21:30 (Brasília) featuring a soundtrack composed by rapper Sain, a Flamengo supporter.

The big day has arrived. “La Glória Eterna”, the exclusive production of the CONMEBOL Libertadores telling the story of Flamengo’s 2019 title, will debut this Tuesday (14). The first two episodes of the mini-series will air on Facebook Watch Tuesday night.

To tell the story of Flamengo’s historic victory over River Plate in Lima, “La Glória Eterna” goes back in time, beginning in 1981, the year the Brazilian side won the Libertadores for the first time. Mozer and Zico, two members of that team, detail how that title redefined the club, both in Brazil and abroad.

Rapper Sain also features in the first episode, narrating Flamengo’s campaign in the group stage of the 2019 CONMEBOL Libertadores as well as the first leg of their Round of 16 tie with Emelec, manager Jorge Jesus’ Libertadores debut. Sain also composed the series’ soundtrack and a previously unreleased song, “23.11”.

The impact of Jesus’ arrival, he became the second European manager to lift the Libertadores trophy, is the focus of the second episode of “La Glória Eterna”. In an exclusive interview, the Portuguese manager tells the story of his career, beginning in his home country until his decision to accept the challenge in Brazil, including his thoughts on Flamengo’s Libertadores obsession. 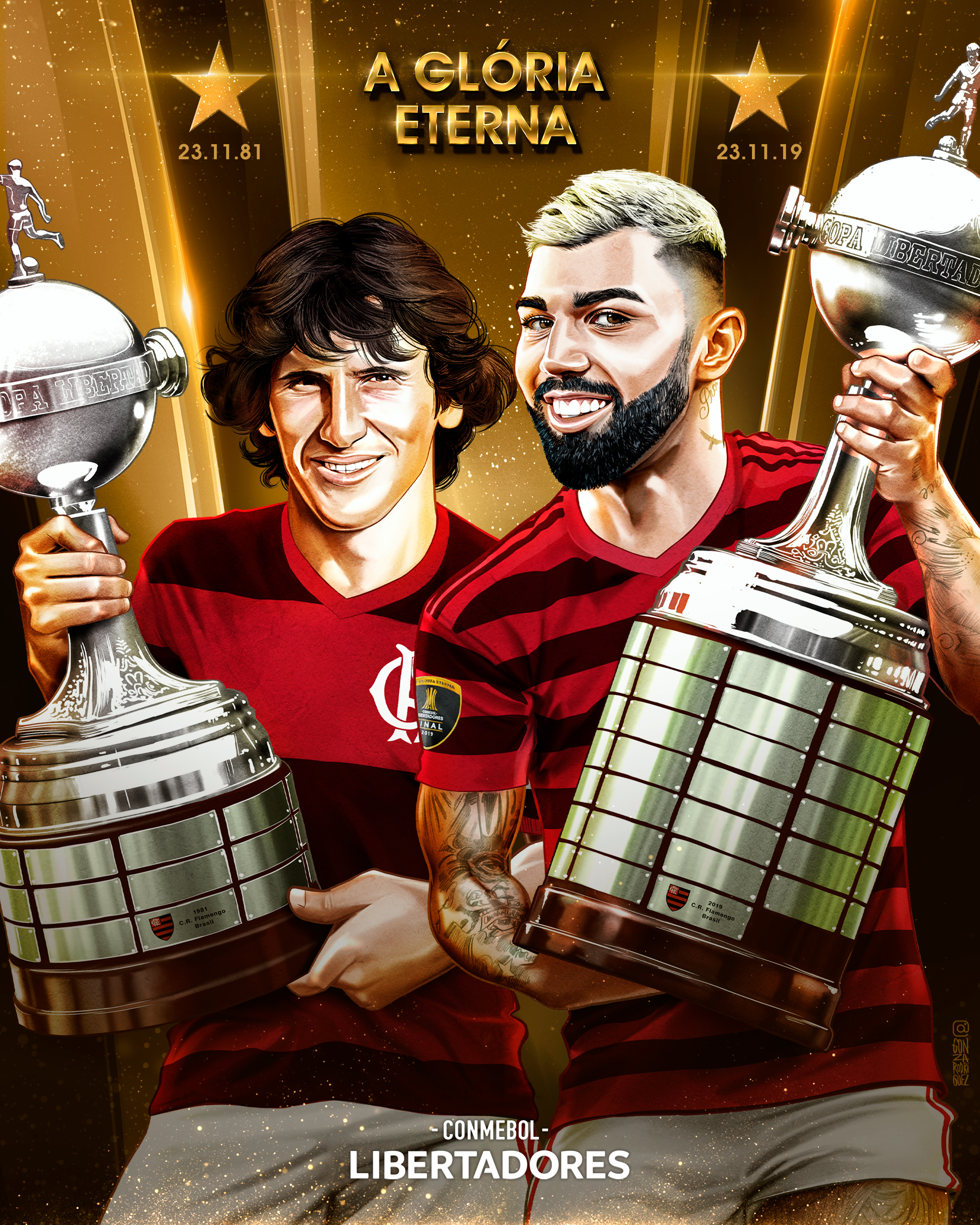