28/02/2020
A potentially wide open Group F sees all four sides confident of their chances of advancing. Experts break down the keys to success for each side, players to watch, style of play, and much more.

Uruguayan league champions Nacional reached the Round of 16 of last year’s edition of the Libertadores and going into the start of the year once again looked to be Uruguay’s best bet of progressing furthest. However, a rocky start to  manager Gustavo Munua’s tenure has seen a reappraisal of el Bolso’s chances in the continent’s premier competition.

The 41-year-old former goalkeeper is back at Nacional for a second stint in charge, but defeat in the Supercopa against Liverpool and one point from the opening two games in the league have dampened excitement.  However, a charitable group draw and an impressive squad with a youthful core means they shouldn’t be written off yet.

Key to any success will be the goals of veteran striker Gonzalo Bergessio who has enjoyed an Indian summer to his career since his move to Montevideo.  The 35-year-old Argentinian has 37 league goals in the last two seasons and is joined by an exciting cast of young prospects, many of whom formed the basis of the squad that won the u-20 Libertadores in 2018. Forwards Brian Ocampo and Thiago Vecino, creative winger Santiago Rodriguez and centre back Matias Laborda are all now first team regulars, with a few others knocking on the door.

Although the loss of Mathias Viña – arguably the best player in the Uruguayan league last year – is a big blow, Nacional can still count on some more experienced heads such as Gonzalo ‘Chory’ Castro, Panamanian keeper Luis Mejia and new signing Claudio Yacob.  Felipe Carballo, on loan from Sevilla, was fantastic last season and Mathias Suarez will hope he can recapture the form he displayed at Defensor Sporting. 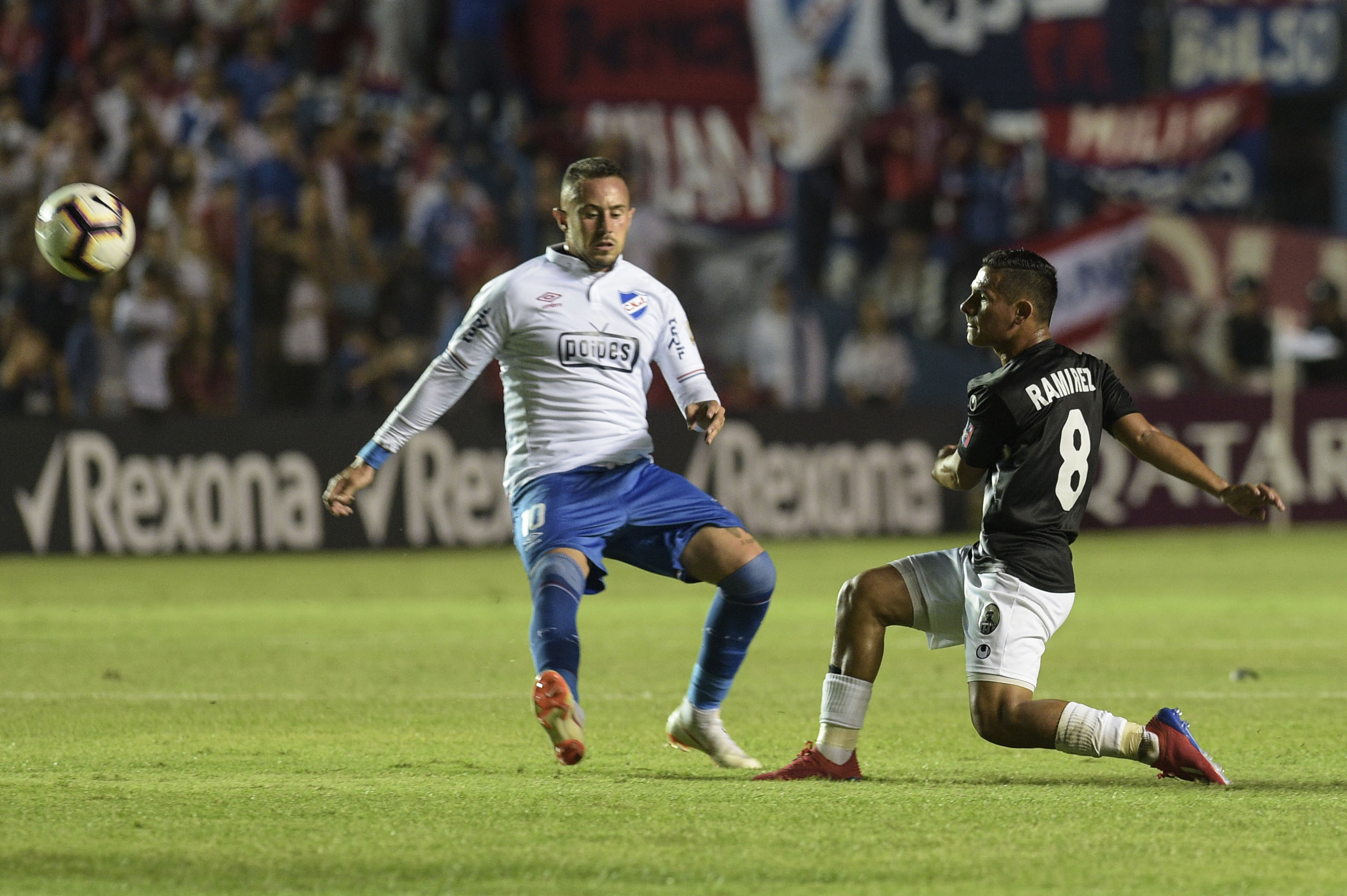 Another interesting story will be the return of Rodrigo Amaral after yet another long injury lay off.  The phenomenally gifted forward looked to be getting his career back on track before his latest injury setback last May. Still only 22, Amaral could be the joker in the pack to inspire Nacional in the Libertadores.

Racing Club are truly one of the greats of Argentine football, and one of the select group of clubs from that country to have been crowned world champions in the past.

In the domestic game, they are the only club alongside Boca Juniors to have won multiple league titles in recent years, but they have one outstanding debt: Continental competition.

Racing’s sole Libertadores triumph now predates the memories of any fan under 60, a huge frustration for their supporters as even smaller clubs like Argentinos Juniors and Velez Sarsfield have lifted the Copa in that time.

The challenge for their new manager Sebastian Beccacece is therefore to go one better than his predecessor Eduardo Coudet and take the club on a run to the latter stages of the competition.

Although Coudet, now Internacional manager, was able to deliver a Superliga title in 2019, his only Libertadores campaign at El Cilindro ended with a brutal 3-0 defeat to neighbors River Plate in the last 16 of the 2018 edition.

Beccacece became known to global viewers as Jorge Sampaoli’s long-haired assistant from the 2018 World Cup. Since leaving that job, he guided Defensa y Justicia, a tiny club from the outskirts of Buenos Aires, to second place in the 2018-19 Superliga thus qualifying them for their debut in this year’s Copa, a truly remarkable feat.

After a short and unsuccessful stint at Independiente, he crossed Avellaneda to join Racing in January.

His reign has already gotten off to a good start as La Academia recorded an astonishing win in a recent derby with Independiente, scoring the only goal of the game while playing with nine men against eleven.

One player to watch out for is right midfielder Matías Zaracho. The young Argentine has impressed so much that he is regularly called up for the national side.

This edition could also be icon Lisandro Lopez’s last shot at the Libertadores. The man is a living legend at the club, and the mere thought of the ex-Lyon striker lifting the Copa is enough to send a tingle down any Racing fan’s spine.

El Cilindro will be rocking on March 12 when Libertadores nights return to the old stadium for the first time since 2018.

No other Peruvian club has made more Copa Libertadores appearances than Alianza Lima, who have appeared in the Libertadores an impressive 26 times. One of Peru’s biggest and most successful clubs, Alianza Lima has been responsible for kickstarting the careers of some of the country’s best-ever players. They are Liga 1’s oldest active club, founded in 1901 and winners of 23 league titles, but Libertadores success has been hard to come by lately, with Alianza winless since 2012 in the competition.

The Uruguayan Pablo Bengoechea replaced Miguel Ángel Russo as manager midway through the 2019 season. It’s his second stint with Alianza, having won the league in 2017 and taken the team to two finals in the following two years. While his style of play is not always easy on the eye, it’s clearly garnered the desired results domestically.

Alberto Rodríguez at centre back is key to Lima’s defensive success. When fit, Rodríguez is a sturdy and experienced option for Alianza on the back line. The Peruvian international’s injury history is a huge caveat but there is no doubting his ability.

The 31-year-old Peruvian international Josepmir Ballón operates as a box-to-box midfielder and was arguably Alianza’s marquee signing before the season. The hope is that Ballón will be able to cover plenty of ground for the Limeño side. 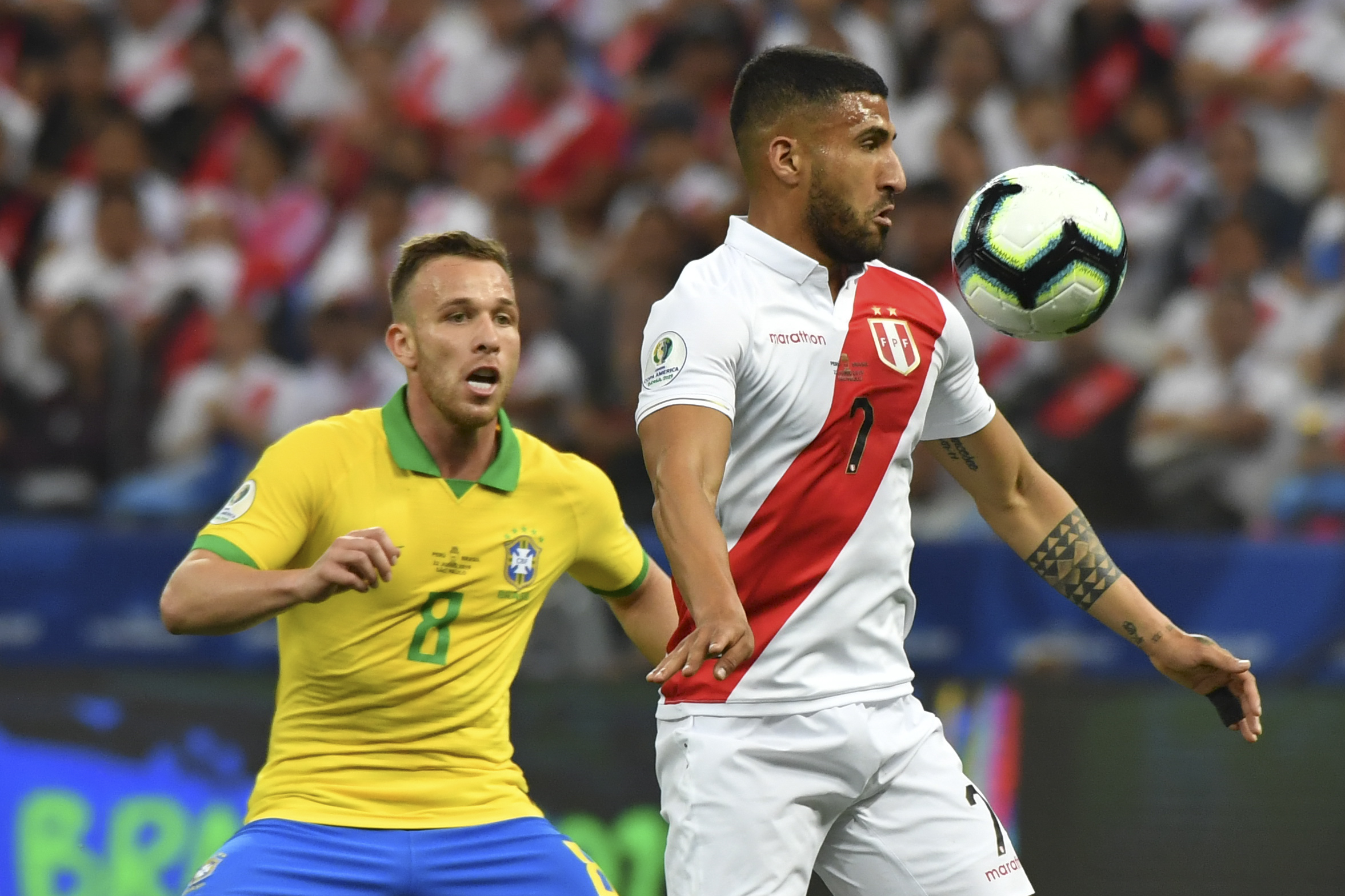 Considered one of the academy’s top products of the last few years, Oslimg Mora will likely earn opportunities this Libertadores. The 20-year-old has been deployed at right-back but he’s predominantly a right winger. Blessed with pace and excellent dribbling, Mora should be a lot of fun to watch in this year’s Libertadores.

Estudiantes de Mérida are back in the Libertadores after an extended absence.  Indeed, the last time that they participated in CONMEBOL’s premier club competition was in 1999 when they reached the quarterfinals.

Argentinian Martin Brignani took the reins of Estudiantes in early 2018. As a player, Brignani featured for a number of clubs in Venezuela but it is with Estudiantes that he made his name and he is very popular with the fans in Mérida.  His exploits as a manager, taking them within touching distance of the title last year, have served to only strengthen this affection.

Whilst Estudiantes’ success in 2019 was inspired by a duo of veteran playmakers (Jesús “Pulga” Gómez and Jesús Meza), it was actually their solid defence that provided the foundation of their success.  Young keeper Alejandro Araque was one of the players of the tournament in their Apertura win.  In front of him, the experienced central defensive duo of Oscar Sainz and William Díaz were well shielded by Cristhian Rivas in central midfield.  Unfortunately, much of that Apertura winning squad is no longer at the club – Gómez left midway through the year, while Sainz and Díaz left in the winter window and were joined by striker Luis Castillo in heading for pastures new.  Brignani’s task now is to assimilate his new signings quickly and to mold them into an effective unit.

Meza however remains, and the one time Venezuelan international made his name as a tricky attacking midfielder with fast feet and dribbling ability to rival any.  Now, in the twilight of his career, he has moved into a deeper position in the midfield.  His feet may not be as fast as they once were but his mind is as sharp as ever.  He orchestrates all of Estudiantes’ play from the centre of midfield and is still capable of many a fine pass.

As far as young talent is concerned,  it is not uncommon to see Edson Rivas line up alongside both of his older brothers Cristhian and Ronaldo in the Mérida XI.  An attacking midfielder with great poise, he can play off either flank or behind the striker.  He came into his own in 2019, filling the void left by the departure of Jesús Gómez.  He isn’t the finished product yet, but there is a lot of promise to his game and the Libertadores provides a high quality opportunity.