Robbie Blakeley
19/09/2019
Staff Images
Grêmio won the Copa Libertadores back in 2017 and have now reached the semi-finals three years in a row. Their record in the competition has only reinforced their reputation, alongside their coach Renato Gaúcho, as Brazil's "King of the Cups". 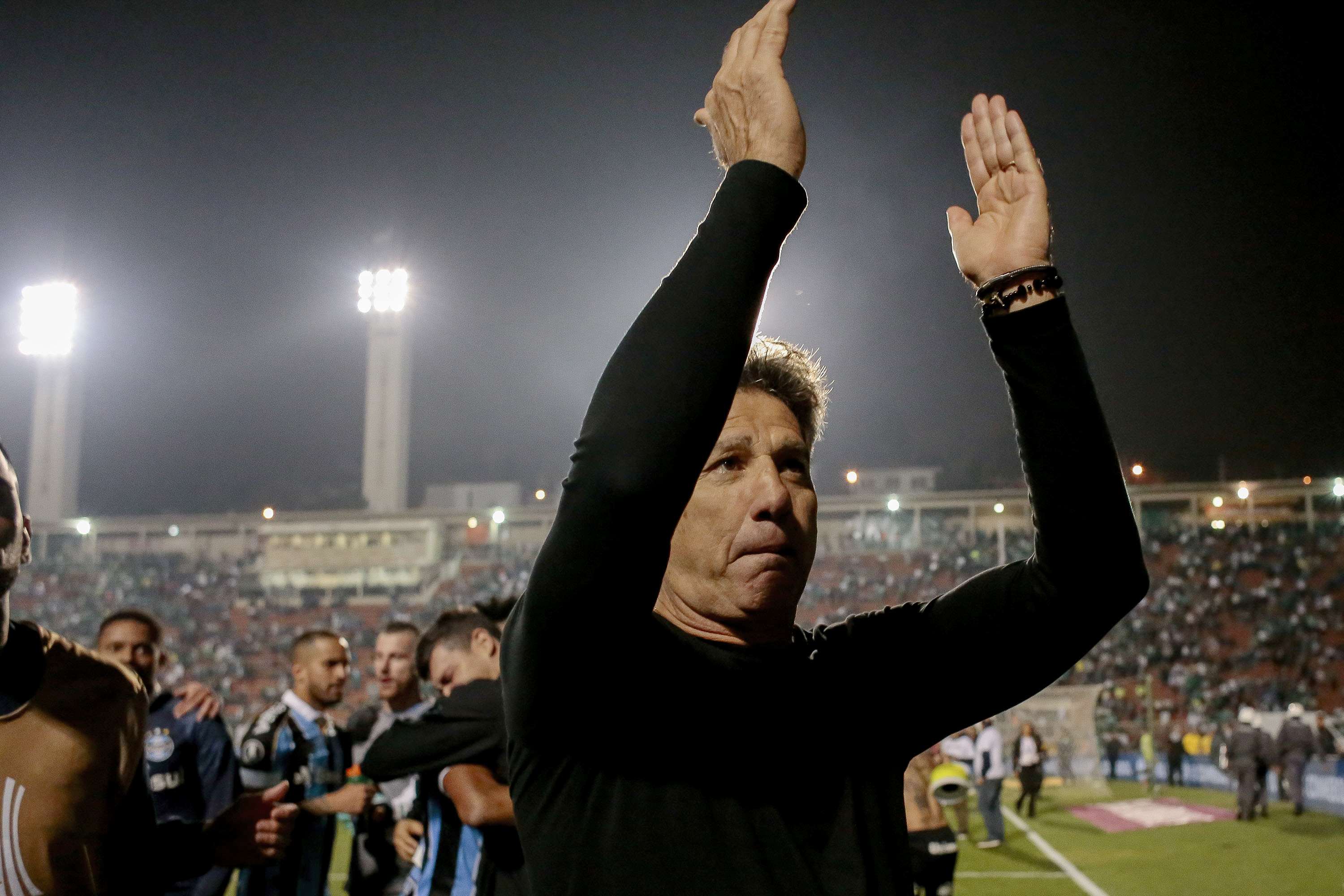 Grêmio, who find themselves in the semi-finals of the Copa Libertadores – South America’s answer to the UEFA Champions League – for the third year in a row are becoming synonymous with continental success. Last year they were eliminated by eventual champions River Plate (who are also in the final four this time around as well) and the year before they went all the way, seeing off Argentine outfit Lanús in the final.

Can history repeat itself in 2019?

The club has certainly come a long way during its 116-year existence and has sits place in Brazilian football history as one of the most traditional sporting establishments in the land. From an amateur existence in a small town (at the time of their foundation, Porto Alegre was home to just 120,000 inhabitants), Grêmio are now one of the biggest clubs in Brazil and a force to be reckoned with across South America.

Having been formed in 1903 the club turned professional in 1937, opening their Olimpico Stadium on 19 September 1954. The iconic bowl became known for one of the most striking images in Brazilian club football, known as “the wall”. In the standing area behind one of the goals, the club’s most fervent supporters would surge forward in unison whenever the home side hit the back of the net.

The Olimpico was home to the club for over half a century until they moved into the Arena do Grêmio in 2013. The modern stadium hosted matches at both the 2013 FIFA Confederations Cup as well as the CONMEBOL Copa América earlier this year.

But it is another CONMEBOL competition – the Libertadores – which has seen Grêmio thrive over the last few years. Since Renato Gaúcho came back in as manager close to three years ago in late 2016, his continuity in the hot seat has allowed him to instil a playing style and focus which precious few clubs in this corner of the globe can match.

🇪🇪⚽️ Home advantage could count for a lot when @gremio_en host @Flamengo on 2 October in the #Libertadores semi-final, first leg!

The club have found the back of the net 7⃣ times so far in front of their own fans! pic.twitter.com/jhtSYgkRNF — CONMEBOL Libertadores (@TheLibertadores) September 19, 2019

Leandro Webster is part of the Grêmio do Prata group and believes Renato has already written his name into the history books:

“There have been six titles in three years and the Libertadores [in 2017] is one of them, consolidating Renato’s career and putting him on the top level of Brazilian coaches. Renato recovered the confidence of the Grêmio fan base as well. We have returned to fill the stadium knowing that, regardless of the line-up, we will see a team looking for the win, with players that understand what Grêmio means to us,” Webster said.

And while Grêmio may not be challenging for the league title this year – they currently sit in eighth place, 14 points off league leaders Flamengo – there is no denying that cup competitions have become something of a speciality since Renato returned to the club. According to Webster, the coach is a huge part of that.

“To win the Libertadores [in 2019] would once again reinforce our tradition as a cup team and our label as the “King of the Cups”. It would elevate the club to a new level on the continent, putting us closer to the top of South American and world football,” Webster said.

Having lifted the trophy in 2017, and reaching the final four both last year and in 2019, Grêmio can lay claim to be one of the most successful sides in the competition in recent years. That is in no small part thanks to Renato Gaúcho and the work he has done transforming the squad during his time in charge.

👏🇪🇪 A very happy birthday to @gremio_en with the club turning 1⃣1⃣6⃣ today!

💪 The Brazilian club with the most #Libertadores victories will be in semi-final action next month!

Webster went on: “He [Renato] received a group which was heavily criticised by the fans, which was putting in poor performances and suffering eliminations. Renato rescued that group, and brought positive football to the group.

It would therefore seem a nigh-on certainty that the boss’s place in Grêmio history is secure, regardless of the outcome this year. Ahead of that crunch semi-final clash against Rio giants Flamengo, however, you can’t help but think another continental triumph, on 23 November in Santiago, would surely out the cherry on the cake of his excellent project in Porto Alegre.