Robbie Blakeley
19/08/2019
AFP
The two Brazilian giants are both capable of lifting the continental crown. For one, this will be the end of the road. 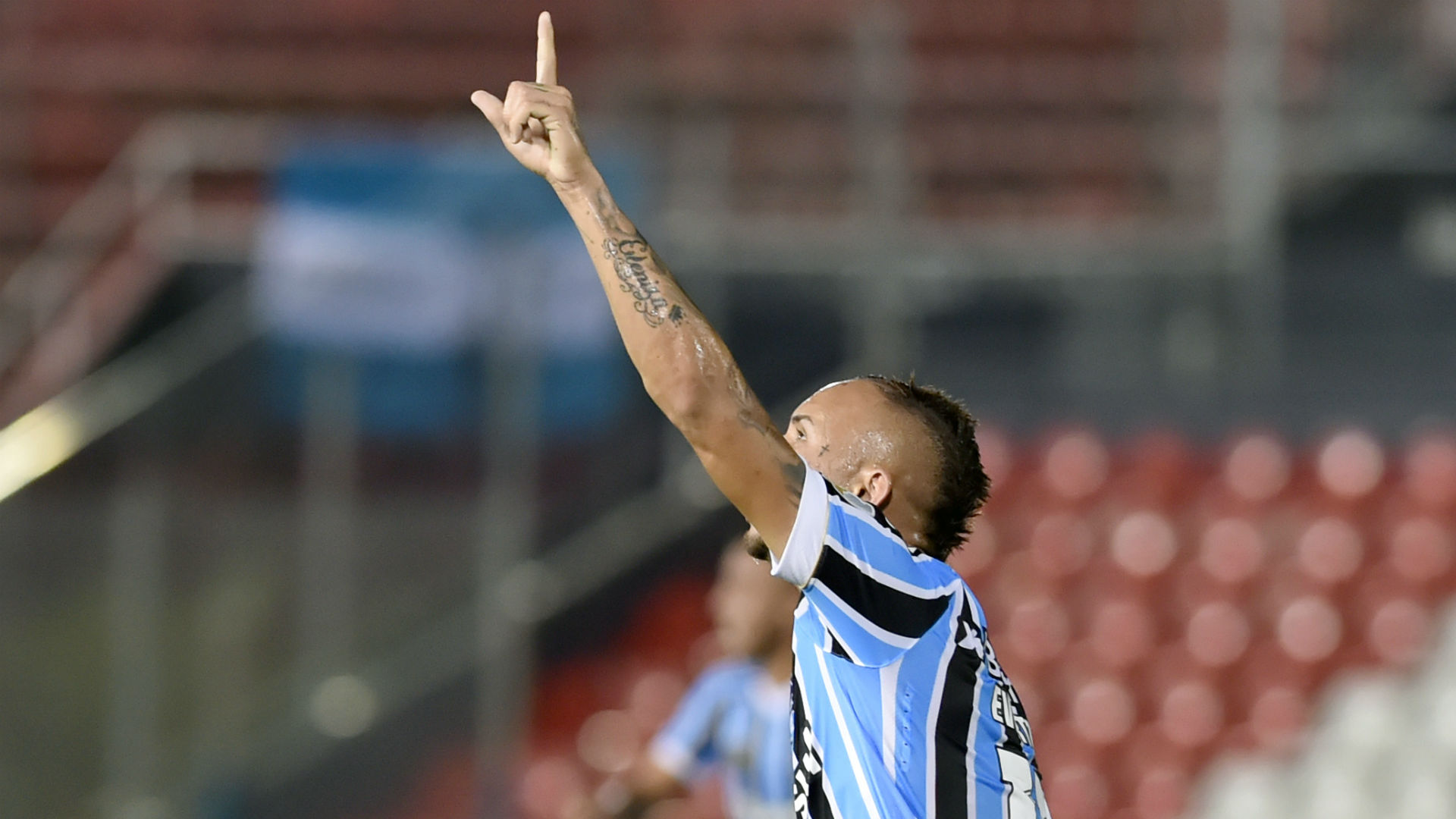 The wait is almost over. This coming Tuesday evening (20 August), Brazilian giants Grêmio and Palmeiras kick off the Copa Libertadores quarter-final ties with a mouth-watering prospect in Porto Alegre.

The teams are two of the most experienced Brazilian outfits in the continental competition, having racked up 19 participations in the tournament each. And this will not be the first time the two have paired off in South America’s premier club competition, while this past Saturday evening served almost as a dress rehearsal with the pair playing out a 1-1 draw in the Brasileirão.

Yet while that match may have ended honours even, and there appears little to split the pair on paper at least, when it comes to the head-to-head record it is Palmeiras who have the advantage in the Libertadores.

In four previous meetings, the Verdão have won two, with Grêmio recording one victory and the final clash ending in a draw. The only previous knock-out tie between the two came over two decades ago, back in 1995, with the gauchos advancing to the next round – if we witness a match half as pulsating we can count ourselves fortunate.

In two epic encounters – once again in the quarter-finals, just like this year – Grêmio won the first leg 5-0, seemingly booking their place in the final four. But Palmeiras bit back, winning the return encounter 5-1 to give their compatriots more than a fright.

On that occasion, Grêmio went all the way to lift the continental crown, and with a solid spine to their set-up, not to mention Everton “Cebolinha” leading the line fresh from his heroics in the yellow of Brazil, are more than capable of repeating the feat in 2019. The side won the tournament as recently as 2017, and a second title in just three seasons would surely catapult coach Renato Gaúcho into the pantheon of Brazilian greats on the touchline.

While the side’s league form has been far from consistent – they are without a win in their last five outings – they have come into their own in knock-out competitions.  The tricolor have the perfect opportunity to make a huge statement of intent against Palmeiras.

Palmeiras, by way of comparison, are defending Brasileirão champions, but have found the road heavy going since the restart following the Copa América. Luiz Felipe Scolari’s side are without a win in their last six league matches, but thanks to their excellent start to the season are just two points off Santos at the top of the table.

All of which adds to the excitement and pressure ahead of tomorrow’s gargantuan clash. Which side will hit the ground running? Who will put their domestic woes to one side in search of continental glory?

This is the title both sets of fans so desperately want, a way of underlining their supremacy across South America. Come next week, one will have fallen. There can be precious few slip-ups tomorrow night. The countdown has begun. A potential meeting with destiny awaits, for two of the biggest names in South America’s biggest land.