28/02/2020
The defending Libertadores champions are joined by the defending Sudamericana champions Independiente del Valle, Junior of Colombia and maybe the hottest team on the continent in the form of Ecuador's Barcelona.

Over the last few years, Brazil’s best supported club has manoeuvred itself into a strong financial position and has steadily built the strongest squad in the country. That progress accelerated last year, especially after the arrival of Portuguese manager Jorge Jesus. He implanted a modern, high-pressing style and with a few new signings who arrived around the same time the Rio de Janeiro side took off on an incredible run, winning the continental and domestic titles on one wild weekend in November.

They have kept many of the players that won them the final over River Plate last year including 2019 Copa Libertadores top scorer Gabriel Barbosa, last year’s Libertadores best player Bruno Henrique, and Uruguayan creator Giorgian De Arrascaeta. Gerson and Everton Ribeiro are the players charged with working the ball to the front men and as such are key to Flamengo’s style of play. Filipe Luis and Rafinha are playing as well as ever at full-back and Rodrigo Caio is the man who leads the back line. 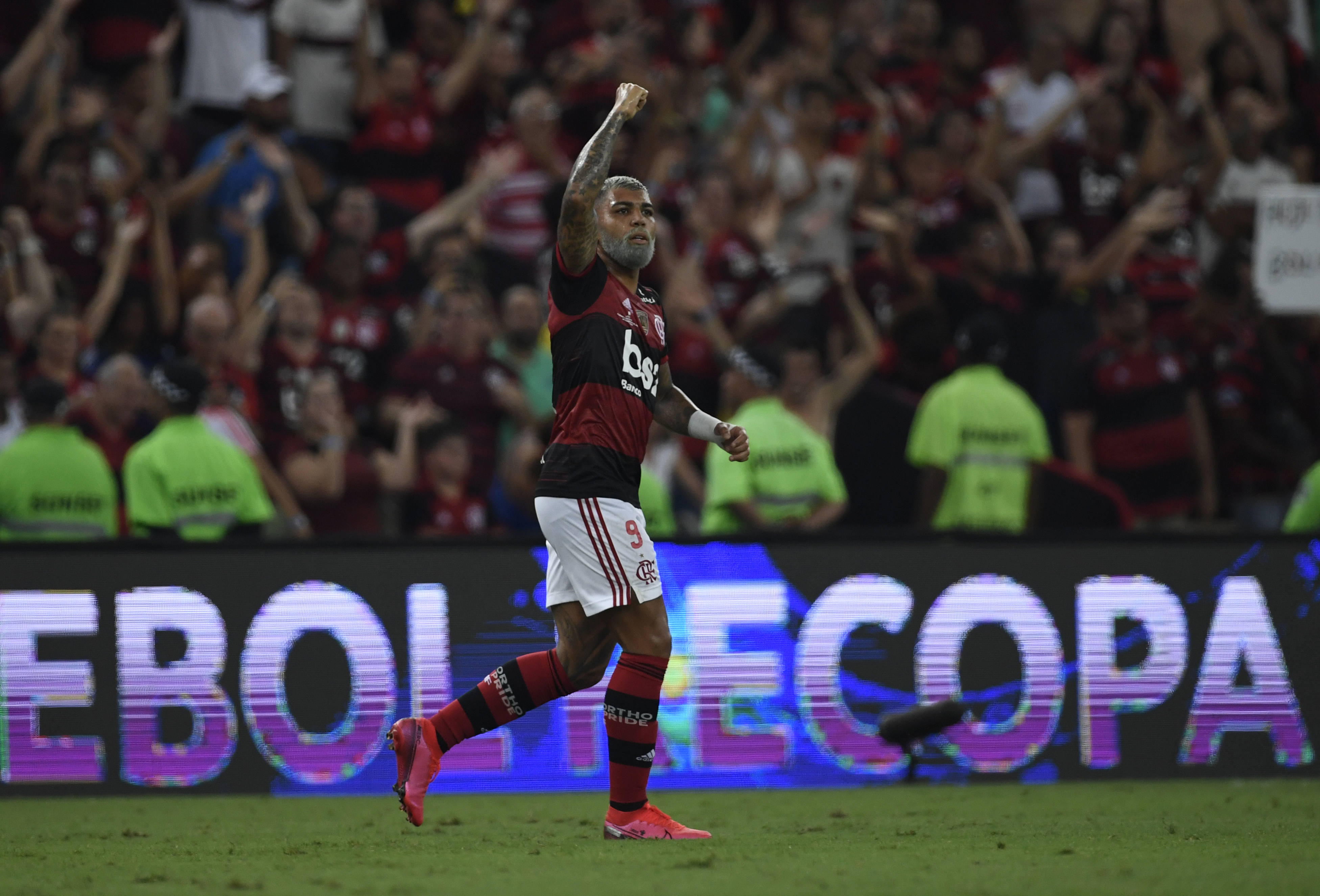 As if that was not enough, they now have significantly more strength in depth after the arrivals of former Fluminense centre-forward Pedro – at 22, still a rising talent –, Michael and Pedro Rocha in attack. In midfield, Thiago Maia came in from Lille, and at the back, Gustavo Henrique and Leo Pereira were added from Santos and Athletico. Last year’s Libertadores win was Flamengo’s first since 1981, when Zico and co. beat Chileans Cobresal in the final, so the Rubro-Negro do not have the strongest record in this tournament. But they will be looking to make up for lost time by going for the double-double this year.

Just five years ago, few in South America had even heard of Independiente del Valle. Nowadays, this modest club hailing from just south of Quito is a household name on the continent. A run to the Libertadores final in 2016 included memorable victories over River Plate and Boca Juniors, while they took other notable scalps on their march to winning the Sudamericana last year.

Spaniard Miguel Angel Ramirez remains in charge and has developed IDV’s attractive style of play since taking over last May. Ramirez worked as a coach in Qatar’s Aspire Academy as well as a youth coach in Spain with Alaves. Ramirez’s coaching ability combined with great organisation throughout the club mean Independiente del Valle are likely to stay competitive despite losing key players each year.

Attacking midfielder Efren Mena is a classy operator and is one of the older heads in the side. Mena’s ability to find the right pass and also contribute with goals from midfield means he is one to watch. Behind him you’ll find captain Cristian Pellerano, the oldest player at the club, a player who provides intelligent positioning and tactical nous. Jacob Murillo on the left is a real threat going forward, a good dribbler with playmaking abilities too. Up front is Panamanian international Gabriel Torres who was key for IDV last year in attack.

Young talent is not difficult to find at IDV, with that being at the heart of the club’s philosophy. Forward Alejandro Cabeza provides a real threat with his pace and skill, especially on the counter-attack. The 22-year-old was often used as an impact sub towards the end of the successful Sudamericana campaign last year to great effect - he finished the tournament with 4 goals and 3 assists.

20-year-old John Jairo Sánchez provides versatility down the right flank where he is capable of operating in a number of roles. Sánchez finished the Sudamericana last year with 3 goals and 2 assists. 18-year-old defensive midfielder Moises Caicedo only has a handful of league appearances for IDV, but has been making a big impression with his passing and physical presence, he could well be their breakout star this year.

The group, which contains Flamengo, who recently beat IDV over two legs in the Recopa Sudamericana, and fellow Ecuadorian side Barcelona, on a strong run of form themselves, will no doubt be difficult. Independiente del Valle’s ability to pick up surprise results on the road may prove the difference when it comes to advancement.

Junior return again for this year’s Copa Libertadores as winner of the 2019 Colombian Apertura. The Barranquilla club have retained the core of last year’s side with some good quality attacking additions and a few interesting youngsters set to potentially  break through this year.

Fan favourite Teófilo Gutiérrez remains key in attack and he has been joined by fellow Colombia international Miguel Borja. Borja is an all-action, physically impressive striker who was key in Atletico Nacional’s Libertadores win in 2016 and turned up in important moments for Palmeiras in recent years.

Classy playmaker Sherman Cárdenas has signed to bring some more invention to the side, while the likes of Venezuelan international Luis González, plus Fredy Hinestroza and Carmelo Valencia will provide pace and impact.

Flying winger Edwuin Cetré had an excellent Olympic Qualifying tournament for Colombia U23, showing increasing maturity and intelligence in key moments. Highly-rated Luis Sandoval is yet to show the same consistency at the top level but could provide some spark off the bench in attack.

Didier Moreno is a tough ball-winner in midfield alongside the dynamic Larry Vasquez, tidy James Sanchez and solid Leonardo Pico.

At the back, Junior have the experienced German Mena alongside Jefferson Gomez, a supremely talented defender who was linked with a number of big Italian clubs before a series of injuries brought a sudden halt to his development.

Expect Junior’s fullbacks to push on with Fuentes particularly exciting, albeit temperamental and prone to the occasional red card. Uruguayan Viera will once again play in goal and will occasionally come forward to take attacking freekick in the great South American tradition.

This is a side full of attacking quality and a fairly solid defensive base. The question will be can they connect the two and find a system that works. They struggled in last year’s tournament despite significant individual quality. Victor Cantillo made more passes than any other player in the 2019 group stage but has moved on.

Veteran Uruguayan manager Julio Comesaña returned for his ninth spell at the club last year and will need to quickly impose some order and balance to this talented yet somewhat disorganized group.

Barcelona became the first side to advance through all three of the opening phases to qualify for the group stage. The 2017 semifinalists were the last side from outside Argentina or Brazil to advance that far in the Libertadores, and while a repeat of that performance will require a titanic effort, particularly given a tough draw in Group A that features both the defending Libertadores and Sudamericana champions plus a tricky Junior side, early returns suggest this side possess the talent needed to repeat such a run.

Argentine Fabián Bustos took over the side at the end of a 2019 that saw Barcelona disappointingly eliminated early on in both the Libertadores and the Ecuadorian playoffs. That meant they had to start their long journey to the group stage in the first phase of the 2020 Libertadores. Barcelona made quick work of Progreso and Sporting Cristal in the first two rounds, then thumped Cerro Porteño 4-0 away from home to seal their spot in Group A.

With an astounding eight goals in his first six Libertadores matches in 2020, Fidel Martínez has taken the competition by storm so far this year, getting a leg up in the golden boot race before his main competitors have even debuted. Considering Gabriel Barbosa took the golden boot with nine goals in 2019, Martínez could be well on his way to claiming the honor in 2020. Strong, quick and most importantly clinical, Martínez is the focal point for this Barcelona side but not the only threat. 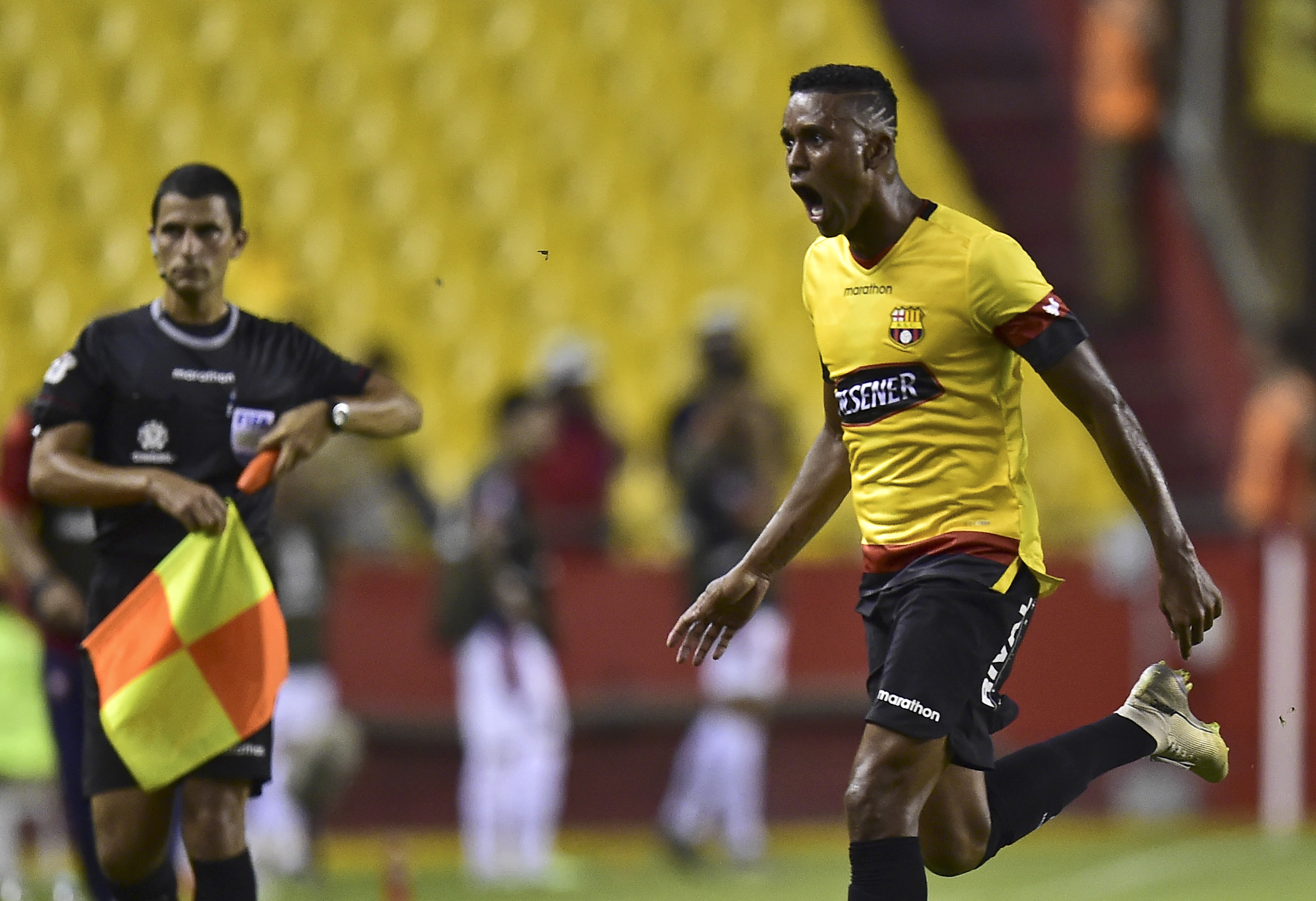 Midfielder Damián Díaz, a key cog in the 2017 semifinal run, connects the midfield to the attack, which also features fellow Argentine Emmanuel Martínez and the Uruguayan Jonatan Álvez, who have each scored already this Libertadores. The Brazilian Gabriel Marques, another holdover from the 2017 side, brings strength and nous to the back end of the midfield.

If there is a weakness to this Barcelona team, it may be in goal after Argentine Javier Burrai left Wednesday’s match with Cerro Porteño injured. His replacement was Victor Mendoza, who despite being 25 has featured just seven times as a professional.