In the CONMEBOL Libertadores, you can count on just about anything happening, including the odd goalkeeper stepping up and scoring for his side. While the legendary Rogério Ceni is perhaps the most famous of the goalscoring goalkeepers, the Colombian René Higuita also features on a list of six goalkeepers with multiple goals scored in their Libertadores career.

The São Paulo idol Ceni leads the way, with an impressive 14 goals scored in his 90 Libertadores matches, a record for Brazilian players. Ceni's 14 goals also have him atop the list of São Paulo goalscores. Ceni lifted the title on two occasions, including in 2005 when he captained the São Paulo side.

A champion with Atlético Nacional in 1989, René Higuita also scored 5 Libertadores goals in his illustrious career, including a famous free-kick against River Plate in the 1995 Libertadores.

Cerro Porteño's Danilo Aceval scored four times in his Libertadores career, while another Paraguayan, José Luis Chilavert, scored a trio of goals. Rounding out the list of multiple goalscoring goalkeepers are the Bolivian Mauricio Soria and the Argentine Christian Lucchetti, who currently plays for Atlético Tucumán. 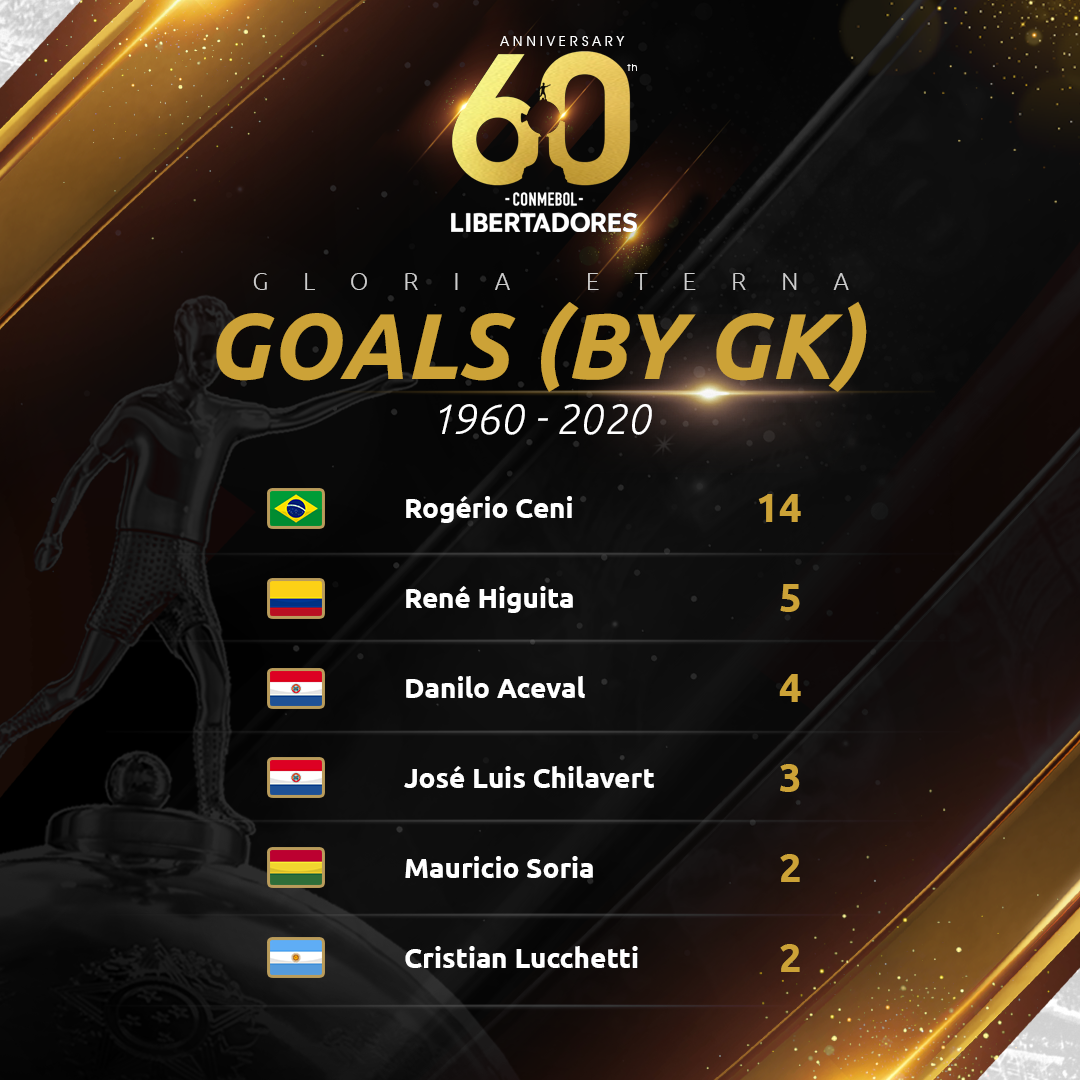