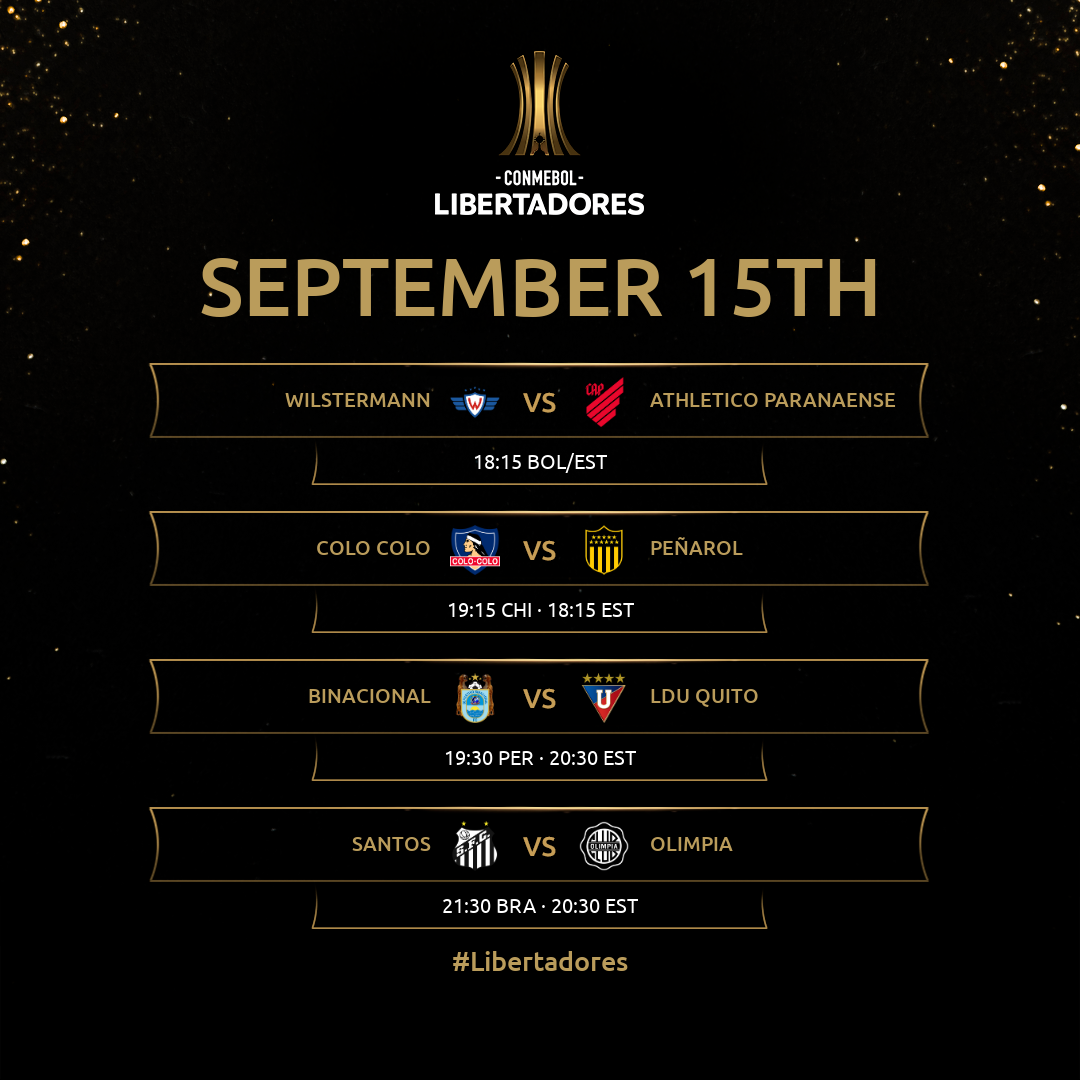 On Wednesday, another five matches take place across the two windows, headlined by Internacional's clash with América de Cali early, while Grêmio travel to Universidad Católica in the late window. 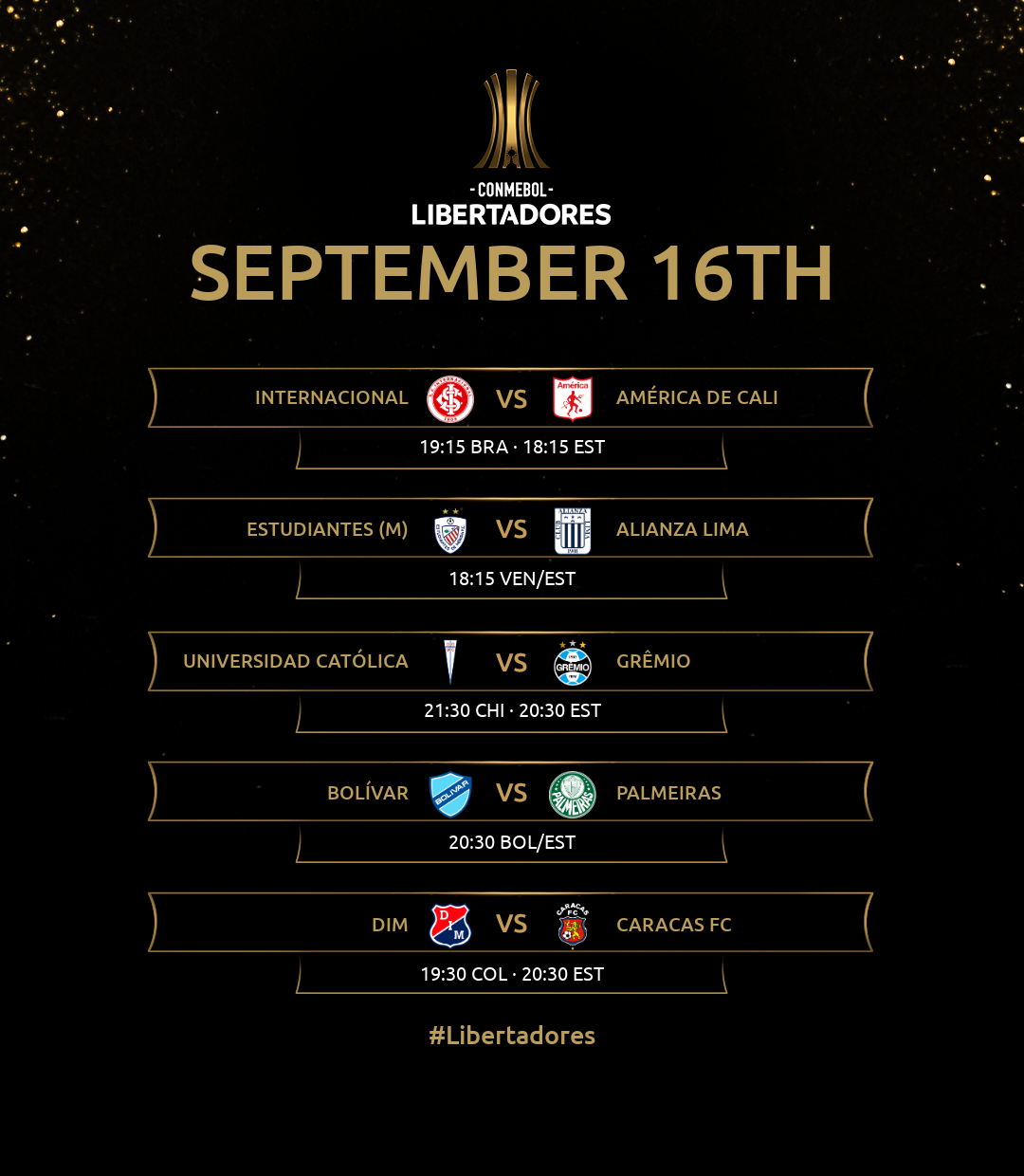 Thursday's action features seven matches with all five Argentine sides resuming their participation as well as a re-match of the 2020 Recopa between Independiente del Valle and Flamengo. 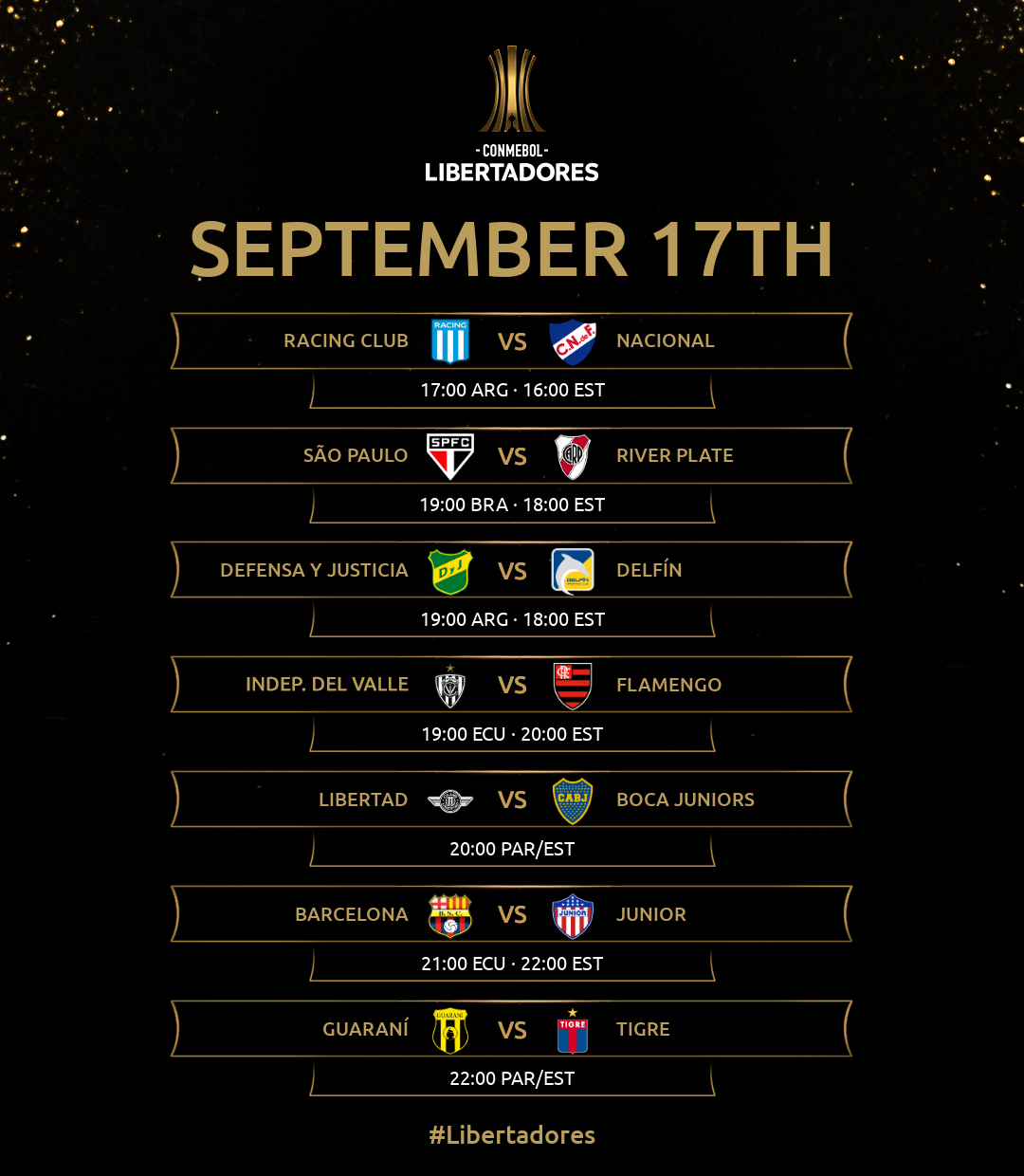 Matchday four will take place the following week (September 22nd-24th), with the fifth Matchday scheduled for the week after (September 29th-October 1st). The sixth and final Matchday is scheduled for mid-October, with the Round of 16 beginning in November. The 2020 Libertadores Final will take place in January of 2021 on a yet to be determined date.

The full schedule for the remainder of the Group Stage can be found here.