23/09/2019
Alexandre Vidal/CR Flamengo
All four Libertadores semi-finalists were in domestic action this past weekend. Flamengo won their seventh match in a row to stay top of the Brasileirão. 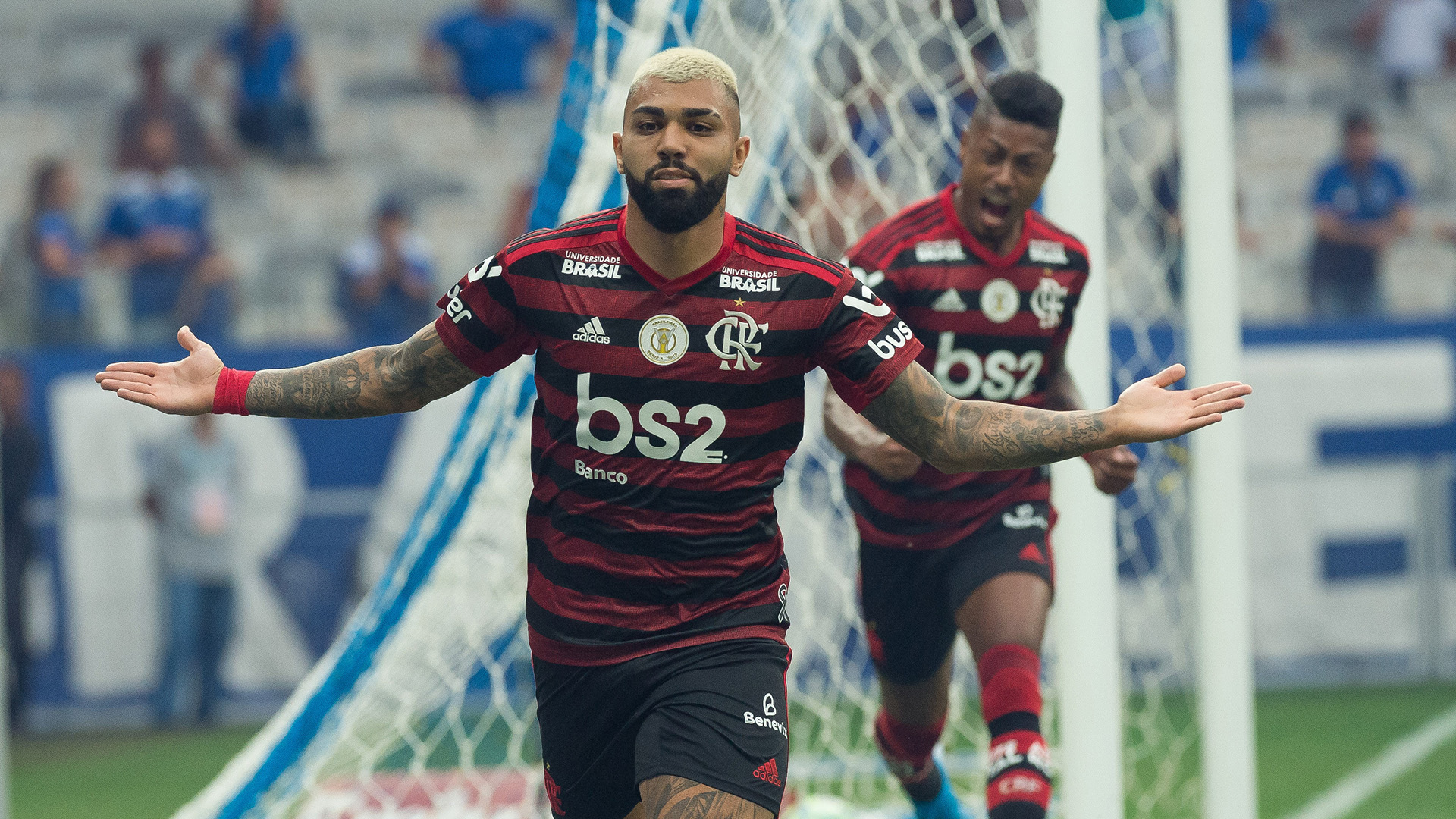 Three of our four Copa Libertadores semi-finalists picked up three points in domestic action this past weekend. On Saturday afternoon (21 September), Flamengo kept their recent winning streak going with a 2-1 victory over Cruzeiro at the Mineirão.

Gabigol headed the Rio club into the lead with just six minutes gone – his 17th league goal so far this season - before Thiago Neves equalized for the hosts from the penalty spot. But Flamengo had the last laugh when former Cruzeiro playmaker Giorgian De Arrascaeta fired home from inside the penalty area to seal the points for the Rubro-Negro.

The club sit three points clear at the top of the table having on their last seven league games in a row. Next up for them is a clash with Internacional – who they eliminated in the Libertadores quarter-finals – on Wednesday evening.

🔴⚫️😍 @Flamengo do it again! A 2-1 win over @Cruzeiro at the Mineirão leaves the Rubro-Negro six points clear at the top of the table!

🔜🏆 Fla have won seven league games in a row and meet @gremio_en in the #Libertadores semi-final next month!

Meanwhile, Boca Juniors stayed in pole position in Argentina following a routine 2-0 win over San Lorenzo. Goals from Lisandro Lopez and Hurtado gave all three points to the Buenos Aires giants, who have collected 17 points from a possible 21 and are yet to concede a goal in seven league games so far this campaign.

This coming Saturday, they take on Newell’s Old Boys who sit fourth.

🙌 @BocaJrsOficial win another! Boca defeated @SanLorenzo 2-0 today and are on top of the @Superliga_Eng table!

And Saturday’s action was concluded with  hugely impressive 3-0 win for Grêmio away to Santos in the Brasileirão. Following a quiet first half, Grêmio burst into life after the interval, with Éverton, Luan and Pepê all finding the back of the net to record a convincing victory.

The side has now won their last three league matches in a row and are just six points behind Santos in third place. This coming Thursday evening they host struggling Avaí and will be confident of keeping their recent winning streak alive as they prepare for that crunch Libertadores semi-final clash against Flamengo next month.

The only side to taste defeat this weekend was defending Libertadores champions River Plate. River went down 2-1 on home soil to Vélez Sarsfeld on Sunday, falling to their second defeat in just seven league outings so far this term.

They sit six points back on Boca, who they will meet in the Libertadores semi-final first leg on 1 October.