Robbie Blakeley
09/09/2019
Alexandre Vidal/CR Flamengo
Ahead of their Copa Libertadores semi-final next month, Flamengo and Grêmio have been ramping up their league form in recent weeks. Both recorded convincing victories this past weekend. 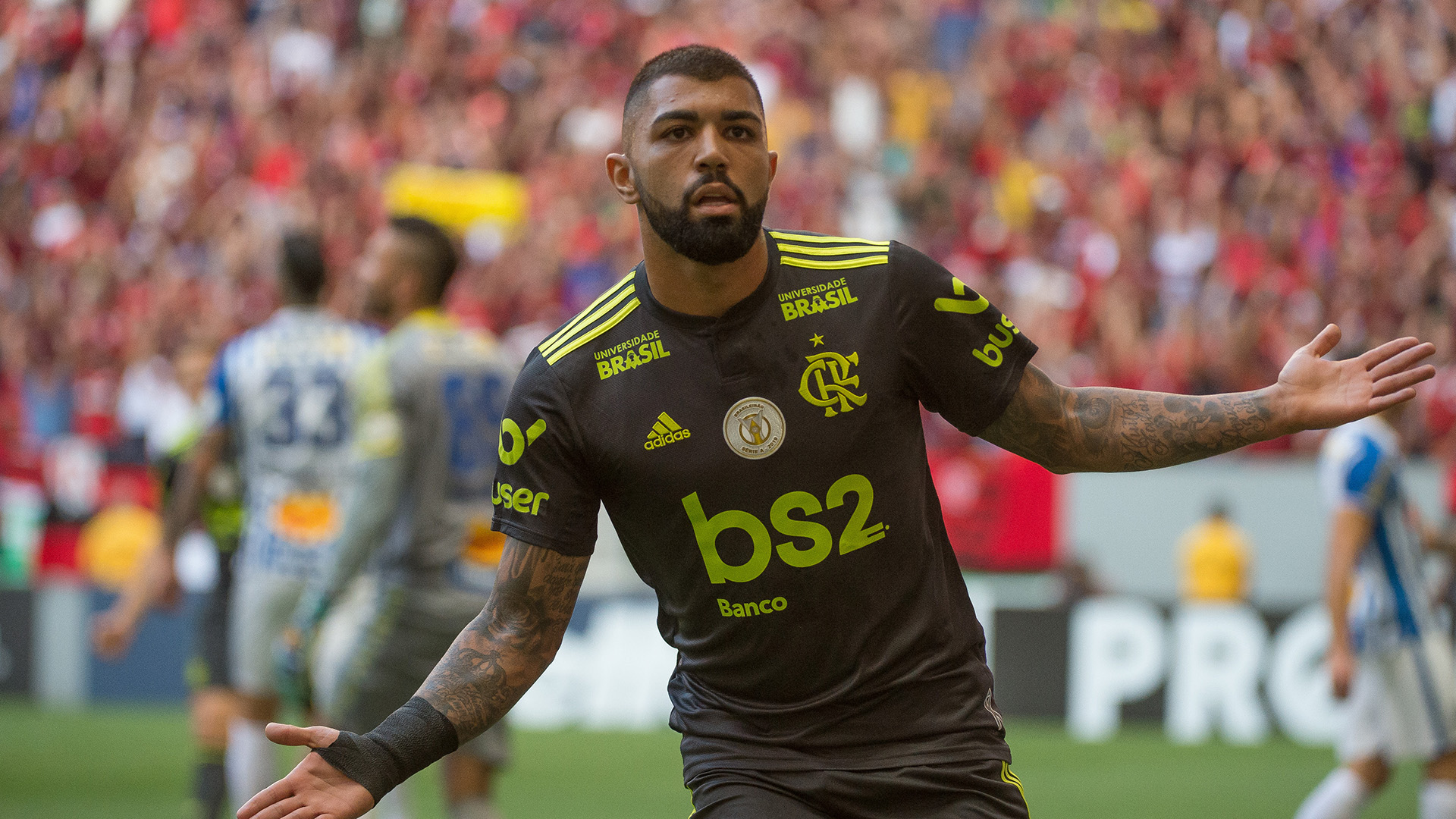 Both Flamengo and Grêmio warmed up for their mouth-watering Copa Libertadores semi-final clash with convincing wins in the Brasileirão this past weekend. On Saturday afternoon (7 September), Flamengo thrashed bottom club Avaí 3-0 at the Estádio Mané Garrincha in Brasília.

Gabigol was on the score sheet once again and the Brazil international now has 15 league goals this term as well as 29 strikes across all competitions. There was also a first goal for Reinier as the Rubro-Negro strolled to victory against a side struggling for both form and confidence.

🔥😍 Top of the Brasileirão and in the #Libertadores semi-finals, @Flamengo and @gabigol are on fire right now, after a 3-0 win over Avaí this afternoon

The result means that Flamengo have now won their last five league meetings on the bounce and sit two points clear at the top of the table after Santos were held to a draw by Athletico. Jorge Jesus has transformed the team’s style of play and a league and Libertadores double remains very much on the cards.

Arguably the most encouraging aspect of the Flamengo performance was the strength of the collective display – right now there appears to be no weak link in this line-up and their strength in depth is there for all to see. This coming Saturday morning (14 September) Flamengo host Santos in a first v second at the top of the table in a contest which could have huge ramifications for the outcome of the league title.

Not to be outdone, Grêmio headed to Belo Horizonte on Sunday morning and duly thrashed Cruzeiro 4-1. The victory lifted Grêmio up into 11th place, and they are now just five points behind local rivals Internacional in sixth, having gone four league matches unbeaten and taking eight points from a possible 12.

Diego Tardelli and Alisson put Grêmio ahead inside half an hour before Fred pulled one back from the penalty spot before half-time. But the plaudits belonged to Éverton Cebolinha, star of Brazil’s triumphant Copa América campaign in July.

🇪🇪💪 It was a goalfest in Belo Horizonte this morning as @gremio_en thrashed @Cruzeiro 4-1 in the Brasileirão, with Éverton Cebolinha bagging a brace!

His boldness and dribbling caused a myriad of problems in the Cruzeiro back line and they simply could not deal with the forward who has been tipped for a huge future in the game. The Little Onion bagged a brace to underline Grêmio’s dominance on the day and to send a clear message to Flamengo ahead of their Libertadores semi-final first leg tie on 2 October at the Arena – I’m coming for you.

Flamengo are leaking goals in the Brasileirão at a rate of a goal a game and Éverton will surely back himself to test the likes of Rafinha and Pablo Marí. It is shaping up to be an encounter of epic proportions.