Jon Arnold
20/08/2020
In football, and especially in the Libertadores, players fight for the shirt. They are proud to wear the colors. What that jersey means and what it looks like matters to the fans, to the players and to everyone involved with the club.

So, when Uruguayan giants Nacional decided to take control of its uniform design, it was a risk. Typically, a club’s apparel partner heads up the design process, but Nacional wanted to take charge and create a jersey that was unmistakably theirs.

The risk has paid off with a shirt that not only has been extremely popular with the hinchas but also is recognized even outside the soccer community, as a work to be exhibited in the 7th Biennale Iberoamericana de Diseño, a showcase of the best design produced in Spanish-speaking countries.

“We wanted to tell a story in all of the three official kits,” said Martín Sarthou, Nacional’s manager of communications who coordinated an effort that saw the club put forth the concept, Montevideo-based studio Bruster execute the design and Umbro implement the technology needed to get the shirts on the players’ backs.

Putting a narrative into a piece of clothing was a meticulous effort from all involved, requiring every detail to be checked, every design element to be genuine and every seam put into the right place to make sure it would resonate with those who have made the club what it is today.

The home shirt tells the story of Nacional’s storied past, with a number of design elements that nod to their triumphs in the Copa Libertadores and the Copa Intercontinential. 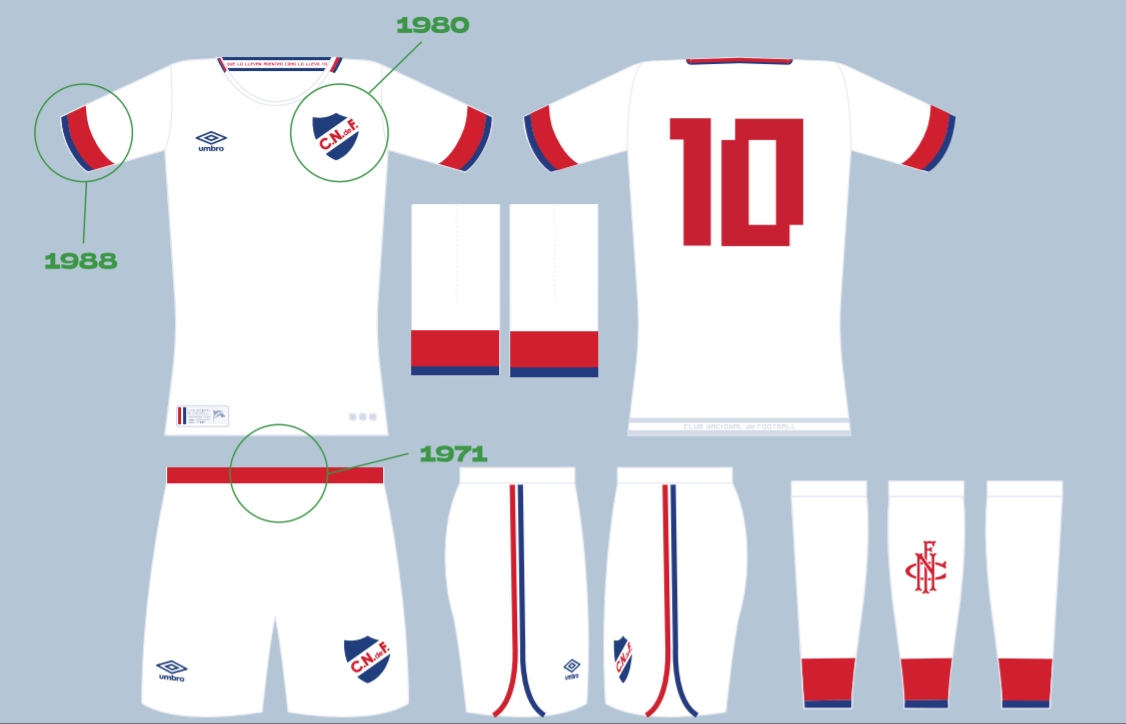 While it looks to be one of the team’s traditional white shirts, when the shirt gets wet, it reveals a pattern of flags that mirror those hung by fans in the stadium. 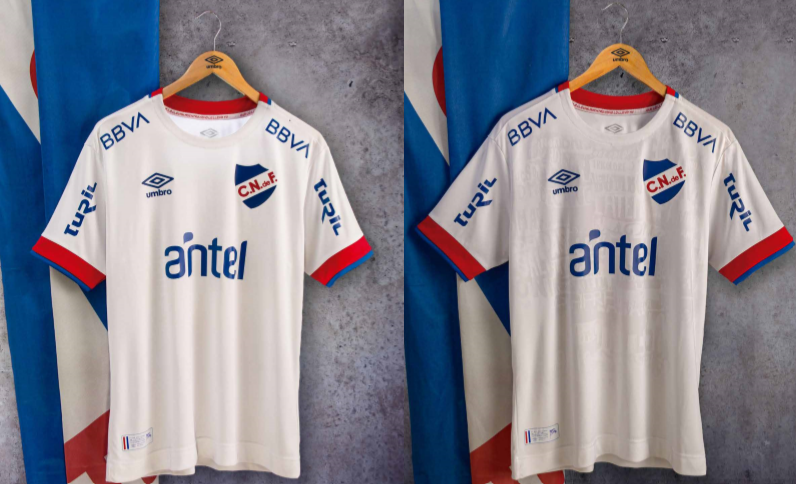 One of the most striking elements is on the back of the shirt, where Bruster created a proprietary font based on the letters hand painted by fans on the Atilio Garcia stand of the Gran Parque Central. To achieve the typeface, Bruster utilized a drone to capture each letter and analyze the shape and size originally painted by the club’s fans. 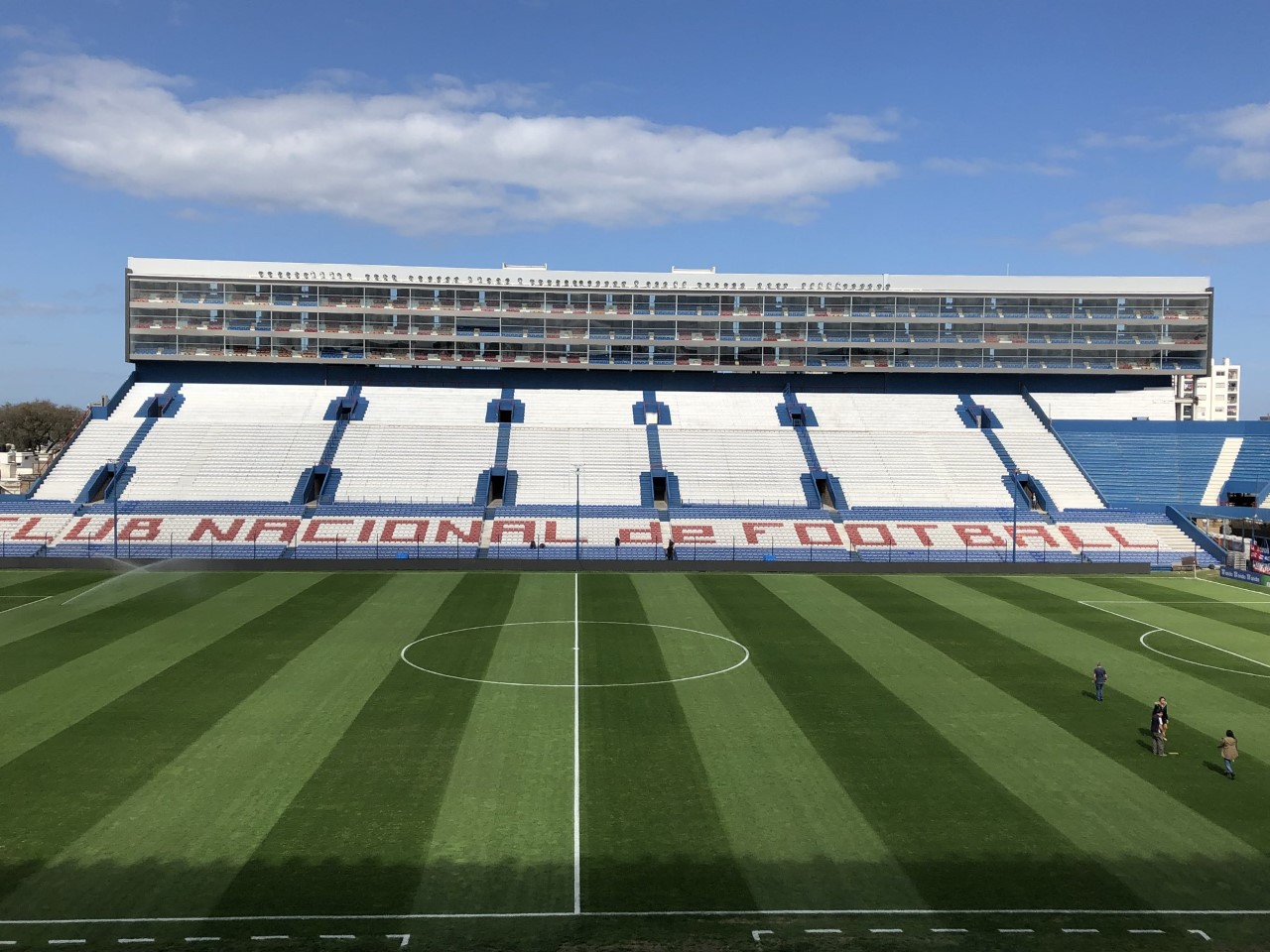 “The fans painted the stands themselves. They do a work day and the fans paint the typography, so the idea was to make reference to that,” said Bruster's Martín Albornoz. “Big clubs have history, and they have fans. So, that’s what we wanted to put on the shirt. The numbers are part of the fans and part of the history.”

For letters that don’t appear on the “CLUB NACIONAL de FOOTBALL” design, Bruster approximated what they would look like in the same style, leading to a full typeface they’ve registered as GCP Font, named after Nacional’s home stadium, the Gran Parque Central.

The process wasn’t without speed bumps. Staying true to the concept, Bruster originally designed the letters with the 8 seat x 6 seat dimensions as they appear on the stand. However, modifications had to be made when Umbro informed the studio that it needed a different size to bring the numbers in line with Libertadores regulations.

There also was the pressure for the designers executing the project of a lifetime, creating the jersey for the team they love.

“I think one difficult thing was dealing with a project that was so massive, where public opinion is going to be so strong, something where you’re going to have the opinion of more than half of the population,” said Santiago de Souza, a Bruster graphic designer. “This responsibility existed and so too did the responsibility to do justice to the history of the club and the fans who were going to utilize the shirt. People are very critical, and we knew they’re the first to decide if they liked it.”

The verdict is clear, though the same COVID-19 pandemic that has delayed the return of the Libertadores nights to the Gran Parque Central also has made the kit more of a collectors item than previously hoped.

With factories in China closed in January and February, Sarthou said, it was a quick turnaround to get them ready for the debut not only of the men’s team but also for Nacional’s up-and-coming women’s team to be outfitted in the same kits. That depleted much of the stock, and few fans were able to get their hands on the shirt. Sarthou said more and more are arriving, and the club is working to keep up with demand.

“We’re keeping in mind that there wasn’t enough stock, there are a lot of people on the waiting list or waiting for when more stock arrives. Maybe that also helps for people to want the shirt more and everyone is waiting to have it,” he said with a laugh.

That doesn’t mean there haven’t been signs of the concept’s success around Montevideo. Bruster created a new logo featuring an intertwined CNF with the same serifs used for the team’s first-ever shirt. It appears on the back of the socks on the full kit, but despite being a new mark it has caught on quickly. 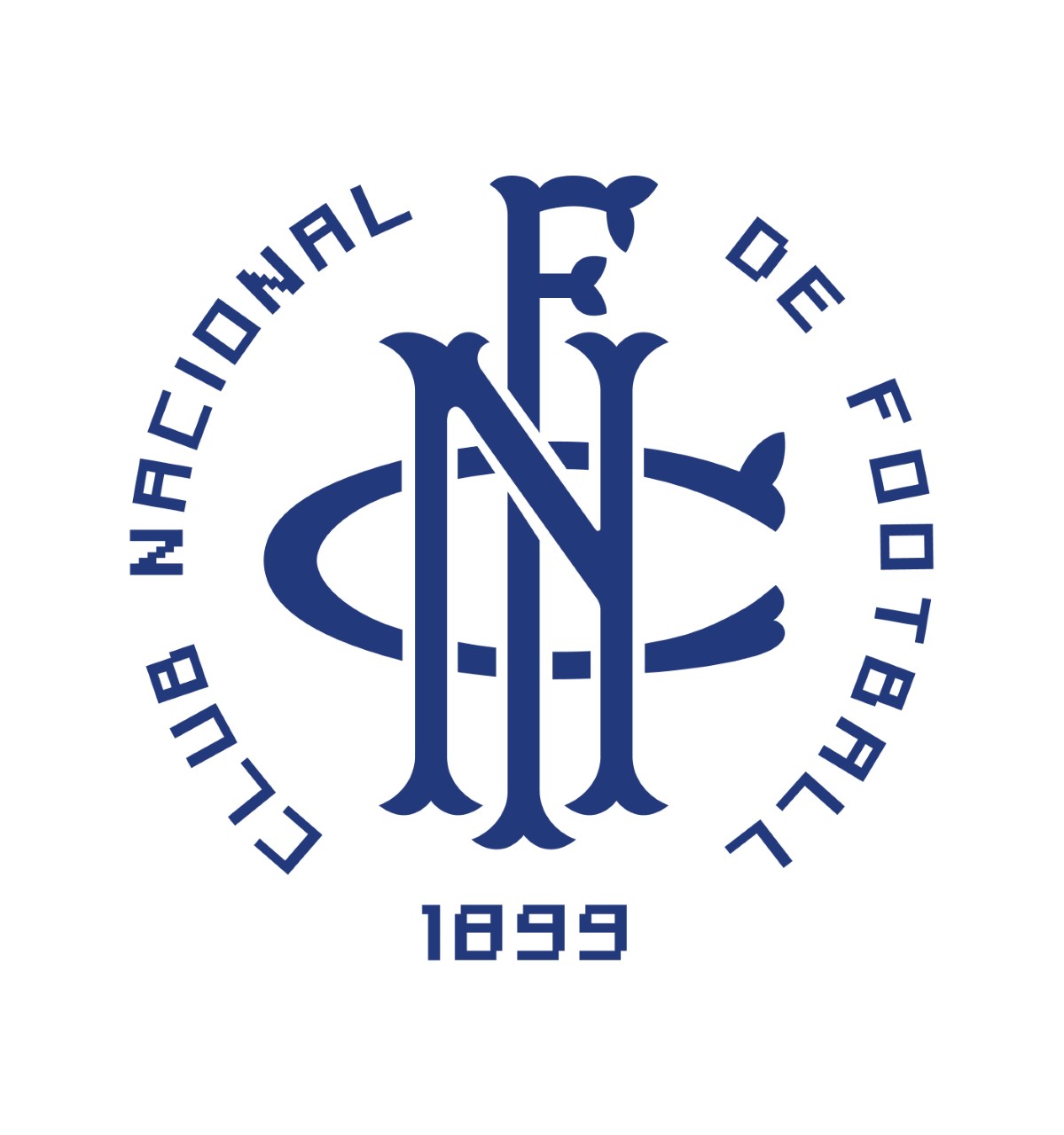 “A ton of people were getting this logo tattooed on themselves,” de Souza said. “We’d go out in the city and see people with the tattoo. While it only has existed for a year, it comes with the history.”

With the studio comprised entirely of Nacional supporters, some of the history was second-nature to the designers, but they also got an assist from the club’s Historical Committee, which opened the team’s library to Bruster.

“We were able to see all the documents from all of Nacional’s history. That, as a fan, was incredible, and as a professional, too,” Albornoz said. “It was very rich information. From there, that’s where the work comes out, the shirt, the number on the back, the mark of authenticity, the numbers, the flag, the icons on the sock, it was a lot of historical elements that came out of the club library.”

The club also introduced a red secondary shirt that pays homage to the GCP and the 90th anniversary of the United States’ triumph over Belgium at the stadium in one of the first-ever World Cup matches. Like the home shirt, it has several winks at historical moments Nacional fans will recognize.

The retro-inspired home shirt and the red GCP kit aren’t the only interesting designs utilized by Nacional. The club has a blue third kit designed each year by supporters and during home matches in September uses a celeste shirt as tribute to the 1903 Uruguay national team squad composed entirely of Nacional players that secured the country’s first-ever away win.

For Sarthou, it’s clear the risk Nacional took in taking control of the design process has paid off, with the conceptual ideas matching well with the execution and resulting in something everyone is happy with.