Robbie Blakeley
15/06/2019
The Grêmio star came on in the second half and scored the goal of the game in 3-0 win over Bolivia. Now Éverton hasd given Tite food for thought ahead of Venezuela clash. 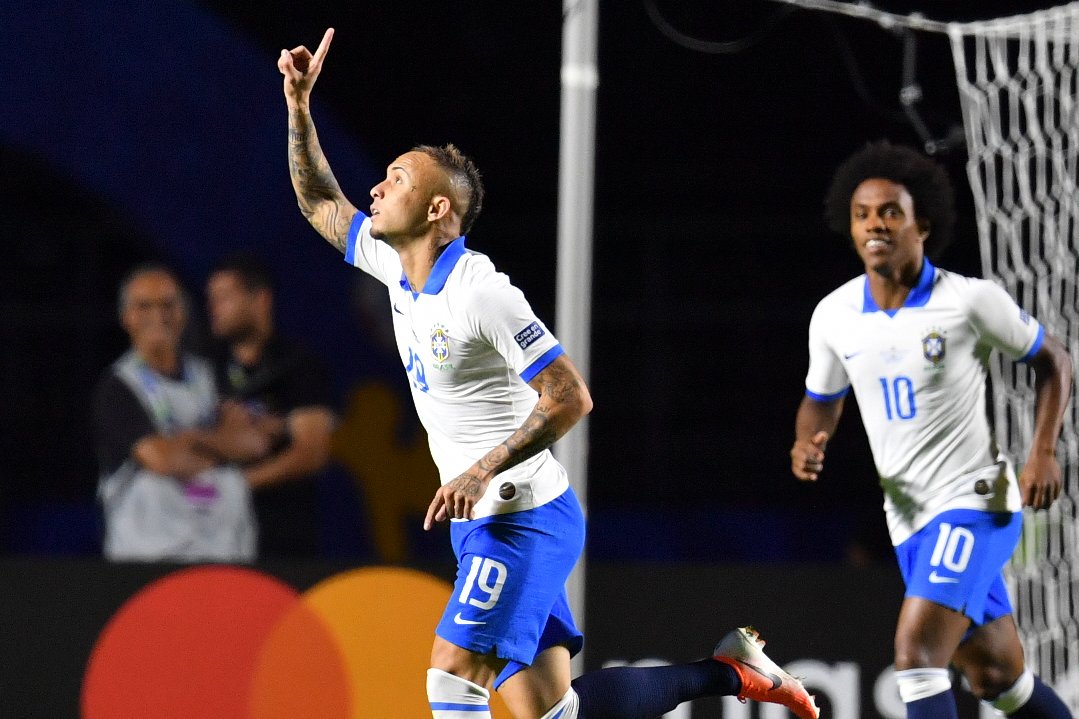 It may have been a slow start, but by the end of the evening the 47,000-strong crowd in the Morumbi Stadium in São Paulo, had something to celebrate. The Copa América hosts made an excellent start to the continental competition with a comprehensive 3-0 victory over Bolivia, and a Libertadores craque putting the icing on the cake late in the second half.

Grêmio forward Éverton, linked with a host of top European clubs, needed just four minutes on the pitch to find the back of the net, scoring his first goal in international football with a fine curling effort from the edge of the box. The forward admitted after the match that getting on the score sheet for the first time as a relief, and showed ample evidence of why 2017 Libertadores champions must be considered a constant offensive threat when he is inside the four white lines.

The wide attacker replaced David Neres, who had put in a diligent shift down the left flank, and his direct approach to goal paid dividends. While Neres had preferred to work up and down the left flank, Éverton cut inside on several occasions, shifting on to his right foot á la Arjen Robben – his flexibility across the final third of the pitch has the potential to be a real asset for Tite and Brazil over the next three weeks.

The @gremio_en forward is the only Brazilian competing in the #Libertadores to also be called up to the @CopaAmerica pic.twitter.com/Z34iMe4Rzj — CONMEBOL Libertadores (@TheLibertadores) June 12, 2019

Much of the news in the build-up to the Copa América has focused on the absence of Neymar and how the seleção will be able to deal with the absence of their star man. With a plethora of attacking options including the likes of Neres, Richarlison and Gabriel Jesus, the Libertadores star has taken the opportunity afforded to him with both hands.

Later today (15 June), Brazil travel to Salvador, where they will play their second group game against Venezuela at the Arena Fonte Nova on Tuesday evening (18 June). While Brazil boss Tite still searches for the perfect balance in attack, it may well be the Copa Libertadores that gives him the answer to this particular riddle.