To celebrate the return of the most important competition on the continent ahead of the final Group Stage matches, the CONMEBOL Libertaodres and TikTok have debuted a special filter to challenge both fans and the clubs still fighting to lift the 2020 Copa.

Participating is easy: Just record a video and upload it with the hashtag #Libertadores and the "¿Cómo se dice?" effect, which is among the most popular on the platform. An image related to football will appear on the sticker along with the flag of a South American country.

The user will then have three seconds to indicate how the element is referred to in the indicated country to show that when it comes to football you're a champion in any language. After responding, the user will move on to the next challenge.

Alongside the special filter, there will also be a competition among the clubs. On the #Libertadores page, a system will be made avalible for the supporters to select their club. The club with the most votes will have their video featured for TikTok's millions of users. 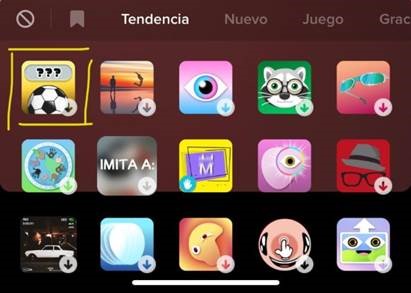