03/08/2019
Getty Images
With only 8 teams remaining in the competition, take a look at some of the statistical leaders from this Libertadores 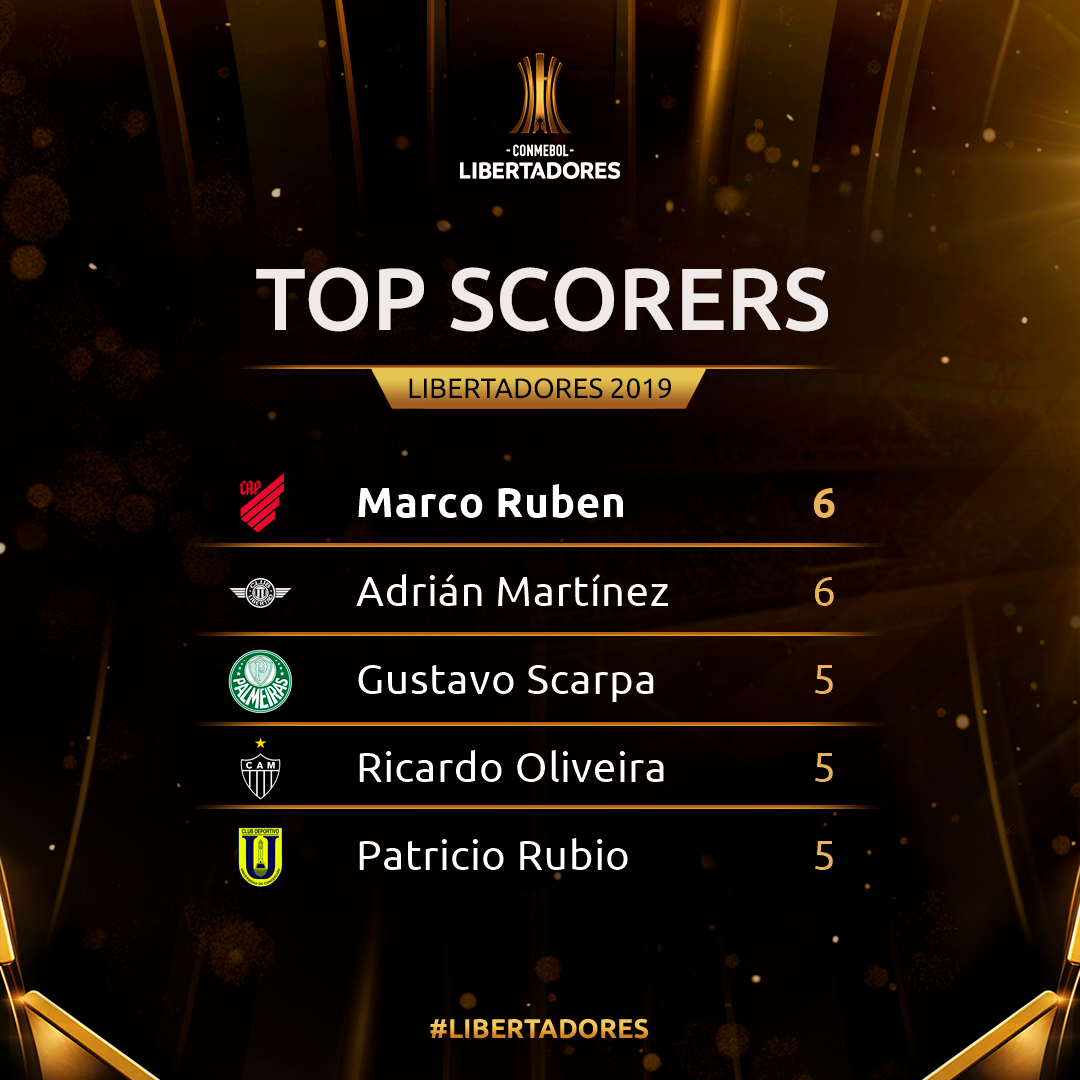 Marco Ruben of Athletico Paranaense and Adrián Martínez lead the way with six tallies each, but Gustavo Scarpa of Palmeiras looms behind with five scored and an opportunity to climb the ranks in the quarterfinals. 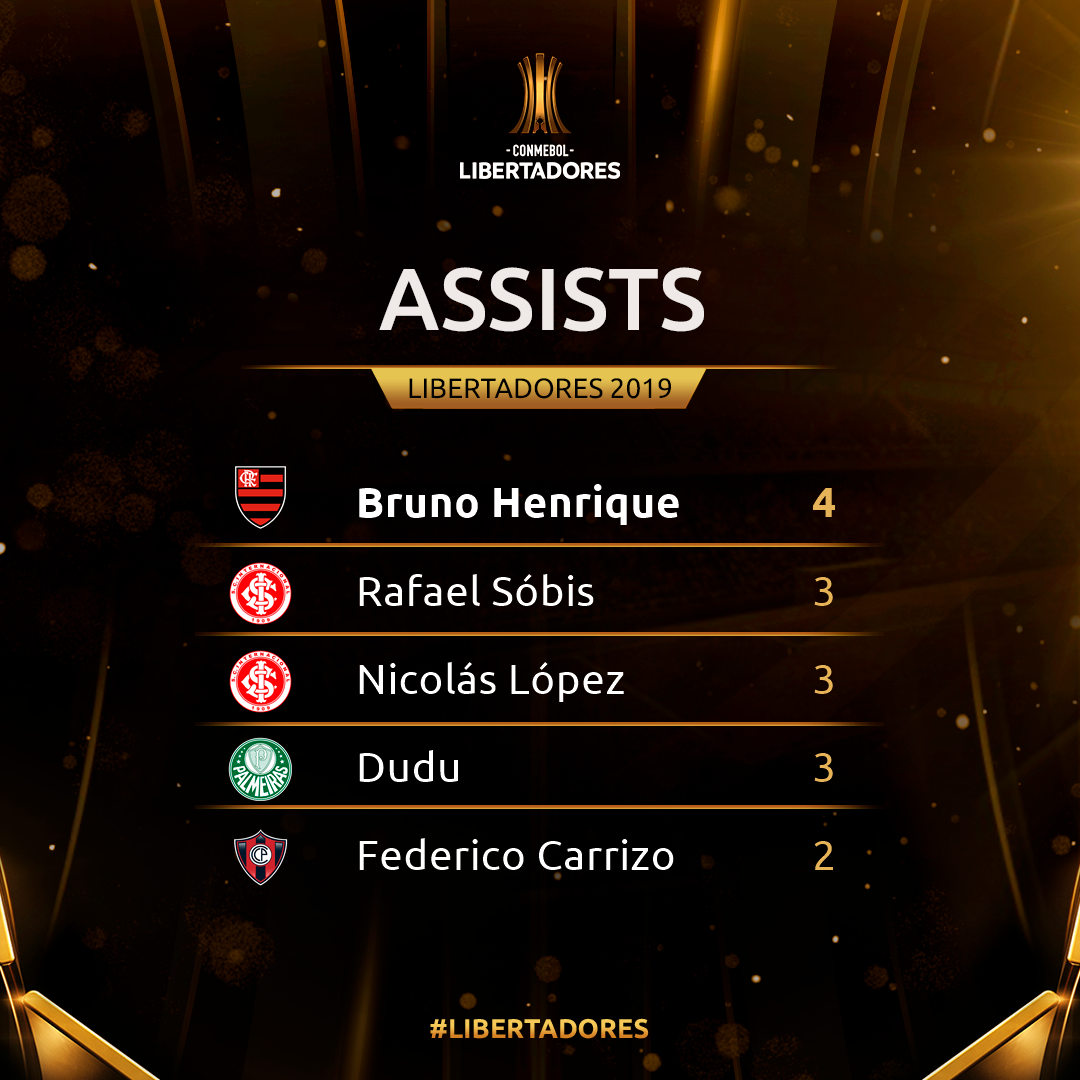 Bruno Henrique of Flamengo tops the assists charts with a quartet of helpers, but Dudu of Palmeiras and both Rafael Sóbis and Nico López of Internacional sit just one helper behind with three each. All four of those players are on sides that will feature in the quarterfinals. 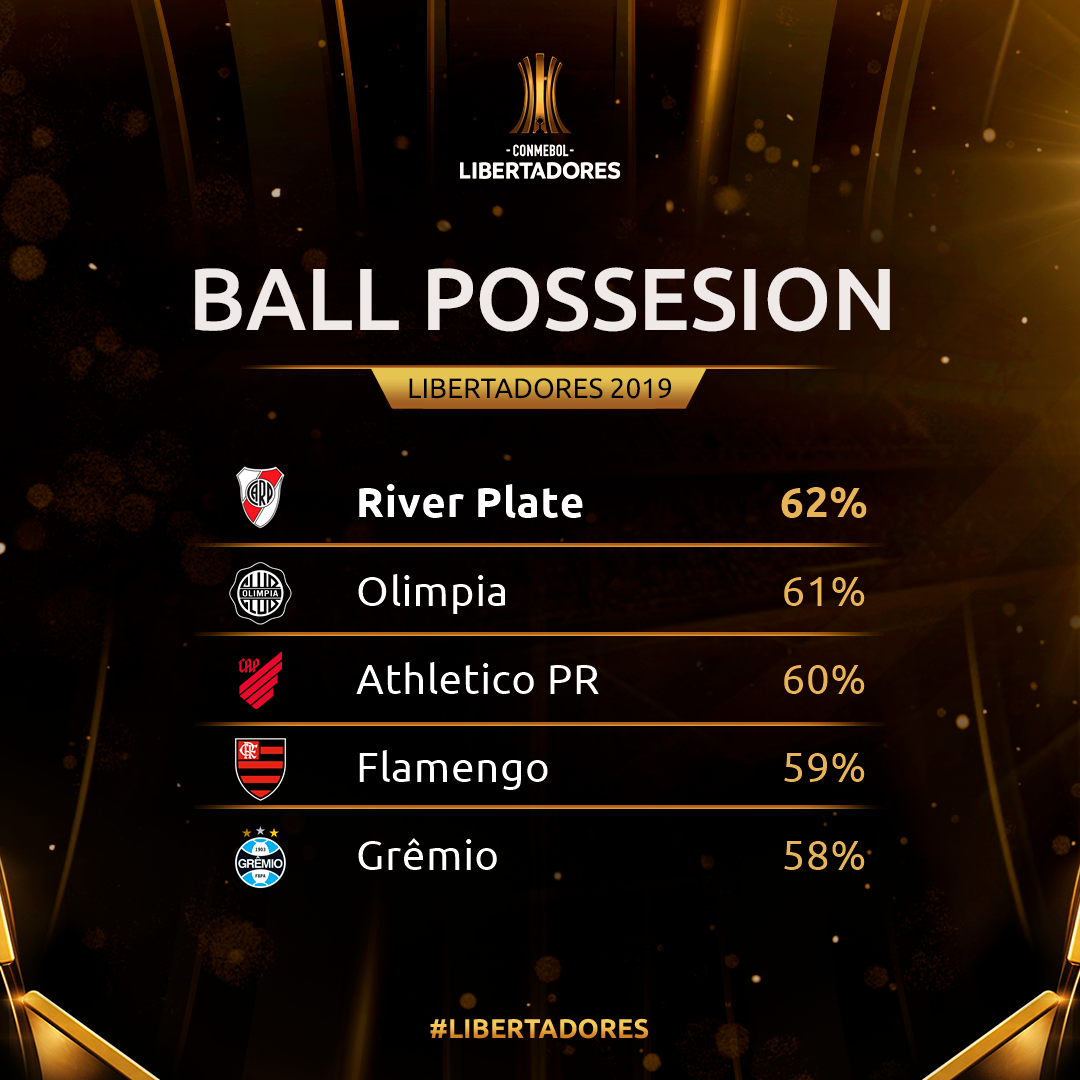 River Plate have found success through possession, with the 2018 Libertadores champions leading the way in possession following the Round of 16. Flamengo and Grêmio, two more teams successful in possessing the ball, have also qualified for the quarterfinals. 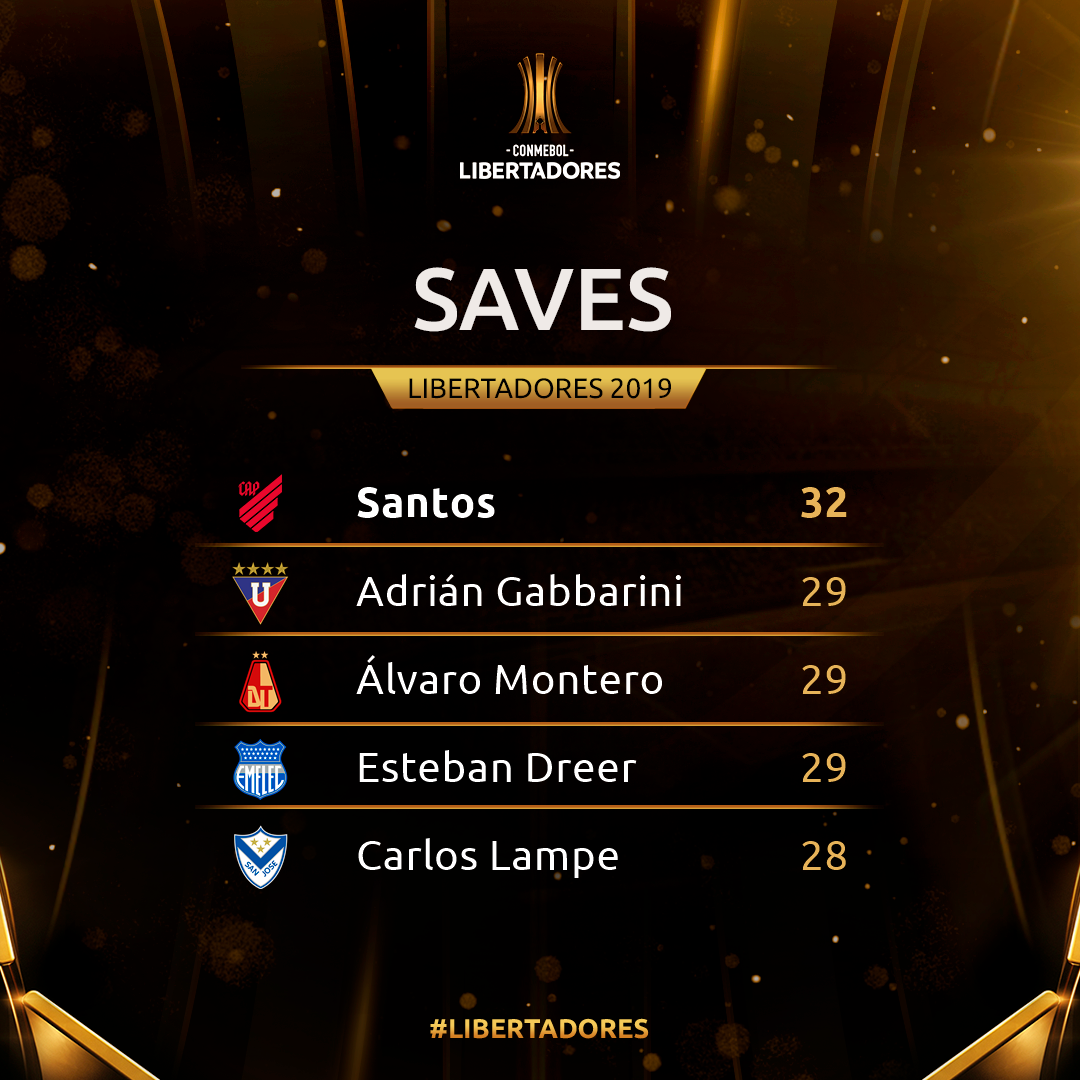 Santos of Athletico Paranaense has tallied the most saves so far this Libertadores, but Adrián Gabbarini of Liga de Quito sits just three saves behind, and will surely have a chance to close the gap and overtake Santos when Liga battle Boca in the Quarterfinals.