18/02/2019
@libertadores
The third round of matches in the Group Stage will take place a week later than initially scheduled.

The third round of fixtures in the Group Stages of the CONMEBOL Libertadores, which was set to take place between the 26th and 28th March, will be put back by a week, as to not clash with FIFA's international games. It will instead be played between the 2nd and 4th April: 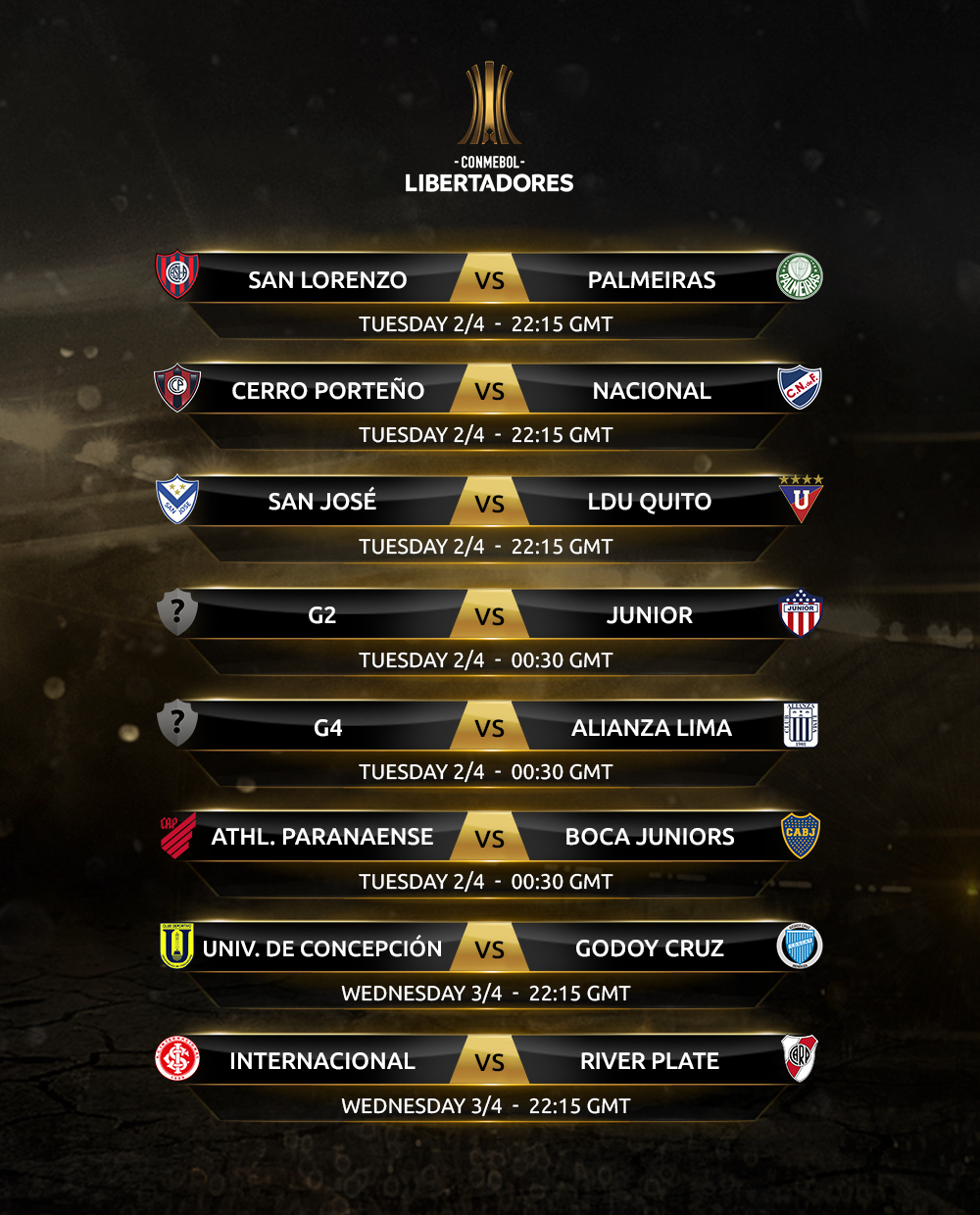 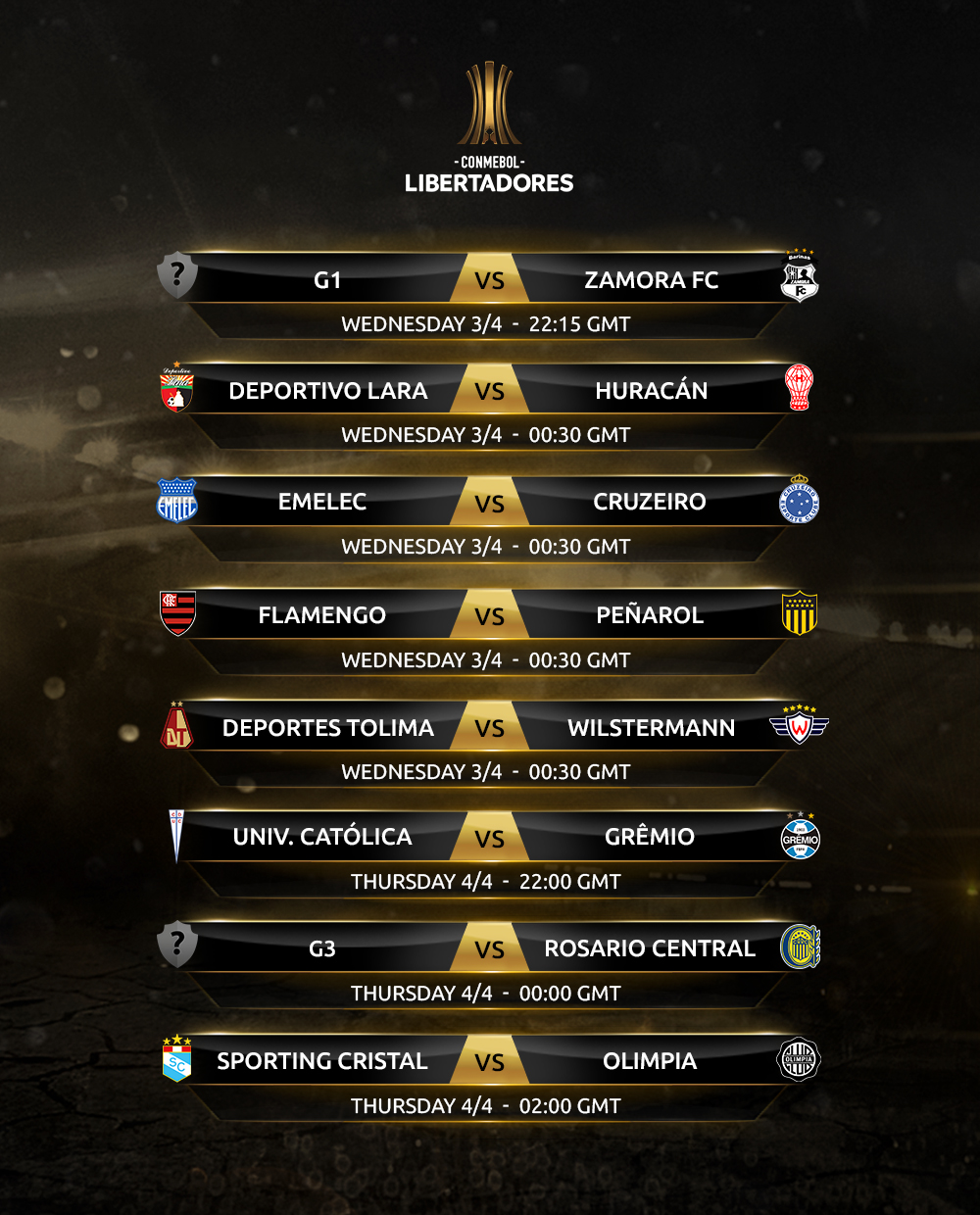