20/08/2019
Boca Juniors’ 2018 CONMEBOL Libertadores campaign ended in bitter disappointment as the Argentine giants were defeated by bitter rivals River Plate in the 2018 Libertadores Final. Boca hope to turn that into motivation to lift the title in 2019, but will face a high test, both literally and figuratively, from Ecuadorian side Liga de Quito in the quarterfinals.

The Ecuadorians were strong in the thin air of Quito during the Round of 16, defeating Olimpia 3-1 at home to set themselves up for qualification in the return leg in Asunción. Antonio Valencia has entered the fold for Liga, impressing in the Round of 16, and manager Pablo Repetto knows what it takes to defeat Boca in the Libertadores.

La Bombonera will surely be Boca Juniors’ fortress in the return leg. One of the most intriguing questions in this tie is whether Liga de Quito can make La Casa Blanca their fortress in the opening leg. Liga have won all four of their Libertadores matches at home so far in 2019. While Quito doesn’t sit as high as La Paz, the 2,850 metres of altitude still poses problems for visitors. Late on is when the hosts have made their hay at home so far, scoring an impressive 8 goals in the final 25 minutes of their 4 home wins.

With the dangerous Jhojan Julio suspended for Wednesday’s first leg after being sent off against Olimpia, Liga will look to rely on a number of different attacking options. The previously mentioned Valencia will no doubt be a factor in the attack, but watch for Andrés Chicaiza to try and terrorize Boca along the wings, with Rodrigo Aguirre a dangerous threat in the box.

Boca Juniors meanwhile count on a bevy of talented players, including, but certainly not limited to, the recently added Daniele De Rossi. With Dario Benedetto now in France, a combination of the young Jan Hurtado, the ageless Carlos Tevez, and the always present Wanchope Ábila will be asked to carry the load up top. Ábila’s hold-up abilities could be crucial as Boca look to relieve pressure over the course of the night in Quito. 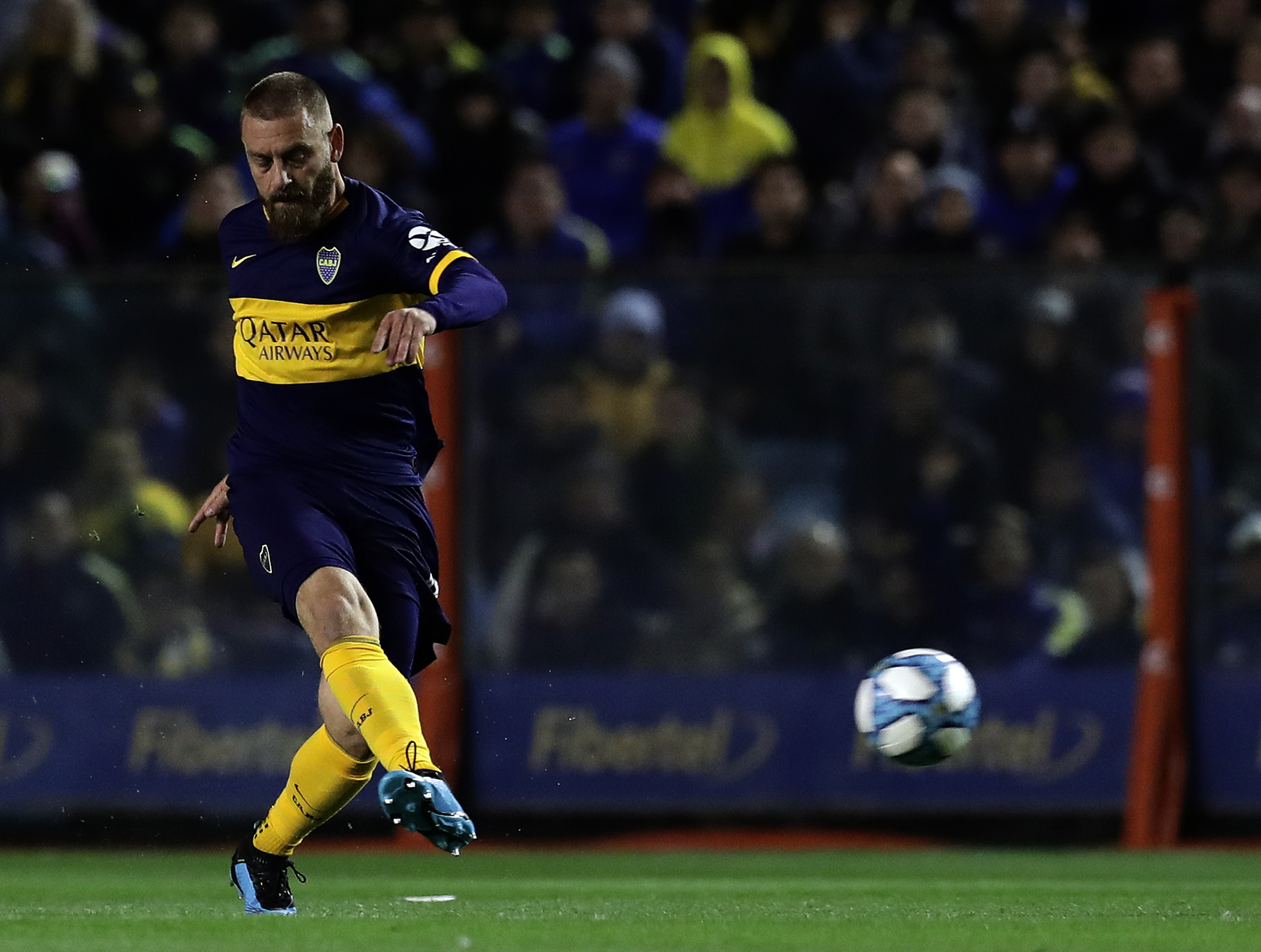 While the signing of De Rossi has grabbed the headlines, the recent addition of Eduardo Salvio has paid dividends for Gustavo Alfaro’s squad as well. Salvio scored off the bench against Athletico Paranaense in the Round of 16, and has bagged a pair of goals in the Argentine Superliga as well. Jefferson Orejuela could be key in slowing Salvio down, as could the altitude, a factor Salvio has rarely dealt with so far in his professional career, though Salvio did feature for Argentina in Quito during the 2018 World Cup qualifiers.

As is so often the case in two-legged ties where away goals can potentially play a role, whether or not Boca Juniors can score an away goal in the opening 90 minutes could loom large over this tie. If Liga de Quito are able to head to La Bombonera with the advantage, forcing Boca to attempt to take the game to them, the complexion of the tie may just swing towards the counter-attacking Ecuadorians. But if Boca can whether the storm in the thin air of Quito and also find the back of the net, they will surely favor themselves to take care of business once they return to Buenos Aires.

No matter how many questions are asked now, answers will only come when the two sides take to the pitch. Thankfully for fans of these two sides, that moment is coming closer and closer.