Robbie Blakeley
25/09/2019
ALEJANDRO PAGNI/AFP/Getty Images
In the 2000s, Boca Juniors won no fewer than four Copa Libertadores crowns. Having lost in the final to bitter rivals River Plate last year, they have the chance to exact revenge in the final four. 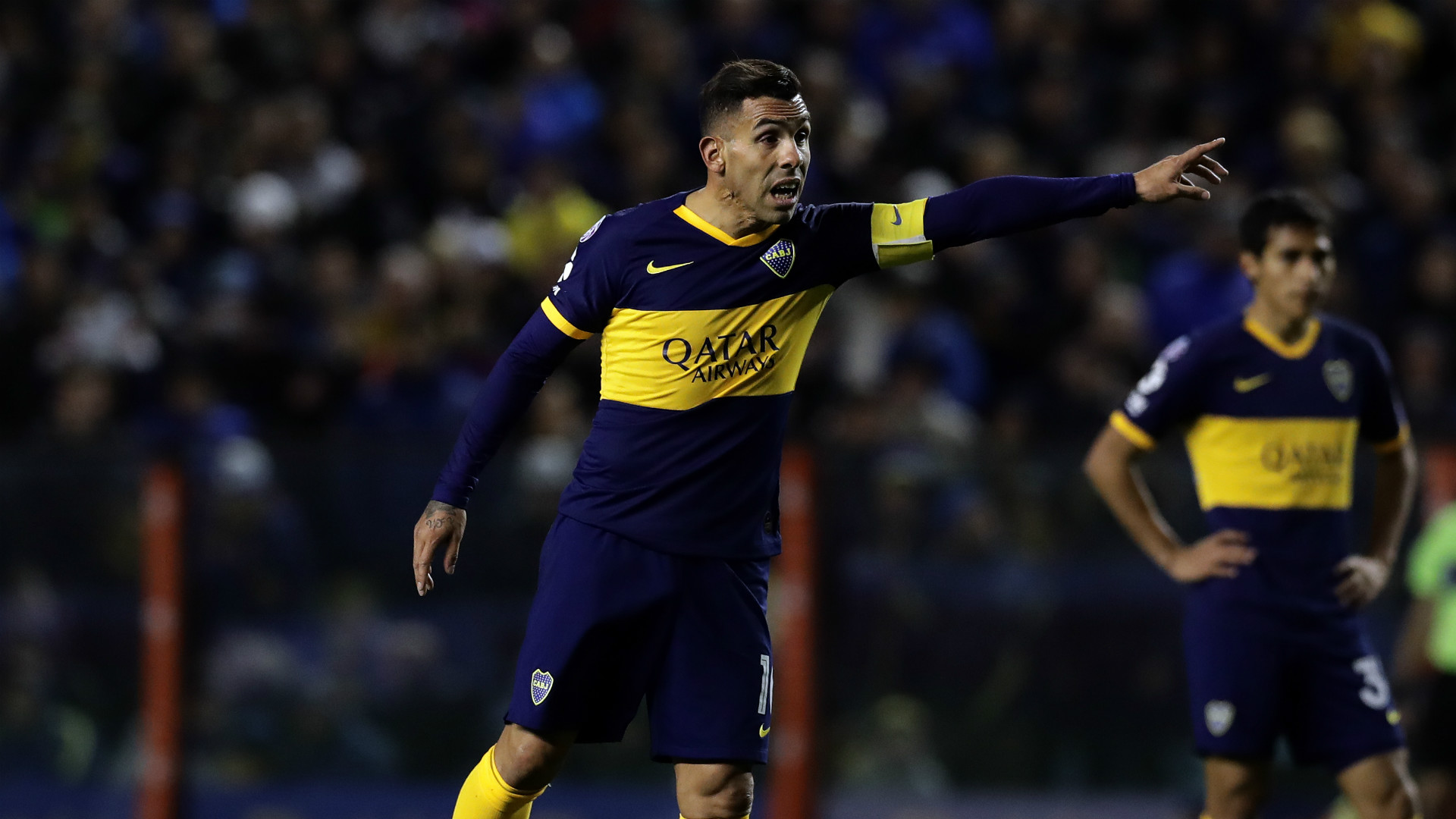 On 1 October, the world’s sporting eyes are likely to be fully focused on Buenos Aires. At the city’s Monumental Stadium – a huge, concrete bowl which rises high into the skyline – arguably the biggest local derby in club football is set to be played.

The defending Libertadores champions River Plate host their neighbours Boca Juniors in the semi-final first leg of South America’s premier club competition. And ahead of the crunch clash we are going to take a look at the history of both clubs, starting with the challengers.

Boca Juniors are named after the neighbourhood where the club is situated in Buenos Aires, which earned its name as the junction between the Prata and Riachuelo rivers. Founded in 1905, the club turned professional in 1930 and, as well as producing some of the greatest players in the history of the sport, have also enjoyed great success in Libertadores competition.

In more recent times, the likes of Diego Maradona, Juan Roman Riquelme and at present Carlitos Tevez have all called Boca Juniors home, and the arrival of seasoned Italian veteran Daniele de Rossi is a huge scalp for the side and their Libertadores aspirations. Having come so close last year, only to fall to River across two legs, will have been like rubbing salt into an open, gaping wound for one of the most passionate fan bases you are ever likely to come across.

The chance to exact continental revenge has surely comer sooner than anyone could have anticipated. Historian Diego Estévez claims that the first clásico against River was played on 2 August 1908 and it was Boca who emerged victorious with the 2-1 win.

But it did not take long for the club to start making a name for itself beyond the borders of its own land. In 1925, Boca became the first Argentine club to compete in Europe, playing 13 matches in Spain, five in Germany and one in France.

Of those encounters, the Buenos Aires outfit would win 15 and lose just three. Their reputation as one of the most effective talent factories in the club game was starting to be set in motion, and national success was not far behind.

Boca won successive Argentine championships in 1934 and 1935 and were noted for their offensive prowess. In both title winning seasons the side notched over 100 goals in the campaign and, much like Barcelona since Johan Cruyff took over the reins in the early 1990s, have been synonymous with slick, attack-based football ever since.

And it is that attacking prowess which Boca have also carried into South American club competition. The side won their first Libertadores crown over 40 years ago, in 1978, with a hugely impressive 4-0 win over Deportivo Cali in the second leg of the final at La Bombonera.

🗣⚽✊ @RiverPlate & @BocaJrsOficial have met 4 times in the knockout rounds of the #Libertadores, and there have been some nice looking golazos!

🔝 Which strike is most impressive?

But without doubt the most glorious period in the club’s continental history came at the turn of the century and at the start of the 2000s. With a front three that included Juan Roman Riquelme, Martin Palermo and Carlitos Tevez, echoing their swashbuckling team from the mid-1930s, the side won both the Argentine title and the Libertadores crown in 2000, beating Brazilian outfit Palmeiras in the final on penalties.

Boca followed that title up with another Libertadores win the following year – again on penalties – this time against Mexican side Cruz Azul. Their campaign saw Boca eliminate two Brazilian clubs on their way to the final: first came Vasco da Gama in the quarter-finals with a 4-0 aggregate victory; and in the final four, the Argentines again got the better of Palmeiras, and again it was in the cruellest of fashions – in a penalty shoot-out. Becoming a thorn in the side of Braazil’s finest was fast becoming a recurring theme.

But both of those successes were trumped by Boca’s 2003 Libertadores crown. With Carlitos Tevez quickly turning himself into one of the hottest talents on the planet, Boca dismantled Brazilian outfit Santos in the final. First came a 2-0 win at La Bombonera before Boca took the game to their Brazilian counterparts in their own back yard.

At the Morumbi, Boca took an early lead to make it 3-0 on aggregate and give the Brazilians a proverbial mountain to climb, which they never came close to scaling. Their sixth, and to date last, Libertadores title, was back in 2007, with a 5-0 aggregate demolition of Grêmio in the final.

This year, for the first time, the final will be a one-off game, played in Santiago, Chile on 23 November. A repeat of that 2007 final remains a distinct possibility, with Grêmio taking on Flamengo in the other semi-final.

For that possibility to ring true, Boca will have to make it through a huge sporting, athletic and emotional test, across two legs, against their biggest rivals, the side who pipped them to the post 10 months earlier. Can they continue their continental journey in 2019? Having beaten Athletico Paranaense in the round of 16, they would then need to beat one more Brazilian club to claim a seventh Libertadores trophy.

You can be sure of one thing however: the world will be watching with baited breath.