Robbie Blakeley
19/09/2019
Miguel Locatelli/Athletico-PR
Athletico have won their first ever Copa do Brasil crown after a 3-1 aggregate win over Internacional in the final. They have now become the first Brazilian club to qualify for the 2020 edition of the Copa Libertadores. 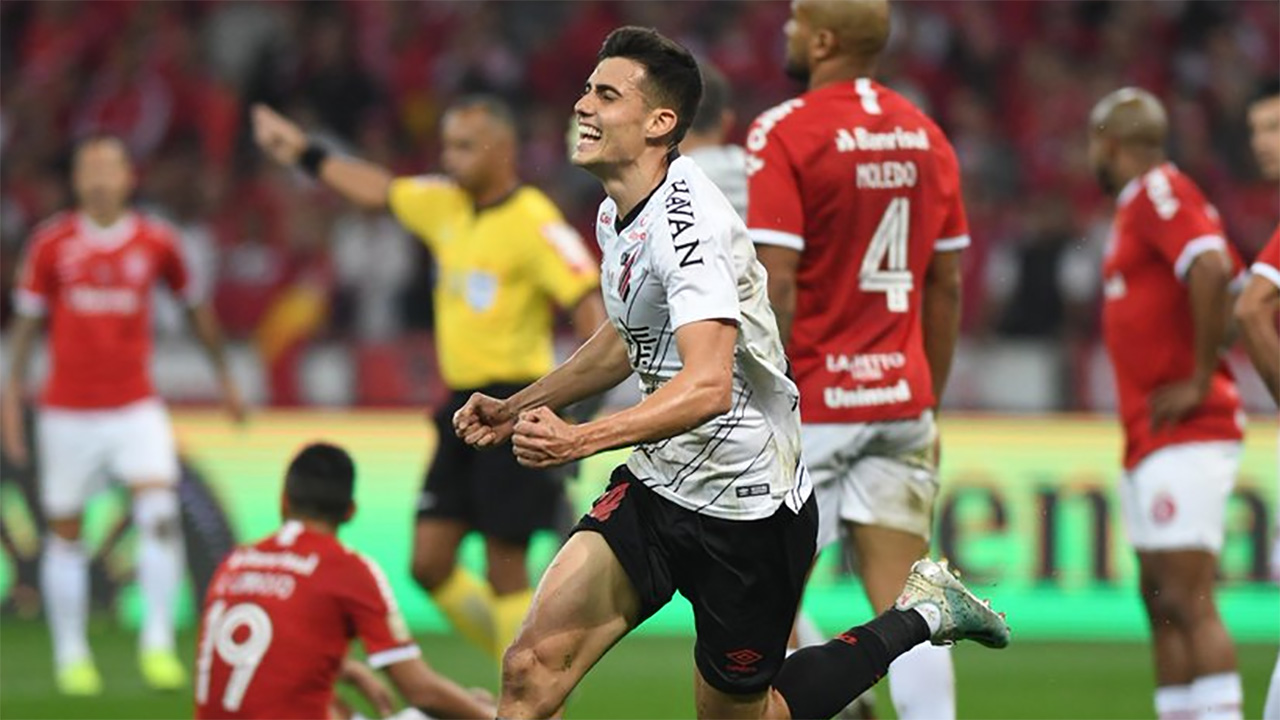 They have done it! Athletico Paranaense put in a mighty performance at a packed out Beira-Rio Stadium in Porto Alegre to win on the night, win on aggregate and win their first ever Copa do Brasil tie.

The triumph means that the club are the first Brazilian side to qualify for the 2020 edition of the Copa Libertadores and the Furacão will go straight into the group stages. It will be the seventh time that they have participated in the continental competition and, having looked impressive in reaching the round of 16 before bowing out to Boca Juniors earlier this year, coach Tiago Nunes will surely be confident of taking this exciting group of players even further next time round.

But back to the events of Wednesday evening (18 September). Winning away to a side as strong as Internacional is no mean feat, particularly when the stakes are so high.

This match started slowly, with both teams looking to square each other up before looking to land a sucker punch. And it was the visitors who landed the first real blow.

🏆🇧🇷 Athletico have won their first ever @CopadoBrasil title and go straight into the group stages of the #Libertadores 2020! They are the first Brazilian side to qualify for next year's competition! pic.twitter.com/UJUnYKOekC — CONMEBOL Libertadores (@TheLibertadores) September 19, 2019

Midway through the first half, an excellent passing move put Léo Cittadini through on goal and he calmly slotted past the oncoming Marcelo Lomba. The strike doubled Athletico’s lead on aggregate – they had won 1-0 at the Arena da Baixada last week in the first leg – and left Inter needing to win by three clear goals to avoid a penalty shoot-out.

The home side set about their task immediately and, less than 10 minutes later, were level on the night through Nico Lopez. The visitors failed to clear the ball from their penalty area on several occasions and the Uruguayan striker pounced.

Sensing blood, Inter pressed for a second and the half-time whistle came at a fortunate time for Athletico. Whatever Nunes said at half-time worked, however, and the visitors played on the front foot after the break, not allowing their hosts time to dwell on the ball.

They were given their just desserts at the death. A fantastic piece of skill from forward Marcelo Cirino left two Inter markers scratching their heads, before he squared for Rony – the best player of the night – to wrap up the cup win.