30/12/2018
@thelibertadores
Gremio, Católica and Central are waiting to find out who the fourth team will be. It's going to be a tough group. 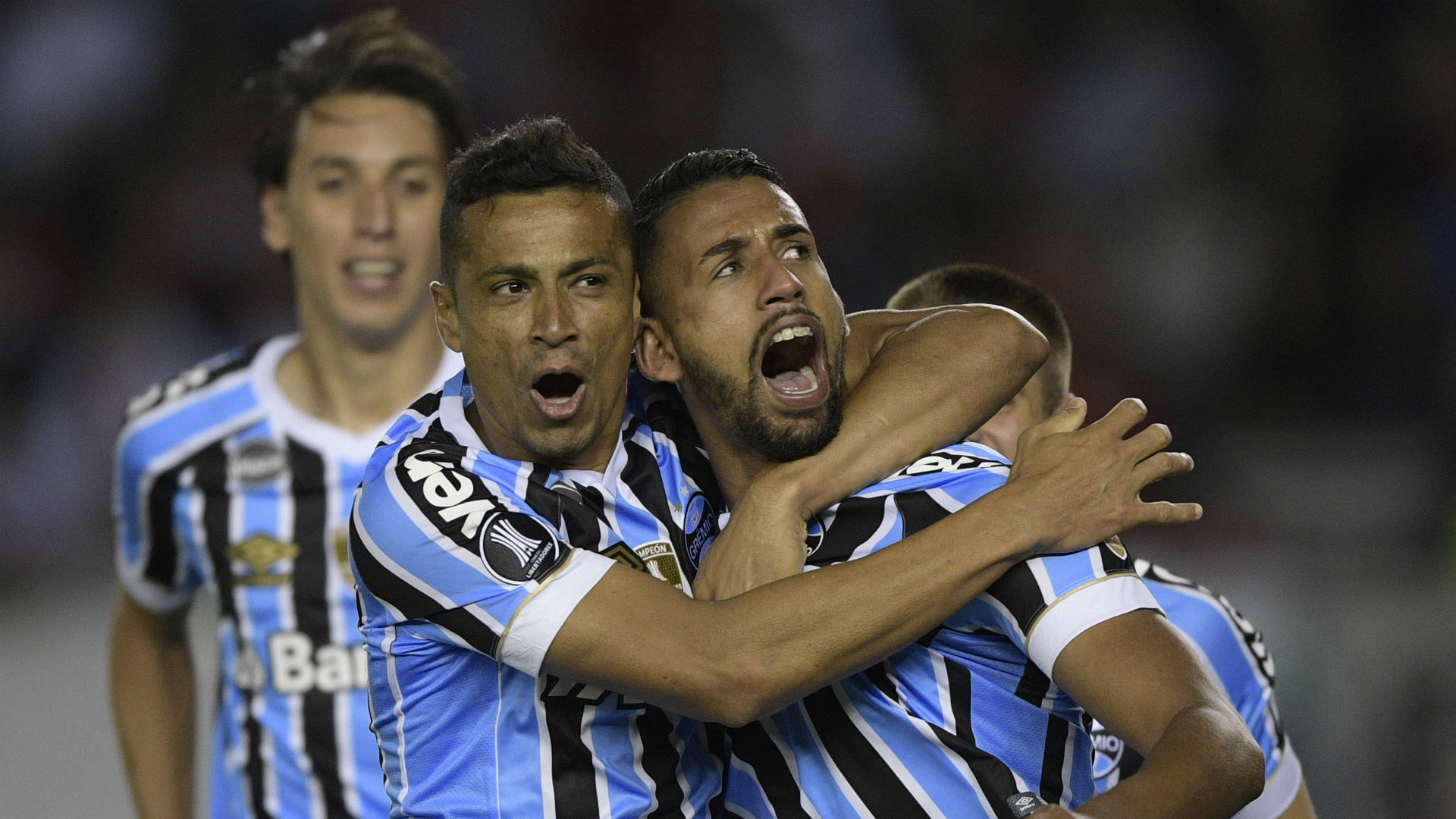 There's no doubt that Gremio, alongside River Plate, are the two sides who are dominating the South America scene. With a solid system which makes them extremely difficult to beat, they won the 2017 CONMEBOL Libertadores and were semi-finalists in 2018. Perhaps not surprisingly that narrow, narrow semi-final defeat came against Marcelo Gallardo's team.

Gremio's coach, Renato Gaúcho, is the only Brazilian to have lifted the famous trophy as both a player and as a coach. He's a key figure at the team. Renato organises Gremio like a heart surgeon, analysing every minute detail in order for his team to be ready. Their solid defensive line means they are free to go head to head with any side. Walter Kannemann is wanted by a lot of clubs around the world but for now he's happy to remain with the Brazilian outfit.

After him you can't ignore Everton and Luan, two of the side's main attacking outlets. Unfortunately neither were fully fit for the semi-final clashes with River due to injuries. They'll start next season rested and full of energy and possess the talent to cause any opposition problems. Gremio tend to play either 4-4-2 or 4-2-3-1 but they rarely set up without a combative midfield who help secure that solid defensive base.

They couldn't win the Brasileirao or the Copa de Brasil. However they did reclaim the Campeonato Gaúcho in 2018 after an 8-year drought in the competition. What's important is they remained competitive and will now look to kick on and win another Libertadores. 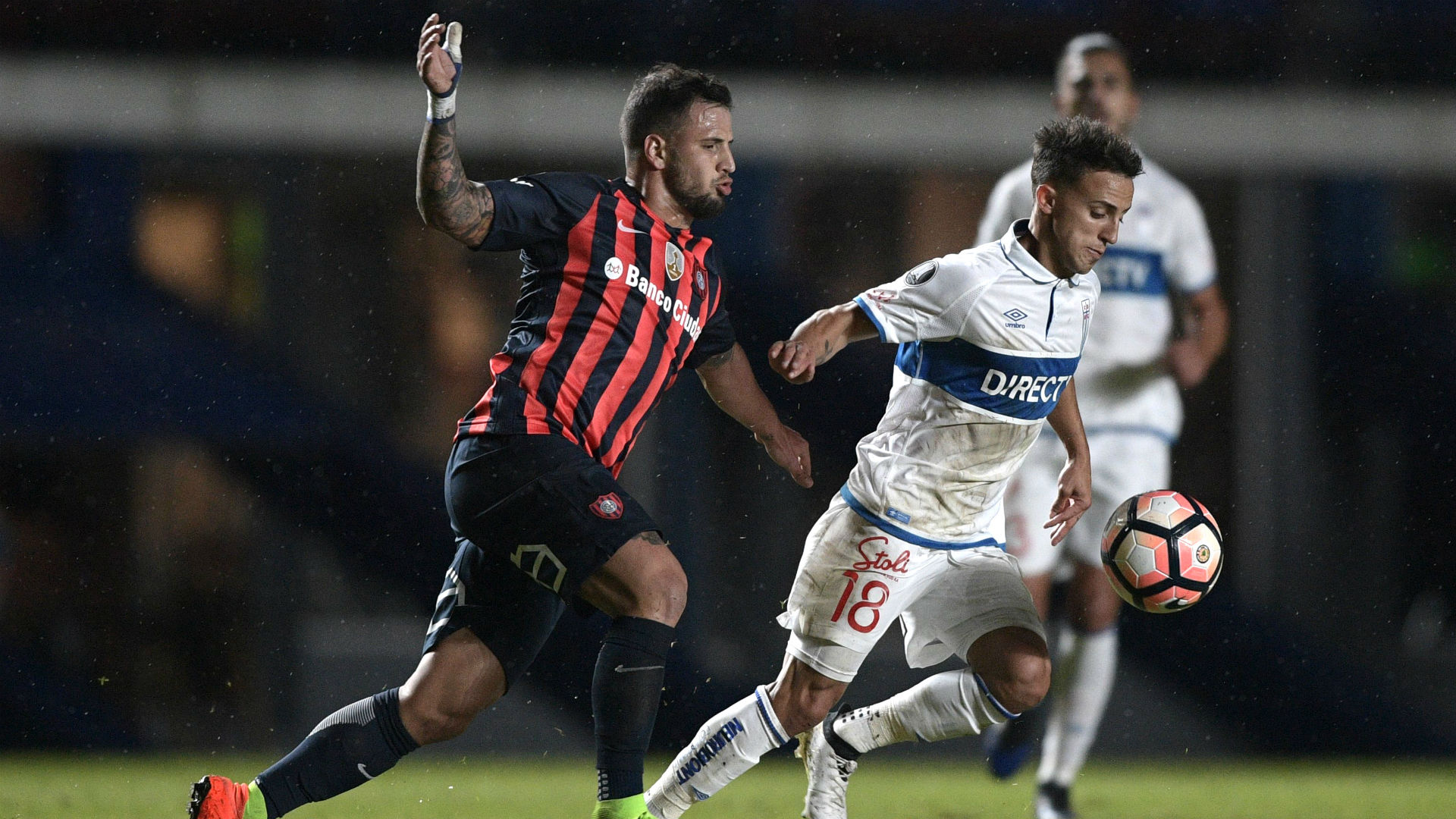 The first round of the season was incredible. Universidad Católica found their best form between February and June. Afterwards they started to struggle with the weight of expectation which comes with a title challenge. It was a learning curve as they locked horns with Universidad de Concepción and Universidad de Chile for the league title but they emerged victorious. That type of character will be important in the CONMEBOL Libertadores.

Their title-winning coach, Beñat San José, left the club to coach in the United Arab Emirates. He's been replaced by former Ecuador coach Gustavo Quinteros. The new coach will want his side to play nice football and take control of matches. It remains to be seen whether he will be able to imprint that on Universidad Católica.

Luciano Aued is key in making the team tick. The midfielder offers defensive stability but is also a creative force when they look to launch a quick counter-attack. He's the main penalty taker and was handed the Best Player in Chile award for his performances.

The other important name is the squad is that of Diego Buonanotte. The talented enganche continues to display his technical ability and is the brain of the team. He's able to find gaps in the most resolute of defences and will most likely play as one of the three players behind the main striker in a 4-2-3-1 formation. 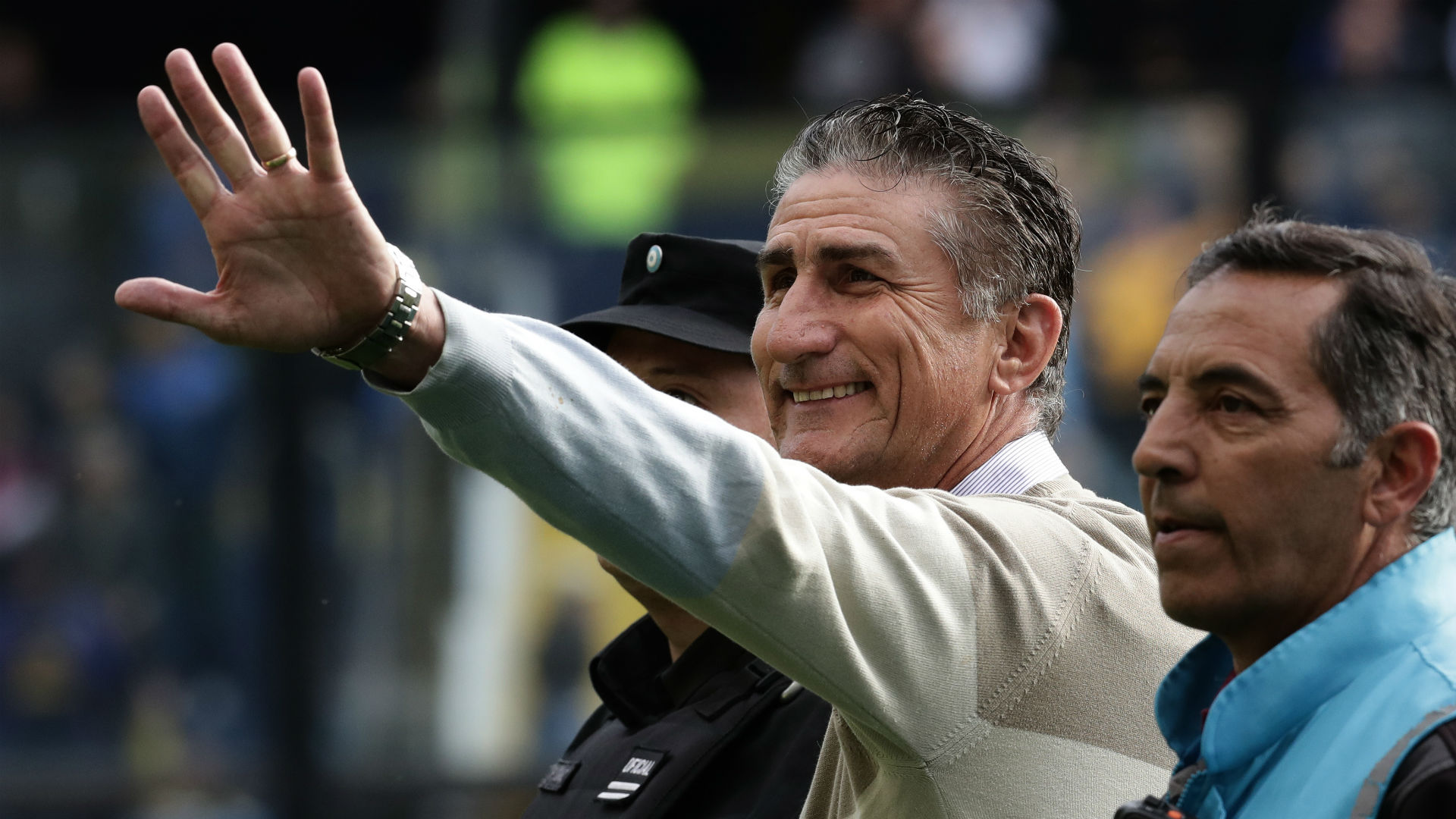 Edgardo Bauza demonstrated once again that he's an elite coach with a history of success. In his first season with Rosario Central, the club of his life, he won the Copa Argentina and qualified for the CONMEBOL Libertadores. Not everything went well in the domestic league and they had to fight hard to get away from the relegation zone. However they have a strong squad ready to fight on all fronts.

The large part of the team's play goes through chief organiser Néstor Ortigoza. The talented and experienced midfielder is one of a dying breed. You don't find many players who keep the ball on the ground and produce passes that most others don't see. The 34-year-old is no longer able to get up and down the pitch so that part of the game is handled by his midfielder partner Leandro Gil.

Going forward, Rosario Central are capable of causing any teams problems. Their two strikers, Marco Ruben and Fernando Zampedri, are real handfuls in attack. On the flanks you will find Carrizo or Camacho who take on their markers and generate space for others to run in to.

At the back, Matías Caruzzo is the leader. He takes charge of the defensive line. Gonzalo Bettini, the right back, is well known throughout Argentina and Marcelo Ortiz is another reliable squad member.

* The last team to be added to this group will be one of Deportivo La Guaira, Libertad, Real Garcilaso, Atlético Nacional or The Strongest. 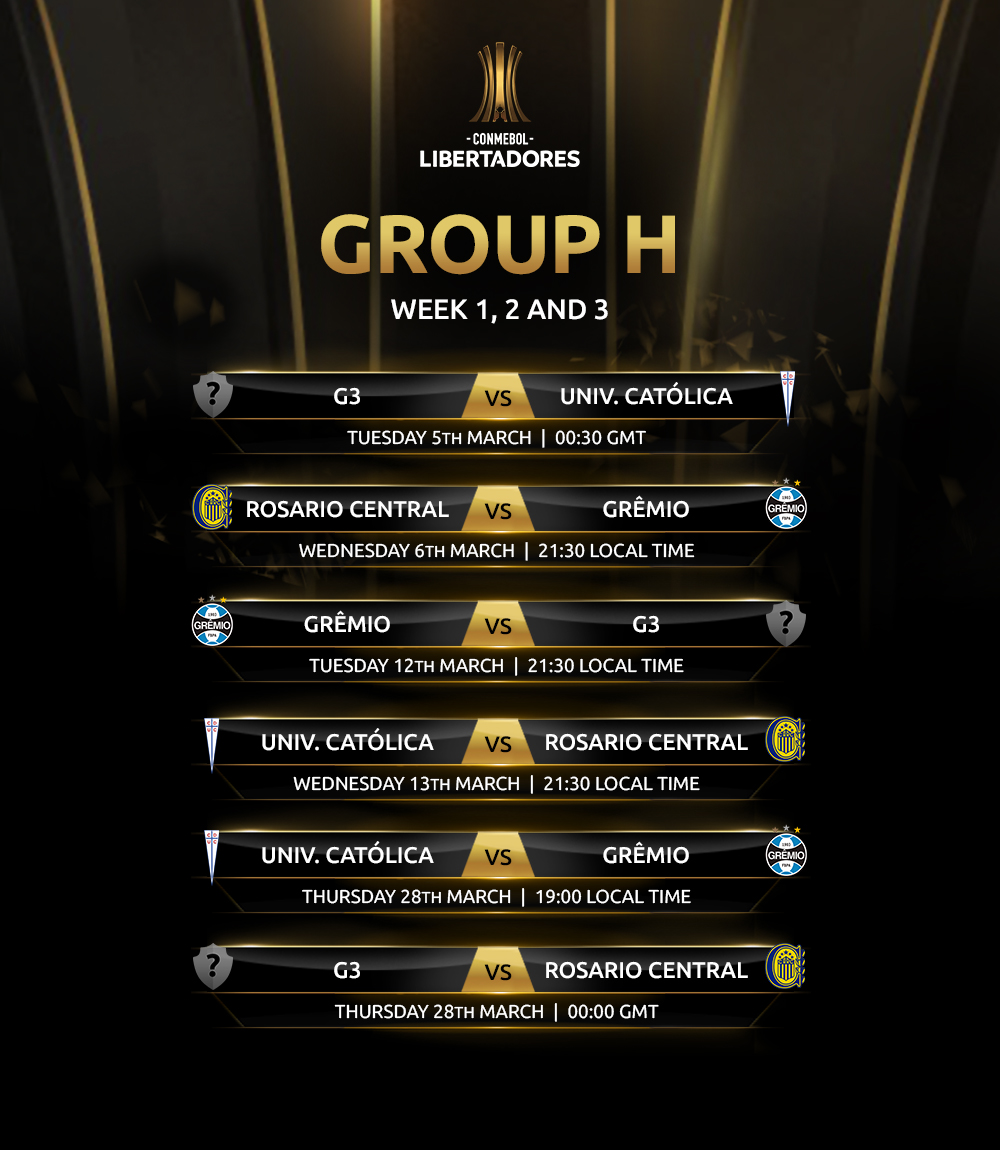 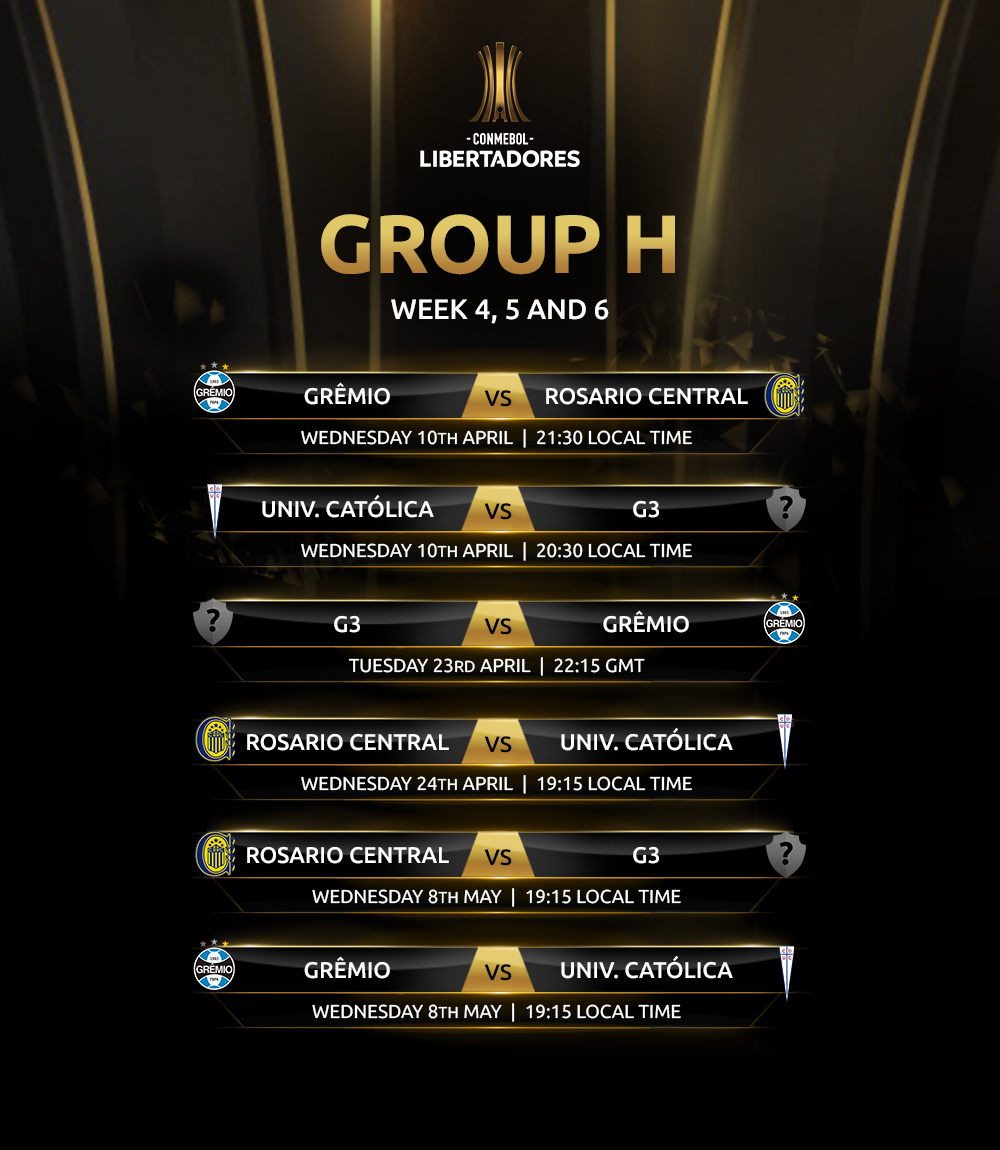