26/12/2018
@thelibertadores
The fourth team in the group is yet to be decided but it already contains three experienced outfits. 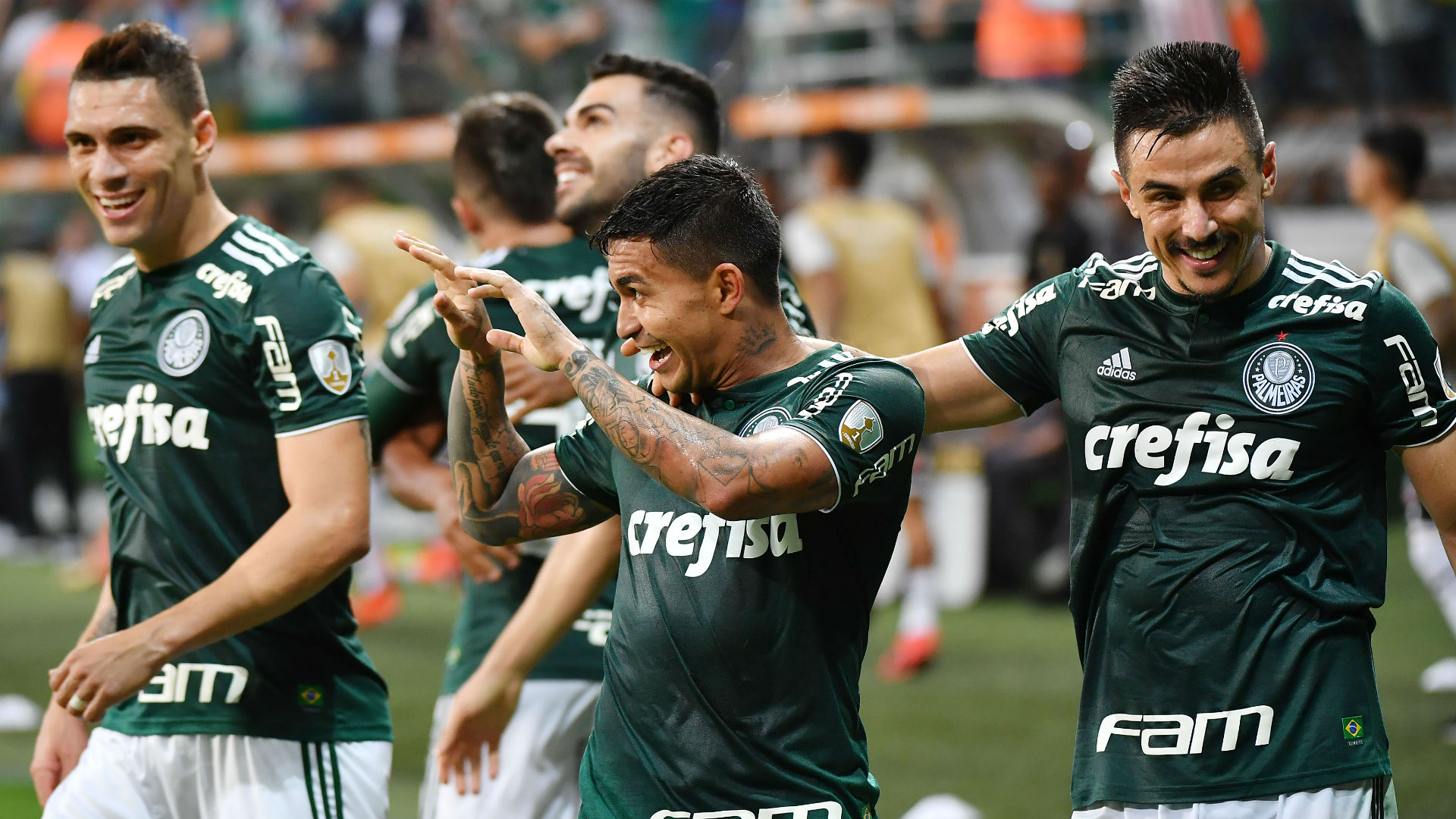 The fact Luiz Felipe Scolari is the head coach of Palmeiras guarantees that they'll be a side to watch out for next year. They reached the semi-finals of last season's CONMEBOL Libertadores and won the Brasileirao. They're defensively solid and quickly transition from one side of the pitch to the other.

In the middle of the park they look to Felipe Melo. He's a player of the highest level, never stops running and is quick to take control of any ball which passes through the midfield area. He isn't the only key member of Palmeiras defensive backbone as further back, in central defence, Gustavo Gómez is one of the best players on the continent in his position.

Ahead of those two is Miguel Borja. He finished as the top scorer in the CONMEBOL Libertadores 2018 with nine goals to his name. His ability to create space and then punish his rivals make him one of the deadliest front men in the competition. Dudú is another important member of the side.

Palmeiras have a history of winning titles and they're assembled a great side. With an intelligent coach, if this squad sticks together, they will rightly be one of the favourites to lift the Libertadores in 2019.. 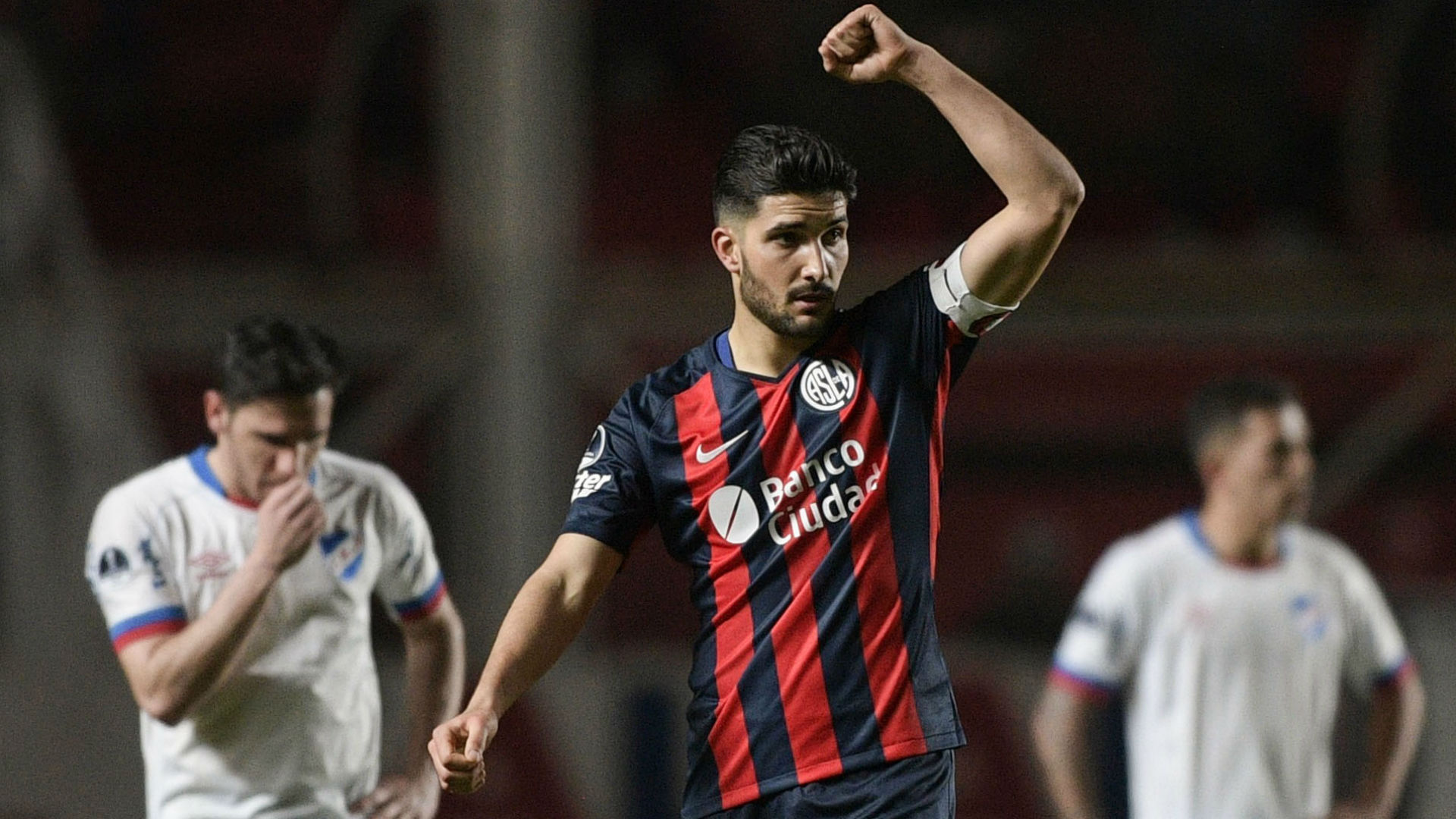 San Lorenzo are looking to reinvent themselves. The second half of the season was tough. However, they finished with a new man inside the dugout: Jorge Almirón. The coach reached the final of the CONMEBOL Libertadores 2017 with Lanús and his appointment has created fresh hope amongst San Lorenzo supporters.

As such the project requires patience because Almirón is someone who loves to keep the ball on the ground, build up play and focus on the attacking phase of the team. San Lorenzo are looking to rejuvenate an ageing squad. That's why, before the end of the year, they signed youngsters Gustavo Torres and Raúl Loaiza from Atlético Nacional.

In attack, San Lorenzo have three standout performers: striker Nicolás Blandi, winger Pablo Mouche and attacking midfielder Rubén Botta. With those three the team is unlikely to struggle for goals. At the back they have Fabricio Coloccini, Gonzalo Rodríguez and Marcos Senesi to help keep out the opposition.

The style of play will depend on the talented Fernando Belluschi, who has been out with a long-term injury. His absence coincided with the team's downturn in form but his return could help Almirón's new look side hit the ground running. 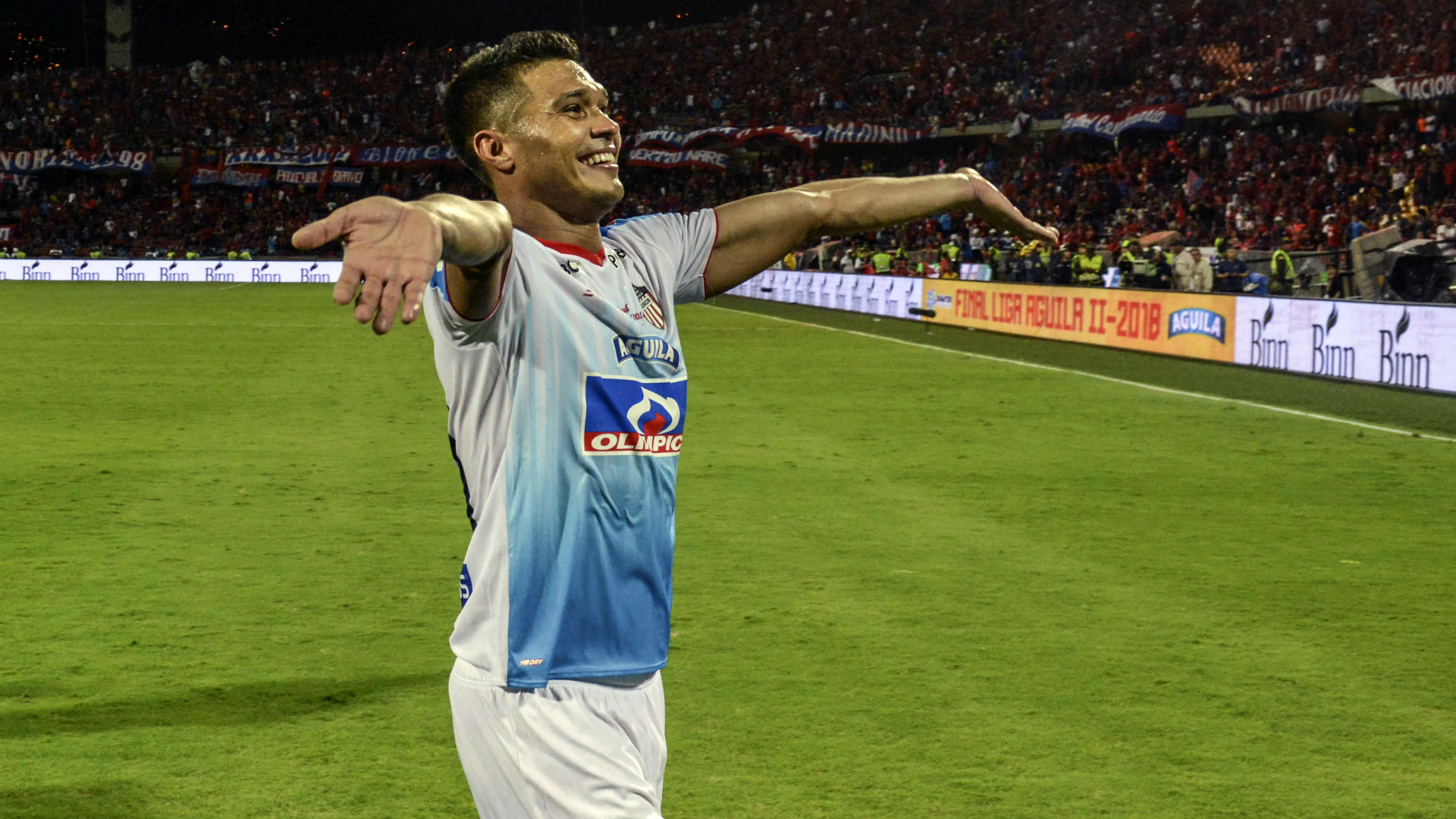 Junior supporters are still cursing their side's poor finishing in the CONMEBOL Sudamericana final against Athletico Paranaense. Not just because of the two penalties they missed in the two-legged final but for how many more chances they created than their rivals but failed to make them count.

Julio Comesaña, following the final defeat, resigned to take over at Colón de Santa Fe. He has been replaced by Luis Fernando Suárez who guided Ecuador to the 2006 World Cup. As such the world will need to wait and see what style of football Suárez will impose on the side from Barranquilla.

Junior's class shines through Teófilo Gutiérrez. The Colombian striker has shown at every club he's represented exactly what he can do. You always have to back him to get on the score sheet.

After Teo, there's Luis Díaz who is one of the most talented number tens in South America. A fantastic dribbler with dangerous shooting range means he's capable of changing any match in an instant.

* The last team in the group will be one of : Melgar, Universidad de Chile, Delfín, Nacional (P) or Caracas 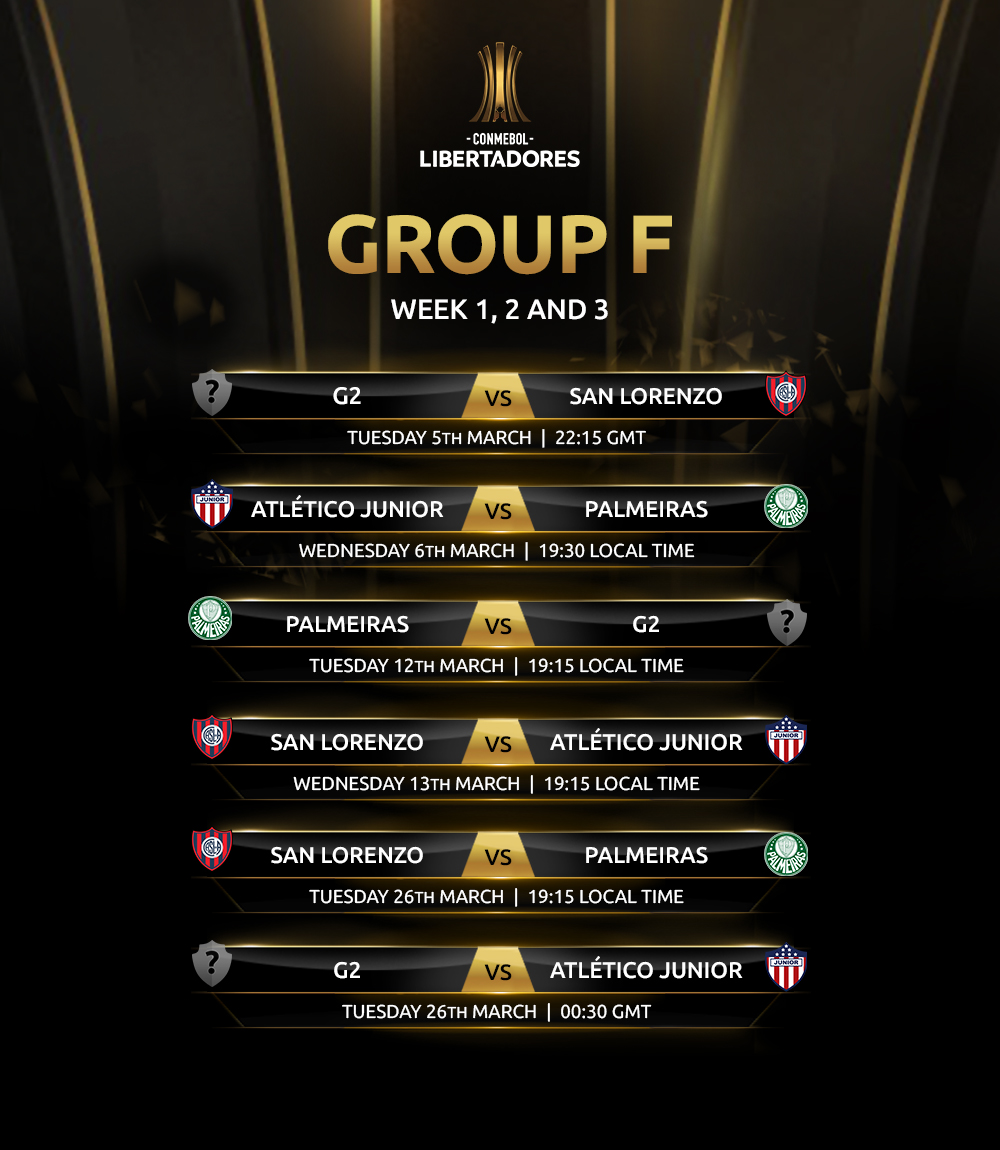 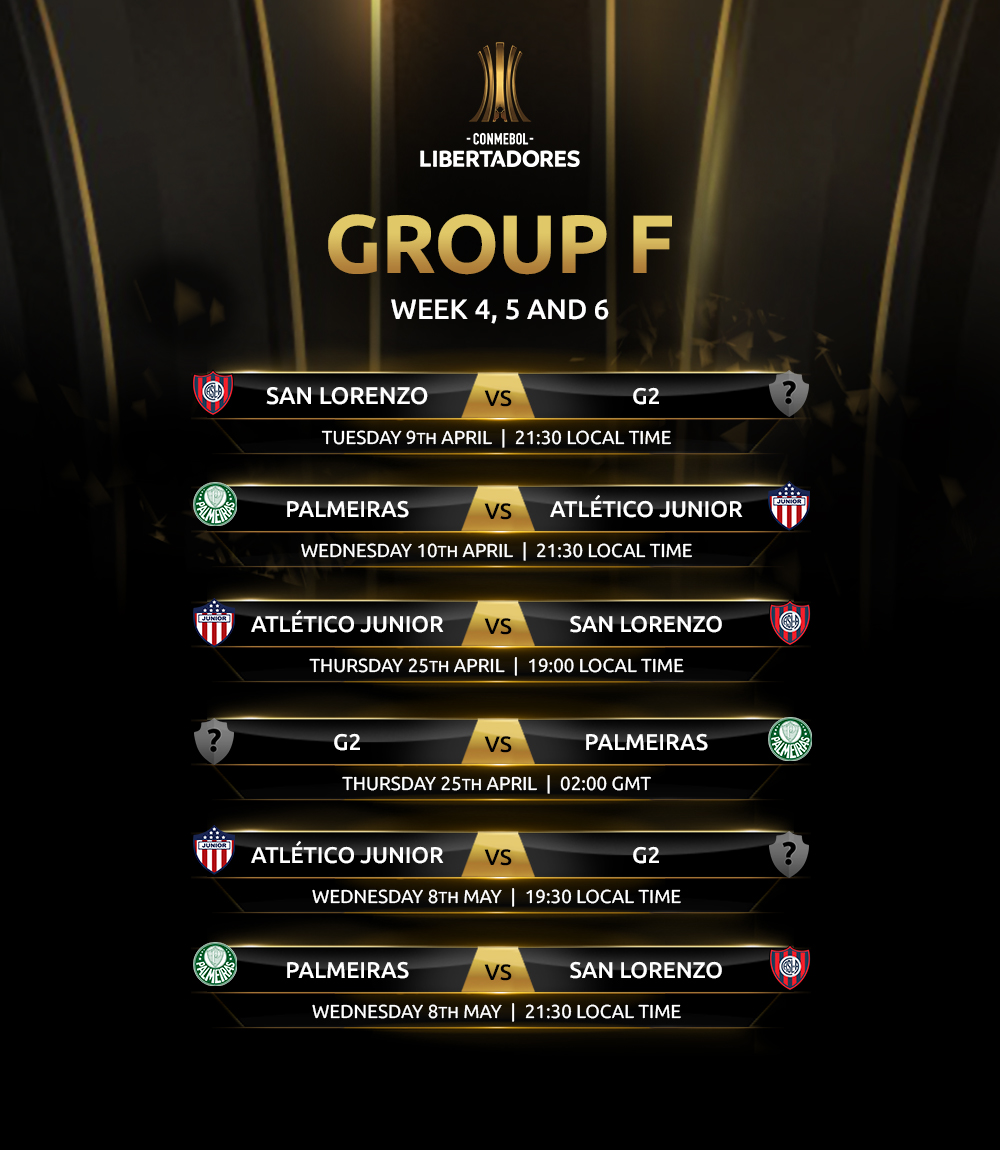