24/12/2018
@thelibertadores
The fourth team is yet to be decided but Nacional, Cerro Porteño and Zamora will all be competing for a place in the Last 16. 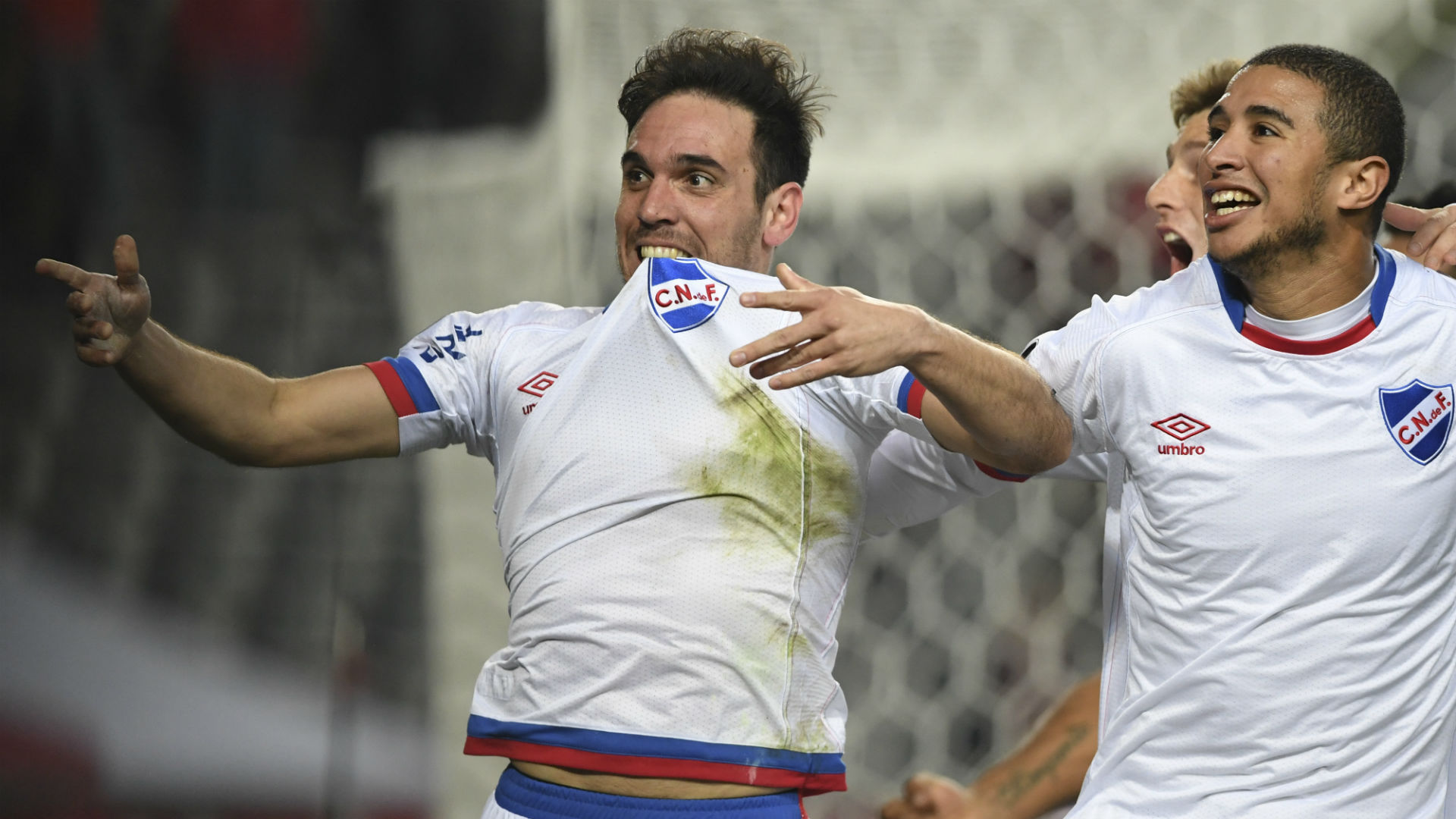 Nacional finished with 75% of the available points in the Uruguayan championship. That's a total only bettered by the Nacional side managed by Juan Ramón Carrasco in the 2010/11 season. However, they all counted for little when Peñarol, their heated rivals, beat them in the final thanks to a penalty scored by 'El Cebolla' Rodríguez in extra time. A few days later their coach, Alexander Medina, resigned. Now they must rebuild and launch another title fight.

They're a team full of talent. Their attack is one of the best on the continent. Gonzalo Bergessio and Sebastián Fernández are so complete: they have pace, are strong in the air, cause damage down the flanks and both are dangerous in front of goal. The 4-4-2 formation relies heavily on the two midfielders to help out in the defensive and attacking phases of play.

Their central midfielder, Christian Oliva, stands out from the crowd. The young 22-year-old is great at passing, is capable of running up and down the pitch all day and offers an important intensity to the side's play. He has a great connection with Santiago Romero as the pair look to take control of the midfield area. In the defence the team is also strong with Alexis Rolín and Rafael García two important, solid members of the backline. They are formidable in the air and when the team has to sit back and protect a result, they are extremely tough to break down.

Eduardo Domínguez has recently been confirmed as Nacional's new head coach for 2019. 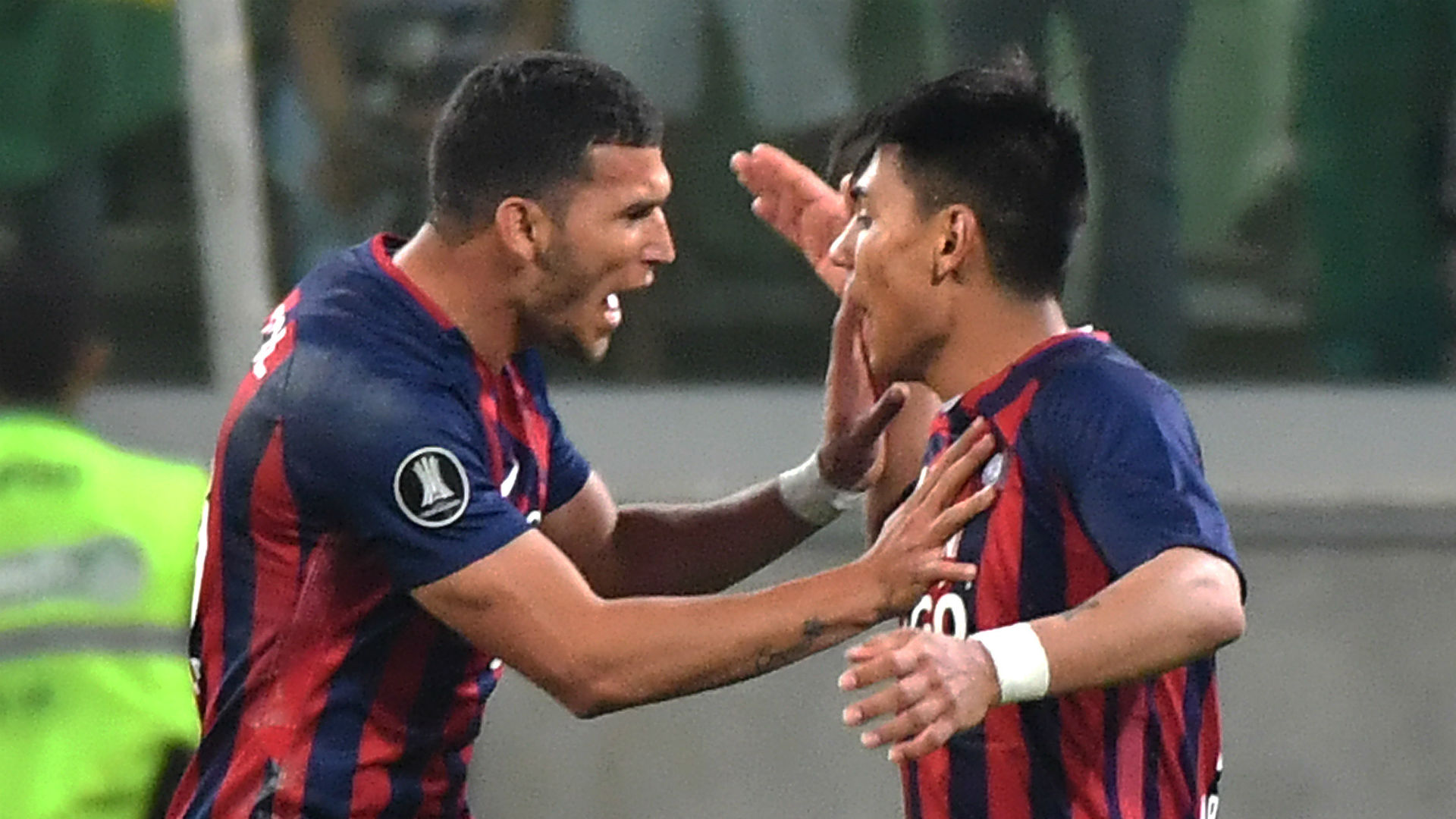 Fernando Jubero has already proven himself in Paraguayan football: at Libertad, Olimpia and now at Cerro Porteño. In the 2015 edition he showed his creditentials of managing a side in the knockout rounds of the CONMEBOL Libertadores, ultimately losing to River Plate in the semi-finals. The style of play he prefers is characterised by how his sides love to dominate the centre of the pitch and, with an experienced squad, is allowing the Cerro Porteño fans to dream of what might be.

They didn't perform poorly in the Paraguayan competition but Olimpia's impressive campaign stole the limelight. Cerro Porteño finished second but were 20 points behind the winners. The goalscoring exploits of their strikers, Diego Churín and Jorge Benítez, couldn't close the gap any further.

Cerro have an experienced side - the good and bad which comes with that - and welcome back the classy Julio Dos Santos. Víctor Cáceres, Marcelo Palau, Marcos Cáceres, Álvaro Pereira, Nelson Haedo Valdez will all remain at the side. There are also likely to be some new editions to the side before next season too. That experience comes at a cost though and it invariably slows down the team's tempo and injuries could work against them.

Jubero has only been at Cerro for six months. This season will be key as he looks to form his own style on the team he inherited. He's expected to add more depth to the midfield areas so they'll be able to control possession. The club is expected to sign at least five new players ahead of the CONMEBOL Libertadores 2019. 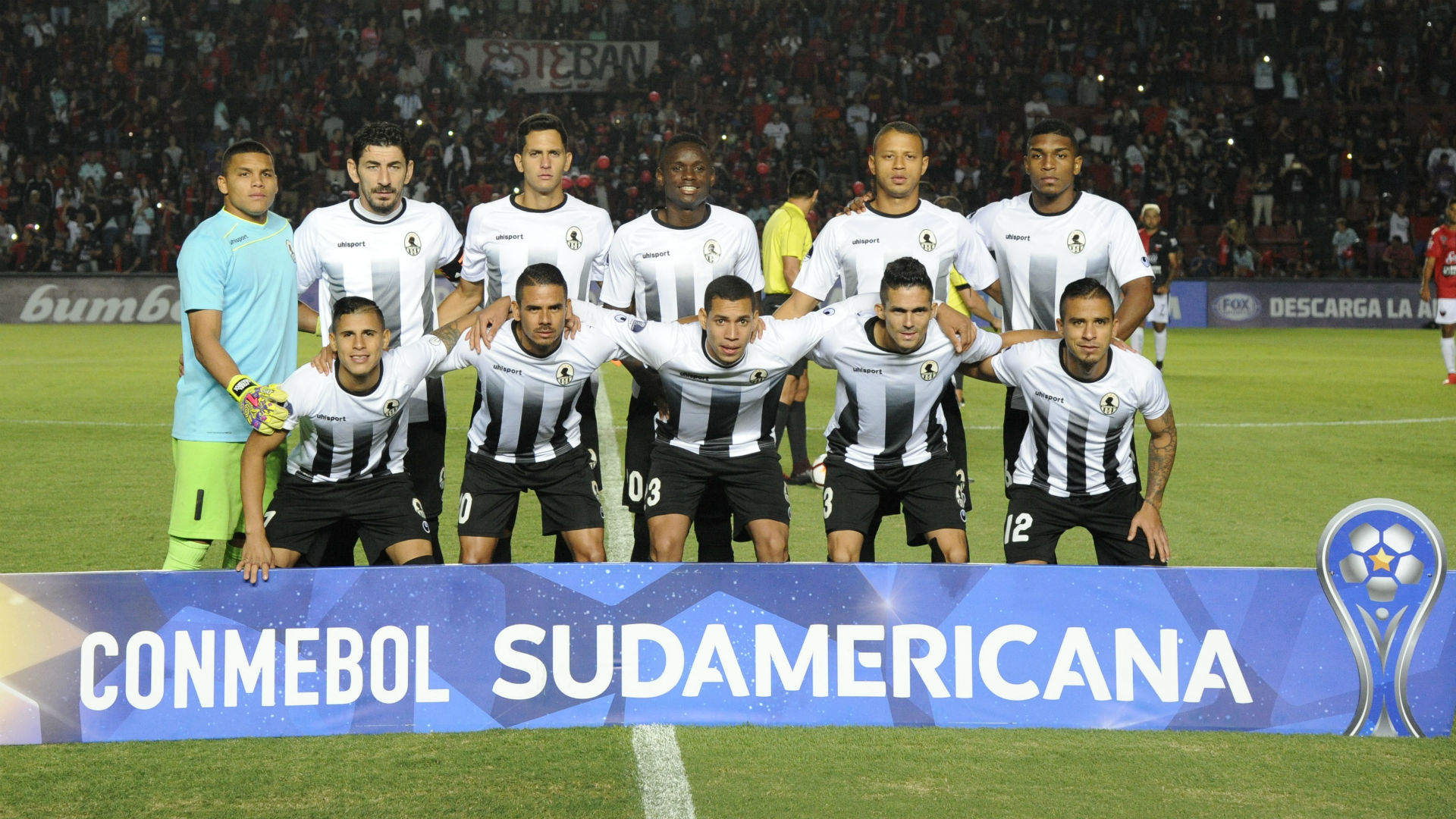 Zamora are having one of their best ever years. They won the Torneo Apertura, reached the quarter finals of the Clausura and in the grand final beat Deportivo Lara to secure a place in the CONMEBOL Libertadores 2019 group stages. Although they weren't able to maintain such a high level throughout the year they constantly pushing for top spot.

Their star man was the top scorer in the Venezuelan league: Antony Uribe. The striker scored 15 goals and loves going on long, mazy runs. He's extremely dangerous once he closes in on the opposition's goal. Perhaps the pick of his goals was an overhead kick which only goes to prove how deadly he is in the box for Zamora.

Another important piece of this Zamora side is the exciting Antonio Romero. The young midfielder, who has already played in the Czech league, was crucial as his team picked up trophies. Romero is the man tasked with linking up to the lone striker in coach Ali Cañas' favoured 4-2-3-1 formation.

The last team in the group will be one of Club Bolívar, Defensor Sporting, Barcelona, Danubio or Atlético Mineiro. 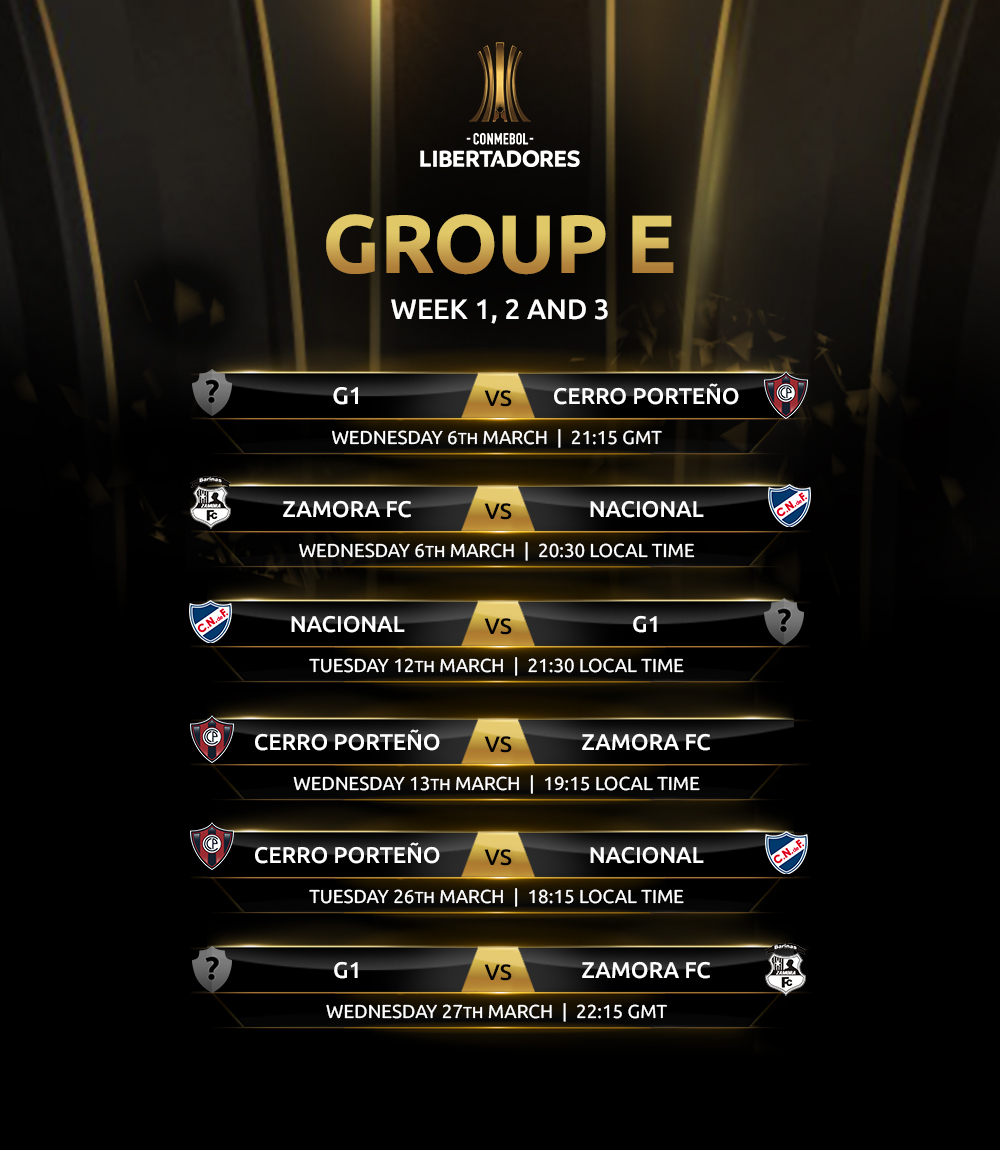 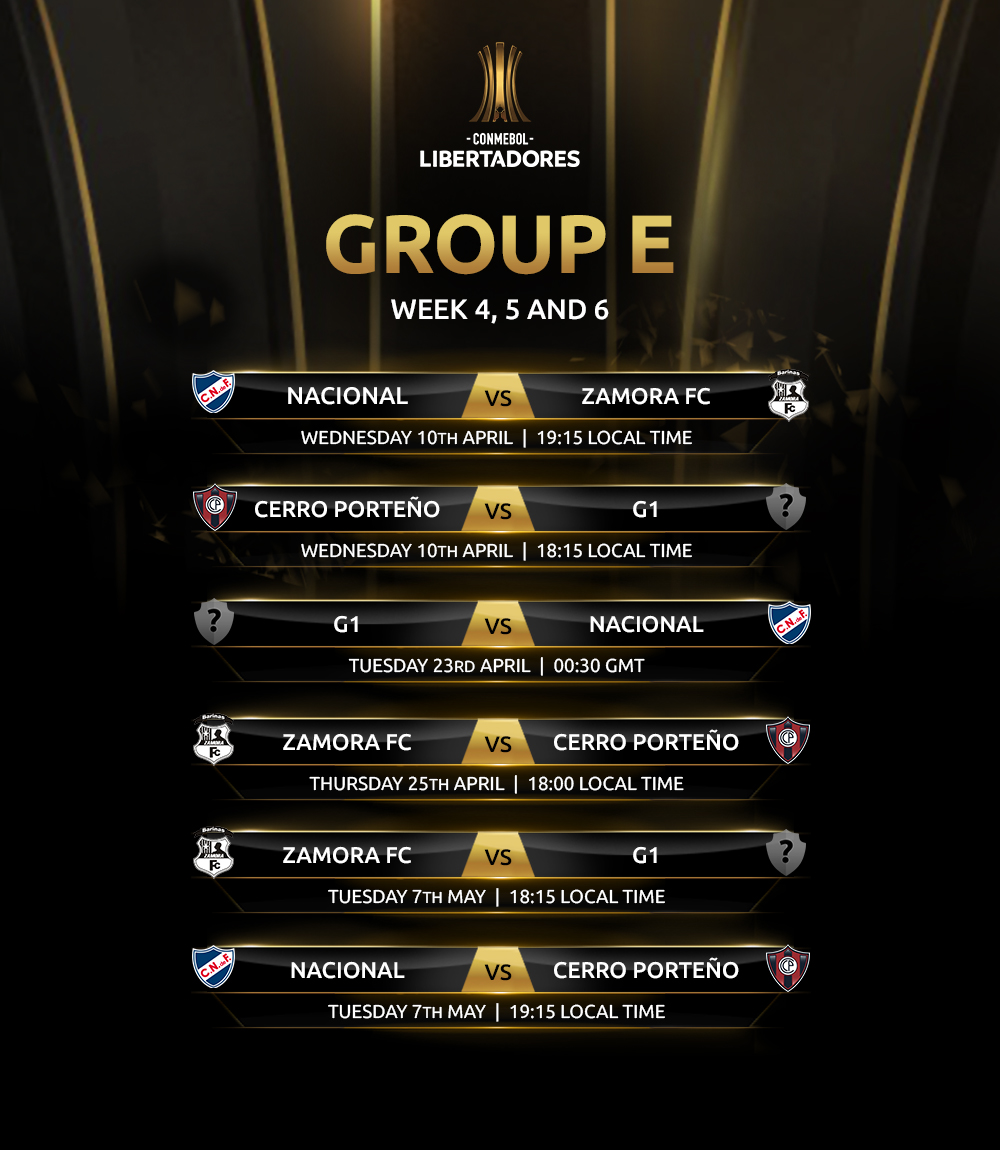